Tune-Yards: I can feel you creep into my private life 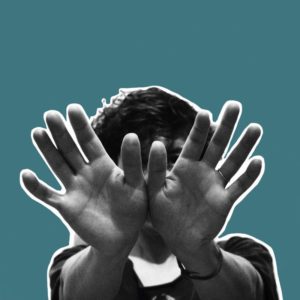 I can feel you creep into my private life
4AD

Merrill Garbus is the indie kids’ darling right now.  She’s eclectic, she wears makeup on-stage, she uses odd instrumentation in making her music, and she speaks righteously in her lyrics.  So, yeah, it’s kinda obvious why.  Tune-Yards is the collaborative project between Garbus and Nate Brenner, and their new album is blowing up.  And, I can see why.  Tune-Yards have existed on the periphery of my attention span for a few years now, my nieces (who all have most excellent taste in music) have talked of them.  And, so now, finally, I have paid attention.

I can feel you creep… not only has a killer title, but in all ways, shapes, and manners, is a killer album.  I can’t tell if they construct their music around the beats, the beats around the music, the music around the lyrics, or the lyrics around the music.  I guess it doesn’t matter.  Tune-Yards make use of odd syncopations, off-kilter beats, pounding EDM (occasionally), mixed with blips, screeches, bass guitar, ukelele, and general percussion, as well as horns, to create a pastiche of music.  In a sense, Tune-Yards are descendants of Beck.  For those of you historically-inclined, you may recall that away back in the 90s, Beck was a ground-breaking musician, who made music using odd and off beats, syncopations, and so on.  So, too, did NYC band Soul Coughing.

But it’s not just the music.  Garbus’ voice is unique, and, to be honest, I didn’t like it all that much when I first put this on.  But it grows on you; she sounds metallic and inflexible.  But, as the album goes on, I realized that while her voice is metallic, it bounces all around the register.  And her lyrics.  She is a woman with a very clear message, and she spends a lot of her time dissecting her own privilege as a white woman.  Part of this comes from her own realization that her music is indebted to Africa, indigenous Americans, the Caribbean, and so on.  And part of it comes from her experiences walking through the world.

She spent some time doing anti-racist work in the East Bay area of California, where Tune-Yards are based, seeking to, essentially, decolonize herself and her thinking, and came out of that, and other work, seeking to re-think her whiteness and whiteness in general as part of a multi-racial world.  Personally, I think this is brilliant, as it is necessary for white people to think about these things, the sorts of things that make us uncomfortable.

The result is searing in terms of Garbus’ lyrics.  Take, for example, the track, ‘Colonizer.’  I had to stop and re-play it three times, it hit like a ton of bricks.  The first verse: ‘I use my white woman’s voice to interpret my travels with African men/I turn on my white woman’s voice to contextualize acts of my white women friends/I cry my white woman tears carving grooves in my cheeks to display what I meant/I smell the blood in my voice.’  The entire album is like there, where Garbus deconstructs white privilege and, for that reason alone, this album should be essential listening.

And yet, at the same time, speaking of white privilege, a lot of what Garbus has to tell us is much like what Xenia Rubinos has to tell us.  The beats these women sing over are also very similar.  But, only one of these women is blowing up as the darling of the hipsters.

This is not a slight on Garbus, but it does speak to the powers of racism and the structures of power that Garbus is attempting to break down.