This is the second part of my completely subjective best of 2018, music-wise.  Part I was published on Monday.  Music is a central part of my life, there is almost always music playing in our house, in our cars.  Or I am playing music.  I have a collection of musician friends, I am always amazed by their creativity.  And in the dark times we live in, I find I need music more than ever to give me some balance.  So, without further ado, the best of the second half of 2018: 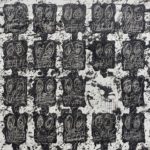 We know Black Thought from his day job as the frontman of Philadelphia’s long-running The Roots.  From this position, Thought has distinguished himself as one of the best lyricists and deft word-smiths of hip hop.  Streams of Thought, both volumes, is essentially his solo début.  Damn. 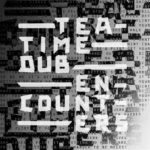 The legendary Iggy Pop and the equally legendary Underworld.  A collection of songs recorded in a hotel around the time of the Trainspotting 2 soundtrack.  Iggy is hilarious and profound, Underworld provide the soundtrack and Carl Hyde’s vocals serve as a counterpoint to Iggy.  I listened to this on an endless loop wandering around Beijing this summer. 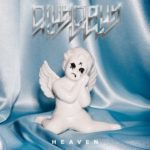 Toronto’s Dilly Dally outdo themselves here with a collection of screeching guitars and modern alienation, the Smashing Pumpkins’ early template updated, but Katie Monks, et al. give us brilliance here.  If this isn’t the Polaris Prize winner for 2018, there should be a Royal Inquiry.

Idles, Joy As An Act Of Resistance (Partisan) 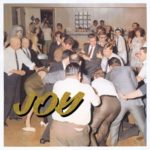 As far as I’m concerned, Idles are the most vital band around.  Four working class yobs from Bristol with a devastating sense of humour, which they need to savagely deconstruct racism, homophobia, classism, and toxic masculinity.  Frontman Joe Talbot’s voice is full of fury, incredulousness, and pain.  His band provide him the perfect soundtrack. 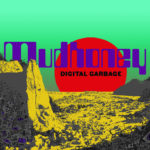 Mudhoney are all in their mid-to-late 50s now.  And how middle-aged men sound this pissed off and how they make music this essential is impressive.  Mark Arm sounds more pissed off now than ever, and this is the first truly political Mudhoney album, as Arm and Company apply their own punked out spirit to our clusterbombfuck times. 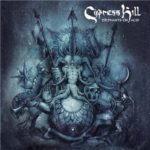 Cypress Hill made an unexpected comeback in 2018, centred around the reunion of B-Real and Sen Dog and DJ Muggs discovers his paranoid mojo in building the beats.

Johnson is a hero to the underground, the longtime face behind Olympia, WA’s K Records and the former frontman of The Beat Happening.  A Wonderful Beast, his most recent solo album, is a wonderful collection of songs centred around Johnson’s singular bass voice.

Fucked Up, Dose Your Dreams (Merge) 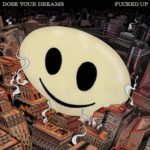 This was Fucked Up’s attempt to get past or around Damien Abraham’s voice, but the problem is that Fucked Up IS his voice.  So when he does make his appearances on this album, on about 80% of the album, we are taken from excellent, but ultimately generic alt.rock to something brilliant and transcendent. 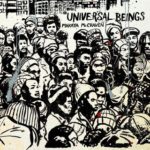 A double album from the drummer and beats master, recorded live in four cities (London, New York, Chicago, Los Angeles), one per side, Universal Beings brings McCraven’s genius to the fore. 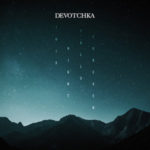 A welcome return from DeVotchka, who have been mostly silent for the past 8 years or so, This Night Falls Forever sees them push their orchestral indie sound to new heights. 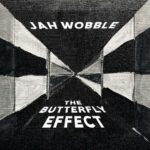 Wobble is my favourite bassist, the founding bassist of Public Image Ltd. back in the late 70s.  The Butterfly Effect considers the immutable changes of the world around us, and the chaos in which we live, including a hilarious rumination on a Cockney attempting to stay in a 5-star hotel in Stepney, London.