As we sat around over the holidays discussing the past few years, we realized that we called 2016 a tire fire.  That made 2017 a dumpster fire.  So what was 2018?  We struggled with this, but ultimately, we decided it was just a clusterbombfuck.  We invented a brand new word for 2018!  Last year wasn’t as brutal with killing musicians as 2016 and 2017 was, I guess.  But we still lost some greats last year.  Pete Shelley, of the Buzzocks is gone.  Country legend Roy Clark also checked out. The legendary French chansonier, Charles Aznavour left.  And so did Marty Balin of Jefferson Airplane.  The great French-Algerian singer, Rachid Taha died of a heart attack. Rapper Mac Miller lost his battle with drugs.  The Queen of Soul, Aretha Franklin went to her Great Reward. Ed King of Lynyrd Skinner died. Charles Neville checked out.  So did the rapper XXXTentacion.  Legendary punk drummer, Charlie Quintana is dead.  Delores O’Riordan, frontwoman of the Crandberries is gone.  The legendary brains behind the Muscle Shoals Sound, Rick Hall left us.  Steve Soto of the Adolescents passed away. The brilliant drummer Vinnie Paul died.  The Grateful Dead’s John Perry Barlow (no relation) joined Jerry Garcia in the sky.  OK, I take it back.  2018 was a mean killer too.

But we have some great music from last year’s clusterfuckbomb.  And this is my completely subjective listing of the best music of 2018. 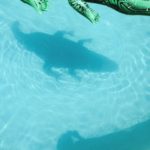 Headed by indiosyncratic singer and guitarist, Rachel Aggs, Shopping are generally classified as post-punk, but are all over the map, driven by Aggs’ guitar and voice, all angles and sharp turns. 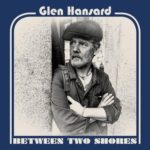 Hansard is a quasi-legendary Irish troubadour, former frontman of Dublin band, The Frames.  An unapologetic romantic, he shot to world wide fame as one half of The Swell Season with Markéta Irglová in the 2006 movie, Once.  Here we get more of the same, aching romance, tuneful songs, and some wicked guitar.

Superchunk, What A Time to Be Alive (Merge) 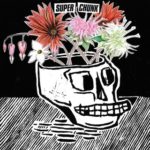 Superchunk are legendary in indie rock circles and this, their response to our dark times, is an absolutely brilliant tour-de-force of confusion, anger, and indignation, centred around Mac McCoughan’s unique, high-pitched voice. 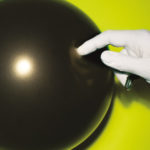 Montréal’s Suuns are one of the most fascinating bands out there, centred around fat beats and shimmering guitars and Ben Shamie’s disjointed, ethereal voice.  This album saw them return to the beats and loops of their earlier work.

Camp Cope, How to Socialize And Make Friends (Run for Cover)

Ride were the most adventurous of the original 90s shoegazer bands, though they always rejected the label due to their classic rock leanings.  After an acrimonious split in the late 90s, they returned in 2017 with the excellent Weather Diaries.  This ep was a collection of leftovers from those sessions.  But they don’t sound as such.  The brilliant track, ‘Pulsar,’ stands with their work from the early 90s.

The Breeders, All Nerve (4AD) 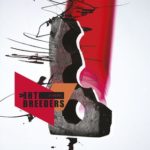 Kim Deal.  Kelly Deal.  The classic lineup.  That’s all you need to know.

This is a brilliant concept album from the underground hip hop mainstays (and real world couple).  Skewering the dislocation of our world, whether economic, social, or political, Grae and Chris deconstruct our misery in countless entertaining ways.  Easily the best hip hop of 2018.

Czarface & MF DOOM, Czarface Meets Metal Face (Get On Down!) 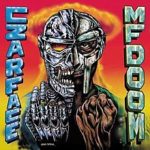 DOOM has been coasting for a few years, I have to admit.  Then this dropped.  Czarface is a Boston-based hip hop collective.  DOOM is the Super Villain.  Rapping over their beats, and duetting with Inspectah Deck (yes, that Inspectah Deck) and Esoteric, DOOM sounds rejuvenated. 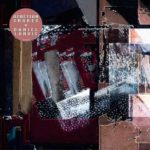 My buddy, Sébastien, calls this unlistenable.  I disagree.  It’s not easy listening, but it rewards repeated listening.  All beats, and various other noises and even some vocals.  Not for the faint-hearted.

Courtney Barnett, Tell Me How You Really Feel (Milk/Mom & Pop/Marathon) 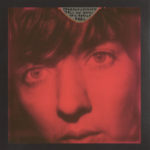 More Courtney Barnett and her guitar, and her world-weary views.  What’s not to like?

Lamontagne is a singular artist, he is classified as a singer/songwriter, but he creates soundscapes which he then brushes with his gentle voice.  He is, for my money, one of the greatest songwriters in the United States today.