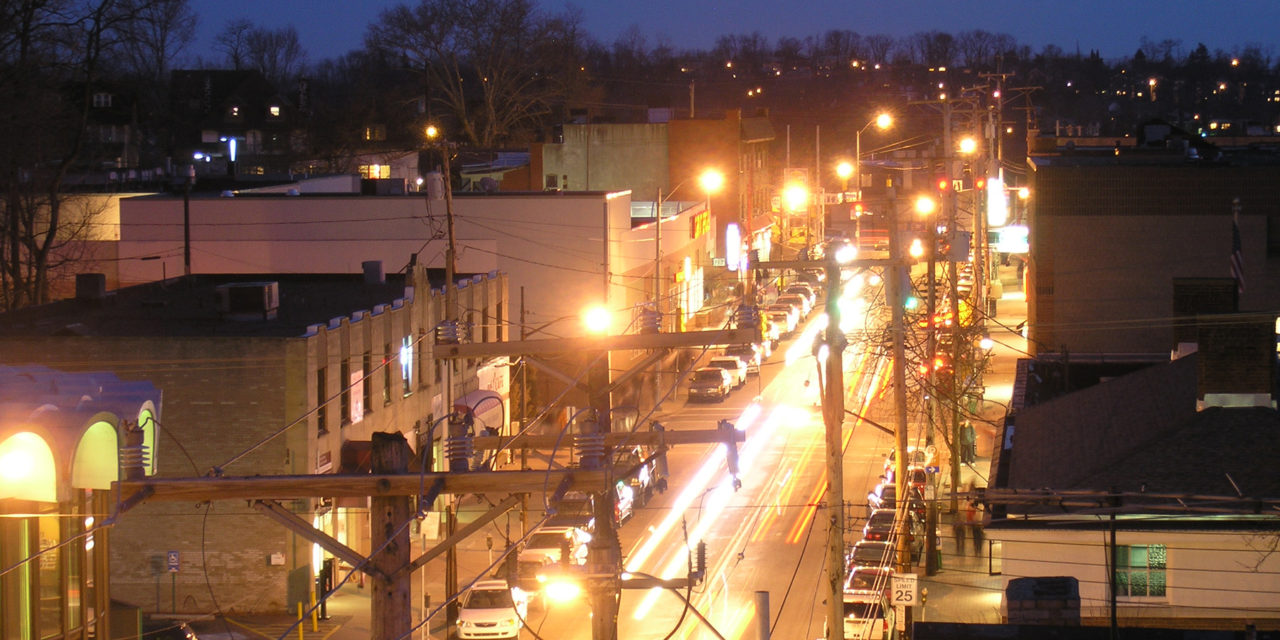 I live in Squirrel Hill. I moved to Pittsburgh fourteen years ago to take a job as a professor at Carnegie Mellon University and have lived in Squirrel Hill since, for the most part in Maxon Towers on Shady and Forbes Avenues, a tall apartment building three blocks from the Tree of Life synagogue. Looking north, I can see the white roofs of Tree of Life from my balcony.

I am not Jewish, I am a WASP, and that is one reason why I write this. Because they are my neighbors. In all the reports, it is obviously and painfully a primary fact that those terrorized and murdered were Jewish, and were targeted because they are Jewish. But this is not just an issue of the Jewish community, and this is not a story that should be reduced to that fact in our memory of it.

This crime attacks all of us who live in Squirrel Hill, and Pittsburgh, and anywhere else. Especially if we think that we carry a special calling because we are Americans, where we espouse freedom of religion and believe in equality. The gunman at Tree of Life attacked my neighbors and thus attacks me, and all of us. That includes people who are Muslims, or Buddhists, or lapsed churchgoers like me. So the crime is not only anti-Semitic, but anti-American.

When I tell people from outside Pittsburgh that I live in Squirrel Hill, they look perplexed and wonder if it’s a rural neighborhood. I used to joke that that real estate agents need to devise a better name for it. On the edge of the massive green space of Frick Park, it bounds the eastern side of the metro area, and it indeed is a hill with a lot of squirrels, but also a bustling city neighborhood.

I live in Squirrel Hill because it is a great village inside a city. It reminds me of the neighborhood where my daughter lives in Brooklyn or those I’ve seen in other cities, with its own set of restaurants, shops, groceries, schools, churches, all within walking distance, but without the hassles of New York, like long commutes and astronomical rents.

Because of the terrain, Pittsburgh is a city of such neighborhoods and villages. If you look at a map on a flat screen, it looks like they simply feed into each other. Coming from Long Island, I was used to towns that flowed into one another, but Long Island is effectively a long sand bar, and the borders between towns are almost indistinguishable. But in Pittsburgh there are hills and ravines and hollows, and tons of green spaces, and it is no exaggeration that it is a “city of bridges”—you wind over a hill or a bridge, and you’re in a different village. It’s no fun driving if you’re from out of town.

My families originally hail mostly from England, some from France, and have been on Long Island since colonial times, with the surnames Williams, Hallock, and Overton. There is even a town named Hallockville, and my grandfather rang the church bell every Sunday at the Congregational Church in Lake Grove that was founded in 1818 and is now a historical site. If this crime is the legacy of that heritage, then I renounce it.

But it is a corrupt perversion of that legacy, and I do not accept that that should be its legacy.

While I am an English professor—you can roll your eyes if you’re on the right, but please don’t stop reading yet—I have an unusual course for a professor. For three years while I was in my twenties, I worked as a Correction Officer for the state of New York. So while some might immediately put me in the box of a liberal, I have seen murderers up close, more than most people right or left, and I believe in the rule of law, which we hear invoked fatuously all the time on TV, but even more than that, I believe in the rule of justice.

Which brings me to the second reason why I write this. In many of the reports I have heard, it is said that while it is unfortunate that there have been extreme statements on the right, “both sides” do the same thing. That is a trap of what I call “two-sidism,” like the argument about climate change, which holds those who deny it have a position equivalent to those on the other, despite the fact that 99% of scientists find it true. Or those on the right who espouse white nationalism are equivalent to those on the left who support, say, free college.

They are not equivalent, and to invoke “both sides” is a profound moral failure. It abets, as the immigrant philosopher Hannah Arendt said of the holocaust, the “banality of evil” of those who just follow their party.

It presents politics as a winner-take-all game, as if we’re involved in a football game in which we root for only one side, and only one side wins, with the other rendered null. We have become too inured to the banality of talking points and the cynical politics of winner-take-all.

The shooter in Squirrel Hill took away not only the freedom of religion but the equality of those in the synagogue, and Jews in general, as well as any others he seemed to believe were not American, not to mention human. Which includes so many others—African Americans, Arab Americans, Asian Americans, or WASPs like me.

Jeffrey J. Williams is a Professor of English at Carnegie Mellon University. His first book, Theory and the Novel: Narrative Reflexivity in the British Tradition (Cambridge, 1998), deals with English and American fiction from the eighteenth century to the twentieth, although more recently he has concentrated on contemporary fiction, one result of which is “The Plutocratic Imagination” in Dissent 2013, and another the influence of generations in recent fiction in the Chronicle of Higher Education.