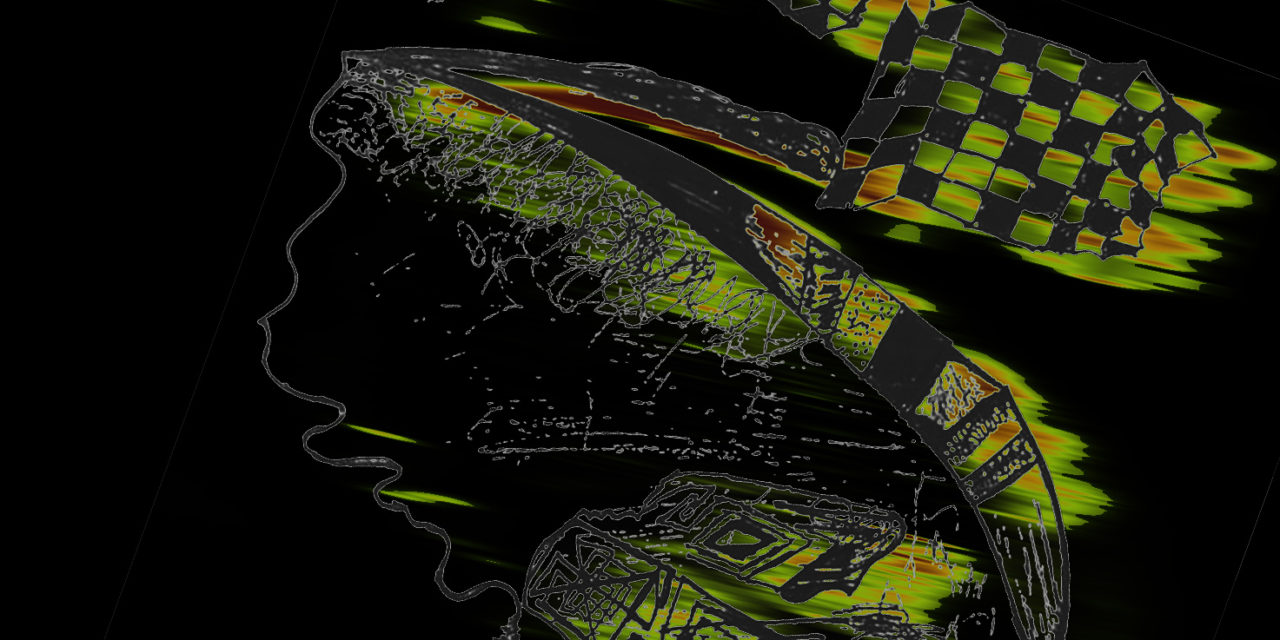 Laura Winton’s “Custom Car Parade” is our 21st installment. This is also our first installment featuring a recording of the poet reading their work. Deeply in touch with our age of precariousness, Winton’s driver dares us to risk what little mileage we have left–and possibly win back something much bigger, like freedom.

and yet
this body is already starting to wear itself out.
not–i think–the normal tire
of just getting a little older
day by day,
but the fatigue of
wanting to get this over with,
of knowing
that my time will be here
before you know it
that i’ll never need
pension
or nursing home
or children or
grandchildren
running to my side
or dr. kevorkian
to crash my birthday party

these innards were born old, this body knowing
that it was middle aged before it got to be young
that knew its days were so numbered that shoplifted time
and experiences
and fun and friends
with kleptomaniacal glee
knowing that I’d just have to take it all back and apologize
and probably make restitution
while the shopkeeper grimaced at me
as if I were  Satan himself
as if i were the reason
his life didn’t turn out
as if his soul were dead
but his body kept going
not realizing that it had outworn its usefulness
that it was an empty container
a runaway skateboard
a driverless car

a sporty red one, locked up in the garage
its best days over– before
some one decided to recapture his youth and keep it
where sun and rain and wind and snow
and pavement and gravel and bird shit
could never touch it–
and fuck that–
when i’m done with you
you’re just done

we’ll drive this little car with the top down
and the birds will shit on it
and the sun will fade you and the snow will freeze you and the rain will soak you
and we’ll trash this little car
we’ll drop jujubes under the dash
and stuff french fries between the seats and
shove bills in the glove box and forget to pay them
and leave town so they’ll never
find us anyway and mostly
mostly it sucks
and the birds dump on it
and the rain rusts it,
but sometimes . . .
sometimes it was so

and the sun came through to keep us warm even when we dragging
up and down antarctica
and that perfect song
every once in a while
came on when no one was around
and you could drive eighty and scream it out the window
the best song in the whole world to drive to
and you had just a little
teeny weeny glimpse
of that feeling that you kept waiting around for
that feeling that made you put up with all the bird doody
that feeling that you thought must be nirvana
but you found out was actually contained
in a silly meaningless song
played so loud you could barely make out the words
so loud the dashboard shook
and your eardrums rang
and you sang more out of tune than ethel merman with strep throat.

hell no
there’ll be no nostalgia trip
this time out
no second pass through
so when its done
ain’t nobody gonna put you back together
and make you keep going
like those old guys’ cars
no one’s gonna drive you through the custom car parade
behind the horse dung piles
and the off-key high school band in front of the shriners in their fezzes
no one’s gonna take you for a spin
on Sunday afternoons with those stupid funky flugel horns blaring
and the top down and their custom plates
that say things like
BOB’S EDSEL.

Laura Winton is a writer, performer, and academic.  She has published the journal Karawane: Or, the Temporary Death of the Bruitist on and off since 1997 and her own work has appeared in dozens of print and online journals and anthologies.  As a spoken word performer, “Custom Car Parade” is the closest thing she has to a pop song.