This fifth installment is Charles Bernstein’s meticulous detailing of the cars that have moved him on his journey. More than just metal (or today’s plastic bumpers and fascias), cars are among the technologies that tell the stories of our evolving life/work. 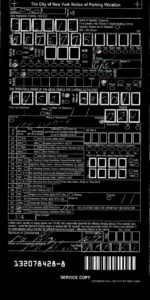 My first car I got from a friend of a college friend who fixed up cars in his backyard in New Jersey.  This must have been in 1970 and if memory serves (and why should it?).  It was a 1963 Chevrolet Impala: a beautiful car in not such great shape; my sense is that I paid very little for it.  Nor did I know much, at that time, about car maintenance: changing the oil, things like that. One day while stopped at the end of the parking lot driveway at the Fenway Cambridge Motor Hotel, where I was working for the summer as a cook, a car came racing down the hill toward the Charles River and crashed into the front-end of the Impala, totaling it.

I wouldn’t have been so lucky if that guy had crashed into my next car.  Susan and I arrived in British Columbia in January 1973 and went to all the downtown lots looking for a cheap used car.  The best we could do — Susan still likes to say we paid too much, but over the years she says this less frequently, now no more than a couple of times a month — is a 1968 red Volkswagen bug for $1200 Canadian, so far so good, but with 80,000 miles and “some” rusting on the front.  Neither Susan nor I had any experience with stick shifts, and we had quite a time driving the 30 miles to our house in Ruskin, with the emergency brake on ­— making that shift to first all the more … pronounced.  (We really learned to use the emergency break in combination with the clutch on the hills of San Francisco a few months later.)  Oh well and a great car too until the motor “passed” in San Bernadino on a 1975 trip to New York from Santa Barbara with my friend Stu Rubinstein (one time Bronx bagel baker who had remade himself as a physician’s assistant in a community clinic).  New motor installed, a couple of days behind, we hit the road.  The car made it through another four or five years of New York City potholes and assaults by radio-hungry passersby, but eventually the battery fell through the back seat and I called 1-800-CAR-CA$H to haul it away.

My next car was funded, in part, by a grant from the National Endowment for the Arts: I got $10,000 in 1980 as a Poetry Fellowship and promptly put half of that down at Bay Ridge Toyota for a brand new Tercel, just about the cheapest car on the market and highly rated by Consumer Reports, my bible in such matters.

When I moved to Buffalo in 1990, we drove up in the Toyota, but while we were there bought a new Ford Taurus wagon from Muck Motors.  Though when Nate Mackey came to Buffalo just about this time, he was amused that I was driving a station wagon. The idea was that this car could get a 44″ painting in the back, something that made it a lot easier to move Susan’s work around.

(Once I roped one of Susan’s paintings to the top our Tercel. While we were driving on the West Side Highway a gust blew under the canvas and the painting sailed all the way to the other side of the road. I made a quick U on the highway and was able to recover the painting, which has minimal damage. But after that I figured it was better to keep painting inside the car and also to use a roof rack. I also learned that you need to tie things to a roof horizontally and vertically –– a basic that eluded me at the time.)

We were a two-car family for something more than a year, then sold the car to Peter Gizzi and Elizabeth Willis (it was destroyed in an accident about a year later).

I got another Taurus Wagon from Muck Motors in 2000, passing the old one on to Loss Pequeño Glazier, who wanted it for his son. That one lasted for 12 years, until scaffolding debris unleashed by the wind gusts from Hurricane Sandy smashed the roof and windshield. The insurance adjuster told me the scrap metal was worth more than the car, which I took very personally. The next call I got was from a lady with a deep drawl who said she was from the Total Loss division of the company.

I’ve never written any poems about my cars though I have scribbled plenty of notes for poems in them.  I hope the next time I might be able to recount my journey from a Fountain XT clone to a Toshiba T3100SX laptop to a Compaq Prolinea to a series of Dell Latitude laptops (X200, D620, X-1) to a MacBook Pro; or the generational voyage of so many of us from WordStar to WordPerfect to Word.  About pens there is too much to provide any accurate record, but I do remember that red Parker T-ball jotter I got in 1964 …

Charles Bernstein is the author of Pitch of Poetry (University of Chicago, 2016) and Recalculating (Chicago, 2013). He is Donald T. Regan Professor of English and Comparative Literature at the University of Pennsylvania, where he is co-director of PennSound.