This is the second part of my completely subjective list of the best music of 2017.  Part I was published on Tuesday. As I noted in Part I, 2017 was a dumpster fire of a year in many ways, but there was also some brilliant music.  I don’t know about all y’all, but, for me, music is an essential component of the good life.  It is almost always playing in our house. Right now I’m listening to Kelly Lee Owens’ most excellent eponymous debut (more on that below).  Then there’s the guitars in the house.  I told a friend of mine this week that I generally do my serious music listening in the car, though.  And in 2017, I drove a lot.  I drove from our (now former home) in Southeastern Tennessee to Vancouver via New Mexico and the Southwest.  Then I drove home from Vancouver along the northern route, Idaho, Wyoming, Nebraska. It was epic.  Then we moved from Southeastern Tennessee back to Western Massachusetts.  I drove that as well. So there was a lot of time to listen to good music.  So, without further ado: 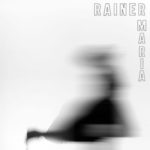 I don’t know how I never listened to Rainer Maria in their first go-round in the 00s.  But my buddy Karl got all excited about this new one on Facebook, so generally respecting his opinion (and his taste in hockey teams), I gave it a listen.  Some loud, 90s guitars.  And, really, that’s often all I need. 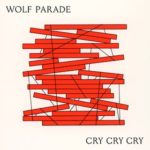 When the Wolf Parade packed it in back in 2012, probably no one was sadder than I.  Wolf Parade emerged out of the most productive period of music in my hometown of Montreal, along with a handful of other bands including Arcade Fire), and then seemed to fizzle out after releasing their best record, Expo 86.  That remains one of my top albums of all time.  So I was very excited when they reformed and promised a new album.  They did not disappoint.  And, frankly, simply their Leonard Cohen tribute, ‘Valley Boy’ was enough.  In this track, Spencer Krug wonders if Cohen checked out knowing what was coming down the pipe.  Cohen, of course, died the day before Trump was elected.  I am happy to have Wolf Parade back.

Sløtface, Try Not to Freak Out (Propeller Records) 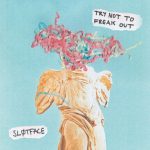 Ok, I have to be honest here, the frontwoman of Sløtface is my niece, Haley Shea.  But, the highest compliment I can pay her is that this is music I’d be blasting even if she weren’t.  Sløtface is a four-piece pop punk band from Stavangar, Norway and this is their début album.  It’s chock-a-bloc of perky, punch songs.  They’re also political, from protesting strip mining in Norway to Haley’s fiercely feminist lyrics.  This is some seriously good shit. 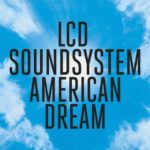 Another band that broke up and got back together without being a legacy act, LCD Soundsystem blew the field away with American Dream.  Frontman James Murphy got the band back together for our new era, he’s crafted an album redolent of of post-punk, angular guitars and live beats, tackling questions of friendship, ageing, and freedom.  Ideal for both the dance floor and late nights on the headphones. 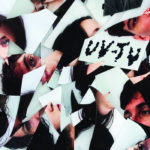 2017 seems to have been the year where feminism reared its head again and marched back into the mainstream of American life.  It’s not like it was ever gone, of course, but these are different times.  So maybe it was fitting that this was a year of female and female-fronted rock music.  UV-TV is a Florida band, fronted by Rose Vastola.  They write not only catchy guitar-heavy songs that bring the Jesus & Mary Chain back to my head, Vastola writes some wicked lyrics. 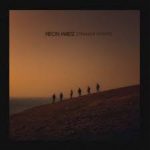 Neon Waltz are an unlikely rock band, or at least an unlikely band to get anywhere.  They’re from Wick, a tiny town at the far north-eastern tip of Scotland.  Wick is about 5 1/2 hours north of both Glasgow and Edinburgh, and around 11.5 hours north of London.  But Neon Waltz are here, and Strange Hymns is their début.  They sound to me like an 80s revival of the 1970s, warm sounds. Frontman Jordan Shearer also has a warm, honeyish voice.  I see glitter balls and gym floor when I listen to them. For a few weeks in September, this was all I listened to. 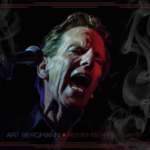 I reviewed this one in November.  What I said then still sounds.  I love this album. 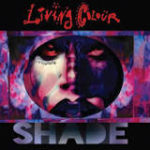 Of all the revivals of 90s bands, about one of the last I would’ve ever expected is Living Colour.  And, damn, if they don’t sound fierce and vital now, in their 50s, as they did 20 years ago in their 30s.  Preceded by lead single, ‘Who Shot Ya?’, Shade marks a return to form: fierce, shrieking guitars, a liquified rhythm section, and Corey Glover’s howls. 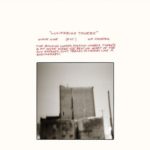 Somehow, without vocals or words, or even samples, GYBE make deeply political music composed of towering guitars.  I suppose that’s due to song titles like ‘Bosses Hang’, parts one, two, and three, and ‘Fam/Famine,’ and so on.  Musically, the Montreal band is as essential and compelling as ever in their second go around.

A single track from 90s riot grrrl stalwarts L7, but it’s a sneering, blast of ‘fuck you’ for you know who. 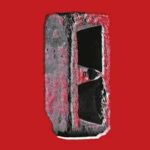 A single, 2-minute, 3-second track from Kim Deal and her reconstituted Last Splash-era Breeders.  Can we even begin to dream of an album?  According to the BBC, Kim Deal is hinting at a new on this year.  We can only be so lucky. 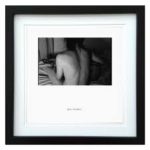 Cloher is unfortunately known more for being Courtney Barnett’s common-law wife.  And Barnett is, well, amazing.  But, so, too, is Cloher.  This eponymous album features Barnett on guitar, and her lazy, drawn out squeals are well-paced with Cloher’s laconic delivery.  The topics covered, though, are rather fascinating, as they deal with Cloher’s not-always-pretty response to Barnett’s sudden fame.  Cloher has been doing this for a long time and Barnett’s first album hit the stratosphere.  She is brutally honest of her jealousy here.  And her love.  And her sneering condescension for the jackasses of the world.  I love this album.  And it kicks the shit out of Barnett and Kurt Vile’s rather boring Lotta Sea Lice. 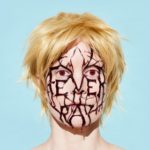 Karen Dreijer came to fame as one half of Swedish electronic duo The Knife, with her brother Rolf.  The Knife have gone their separate ways, and she has returned with her second Fever Ray album.  Highly political, deeply alienating, and strikingly beautiful, this is one of my favourite albums of the year. 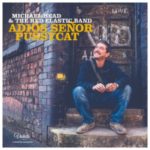 I reviewed this one about two months ago, at the start of November.  I stand by that, and I can report I continue to listen to this one a lot. 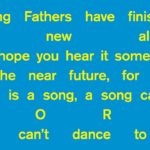 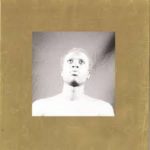 Two singles from perhaps the greatest artists in Scots history.  Young Fathers are technically classified as hip hop, but they’re more than that.  Their 2014 album, Dead, won the Mercury Prize. And deservedly so.  Their last proper album was in 2015.  The cover of the ‘Lord’ single says they’ve finished a new album and it should be out one day.  I hope that day is soon. 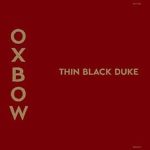 To say Oxbow have travelled under the radar since their début in San Francisco at the tail end of the 1990s would be an understatement.  My late great high school friend, Mike Robinson, got me listening to them when we were still in high school.  Their début album, Fuckface, was one of my favourites, and not just for the title (I was, after all, an adolescent boy).  But I forgot about them until my buddy Paddy tuned me in last month.  Thin Black Duke carries on apace, discordant guitars, shrieking/whispered/tortured vocals.  Not easy listening, but fucking great.

The Peelers, Palace of the Fiend (Stomp!) 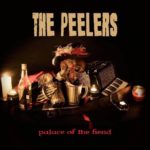 The Peelers have been around for a long time, since 1999, but this is only their second full-length.  Palace is 53 minutes of stomping, hard core, anthemic Celtic punk.  Led by frontman Dave Barton, The Peelers play the genre as it’s meant to be, without stereotyped Plastic Paddys, and with fiddles and tin whistles.  So, think the Dropkick Murphys crossed with the Pogues and traditional Irish music.  Catchy as hell too. 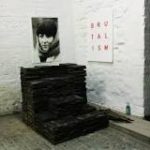 There seems to me to be a comeback of working-class, highly political  music in the UK.  I guess this is a function of the class war started by the Tories.  It’s like they’re back in the 80s.  Eagulls, a Leeds band, are part of this, too.  The genre appears to be post-punk.  Idles are, to be blunt, absolutely vicious.  Frontman Joe Talbot’s lyrics are cutting and brutal.  I can’t stop listening to this, sometimes several times a day.  I also love Talbot’s shout-out to Margaret Atwood in the midst of stand-out track ‘Mother,’ paraphrasing her: ‘Sexual violence doesn’t start and end with rape/It begins in our books and behind our school gates/Men are afraid women will laugh in their face/While women are scared it’s their lives men will take.’

Show Me the Body, Corpus I (Corpus) 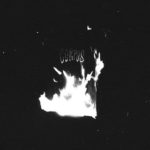 Show Me the Body are a NYC hardcore trio, the kind of which NYC is losing with its gentrification and general cleaning-up. Had they stepped off the streets of Lower Manhattan in 1982, no one would blink and eye, but it’s 2017 and they seem a throw-back.  But, they also fit the theme started by Eagulls and Idles across the Atlantic.  Corpus I is billed as a mix-tape, based as it is in EDM and hip hop.  It is also heavy, brutal, and hardcore.  I think there is a theme in what I listened to  in 2017. 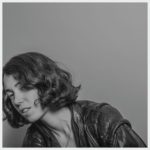 OK, just to break that theme of brutalism, I’ll talk about this here.  Owens has kind of come out of nowhere in the UK, first as a producer, and now with her brilliant début album.  Beautiful and gorgeous electronic music.  This is also on heavy rotation. 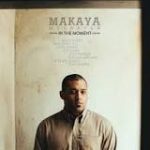 In a lot of ways, when it comes to  music, I get by with a little help from my friends.  And in this case, my good friend back home in Montreal, Jean-Sébastian pointed this out to me.  McCraven is a drummer by training, from Western Massachusetts, but now based in Chicago.  His music is a cross of hip hop and jazz, without lyrics, and just brilliant.  I’m really digging on this one.