Why is this Night Different? The Problem of the Christian Seder 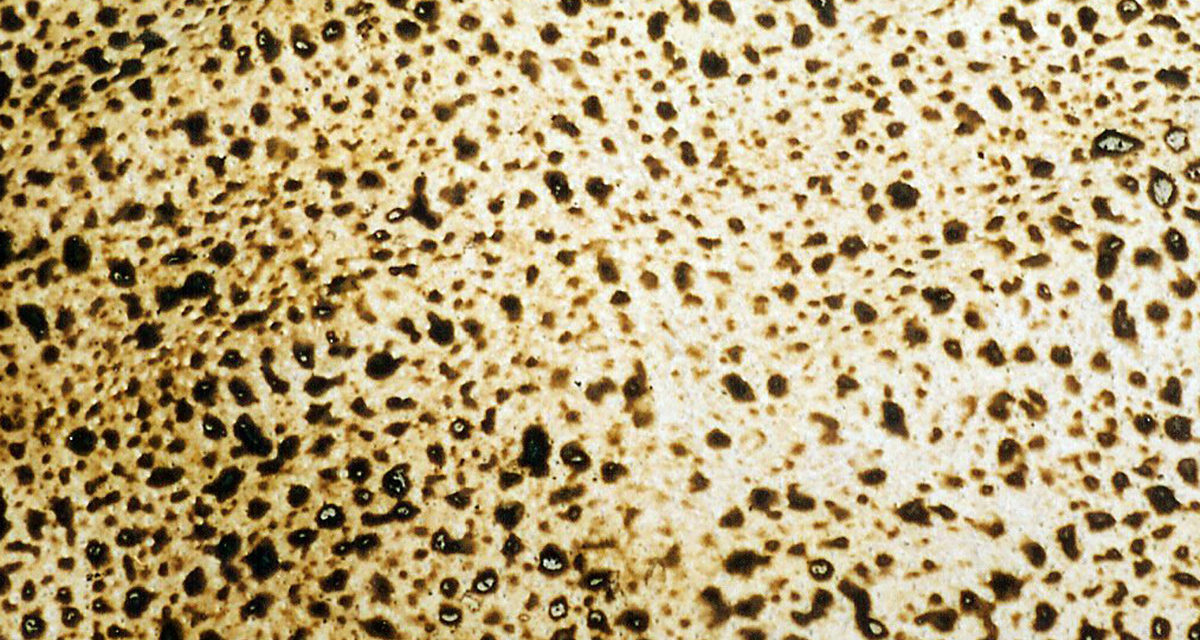 Beth Cole had not yet decided whether or not she would make a brisket for the Passover Seder this week. “I was going to bring the brisket, but I think I’m going to do a roast chicken, because I have to cook for, like, ten people,” she says. Besides, it isn’t her Seder; she will be a guest at the home of one of her fellow congregants of the Willow Creek Community Church in South Barrington, IL.

Although once an unusual practice historically condemned by Church leaders, Christian Seders have become an increasingly common feature of Holy Week observance in Evangelical, and even some mainline Protestant communities. There are sites across the World Wide Web offering advice to Christians on how to prepare the traditional Passover meal, articles by Messianic Jewish rabbis about how to approach the ritual meal with some integrity, even Haggadot tailored to a Christian observance.

“I’ve been hearing about them for many years,” says New York-based writer Toni Kamins. “I don’t know how pervasive they are, but if they’re being written about in various media it’s probably more than the personal quirk of a few individuals.”

Cole says she attended Christian Seders on Maundy Thursday – the Thursday before Good Friday in the Anglican tradition – when she was a member of the Episcopalian Church, although this week’s will be the first with her Evangelical congregation.

“It’s still a Passover Seder with all the traditions of a Passover Seder, with the mortar, the bitter herbs, and the lamb shank, the egg – with everything on the Seder plate,” she says. They will answer the Four Questions, drink four glasses of wine, and the children will search for the Afikomen. “It starts to take a little bit of a turn when we talk about the prophecy that was in the Old Testament that was fulfilled in the New Testament with Christ coming and his death.”

Indeed, many Christians find that the traditional Seder meal, arguably the meal eaten at the Last Supper, is rich in Christian significance and symbolism. For many, the perforations on the Matzah evoke the wounds – stripes – endured by the savior as he was whipped; the lamb shank on the Seder plate represents the sacrifice of the “Lamb of God;” the bitter herbs remind them of the crucifixion and the greens of resurrection.

Allie Graham, from Princeton, was raised in a Jewish family that joined the Episcopalian Church when she was 12, but she has “actively avoided” Christian Seders. “What I have heard when I’ve asked, is that the  music isn’t really there in the same way I remember it from when I was growing up… and there’s less of a ‘fun’ celebratory component,” she says.

For Cole, the Seder is an essential Holy Week observance and a corrective for the chocolate eggs and bunnies of the secularized Easter. “It helps us solidify Easter in what that true meaning of Easter is,” she says. “In the Jewish tradition, the Seder is the story of Passover and God redeeming the Israelites out of Egypt; delivering them from slavery. For us, it represents Christ dying for our sins and saving us from a life of sin and bondage.”

It also provides Cole with an element of ritual that she misses. “In the Evangelical Church, there’s not so much ritual; there are some worship hymns, and a song, and a lot of scripture – which is awesome – reading the Old testament, and reading the New Testament,” she says. “But there’s not a lot of ritual there that brings, I think, a more significant meaning to the holiday.”

Although many Evangelical Christians find that the Seder, and the story of the Exodus, resonates deeply with the own beliefs, many Jews find the practice of Christian Seders perplexing. Kamins, who is Jewish, has never attended a Christian Seder but, as they have become more common, she is curious know what they are all about. “I was invited to one once, but declined the invitation,” Kamins says. “Were I to be invited again I would probably go just to see what they were doing.”

Others find the whole idea deeply unsettling. One need only raise the question in a Jewish social media forum to be met with a torrent of shock, dismay, even horror. “I can’t believe Christians would even do this,” one participant in a Facebook group said. At the heart of it all is the thorny problem of cultural appropriation. Passover is utterly central to Jewish identity and beliefs. The Seder is an annual re-telling of the deliverance of the Jewish people – as a people – from slavery and the Haggadah makes it clear that God did not “deliver them,” some distant ancient people, he “delivered us.”

“It’s cultural appropriation one hundred percent,” Graham says. “It feels like a performance. It’s people who have heard of or read about Seders leading them to the same – it hasn’t been passed down.”

The whole point of Passover is that the reading of the Haggadah around the Seder table is not an abstract story, says Paul Olioff, an educator from Montreal. “Those Jewish customs which some non-Jews are now embracing were practiced for years under the worst conditions, where every lit candle and every prayer risked being disrupted by the violent arm of authority, and entire communities prayed not only for a future homeland in Jerusalem, but for their very existence in that temporary space to last until the holidays the following year,” he says. “It’s not just an aesthetic, but a tribute to a people who survived against all odds for centuries as a perceived enemy and a geographical minority. When I go to a Seder, I am initially amazed the tradition has survived for this long.”

Yet cultural appropriation has become something of a norm in the United States, notes Ari Greenbaum. Jewish tradition has become something of a grab-bag of props Fiddler on the Roof that Gentiles use to confer either spiritual authority or meaning on their non-Jewish practices. The New York Times reported in 2011 of a non-Jewish couple – he is Catholic and she is Episcopalian – who were married under a chuppa (a traditional wedding canopy), stomped on a glass, and signed a ketuba (a traditional marriage contract). The Jewish ritual was “a refreshing departure from what everybody that is close to us is used to,” the bride said.

More recently, with sometimes murderous antisemitism on the rise in the United States and elsewhere, Evangelical political leaders like Vice President Mike Pence and Secretary of State Mike Pompeo have shown an eagerness to appropriate Jewish ideas and practice with what can only be called obtuse insensitivity. The Vice President’s introduction at a campaign rally of the messianic Jewish “rabbi” Loren Jacobs as a “leader of the Jewish community,” and Secretary Pompeo’s musings this Purim on the Christian Broadcasting Network that President Trump might be a “new Esther” deeply offended many American Jews.

“It feels like Christians are taking everything that we have,” Greenbaum says. “And now they’re taking Pesach, too?”

But it’s worse than that, Kamins says. “It’s a form of supercessionism, which has existed since the beginning of Christianity. Supercessionism was a necessary building block of Christianity.” The central principle of Christianity is that the death and resurrection of Jesus Christ inaugurated a new covenant that superceded Abraham’s covenant with God and made it – and therefore the Jewish people – redundant. The appropriation of a core Jewish practice like the Seder to mark that supercession only seems to add insult to injury.

Graham adds that, while many American Jews have adopted Christian practices, like elevating the importance of Chanukah because of the holiday’s proximity to Christmas, the theological and power dynamics do not make these borrowings cultural appropriation. “There is no broken theology in having a Chanukah bush,” she says. “Simply stated, Passover is not ours to have. We believe in the coming of Christ much of the scripture has been fulfilled. That Christ’s murder was a final sacrifice, our Passover.

Cole says she is sensitive to the question of cultural appropriation. “I completely understand,” she says. “If you are looking at it from the historical perspective, in terms of what the Jewish people have suffered for such a long time at the hands of Christianity and everybody else, I could definitely see where they might think that we’re trying to take over.”

Working from a Haggadah, and with a Seder plate, donated by a Jewish coworker several years ago, Cole says that she endeavors to respect the integrity of the ritual, only departing at the end to say “here’s how prophecy was fulfilled in Christianity.” Yet she says she recognizes that this tests the limits of that integrity. “It would be interesting to have a Jewish person come in and say ‘well, yeah, we don’t really believe that that’s how that happened,’ or ‘why are you saying this, because that’s not really what it means.’”

Still, Graham suggests that might be the wrong approach to respectful cultural exchange. “We can share practices and visit and appreciate others, but this isn’t that,” she says. “If your local Jewish community throws an interfaith or community Seder, or a Jewish friend invites you to their family Seder, definitley go! It’s a wonderful and valuable experience.” 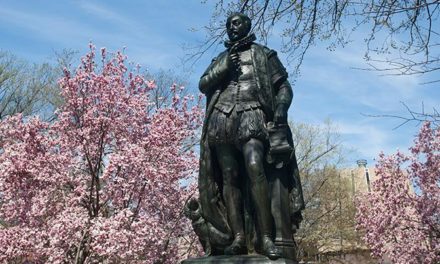 First Person: For the Love of a Challenge