I write this in response to inquiries about my 29-day suspension from Facebook, determined, as far as I can tell, by algorithmic authority rather than human intervention. I can’t post, I can’t message, I can’t comment.  All I can do is hit “Like.”  It’s frustrating, especially since I have to ask friends, who have more pressing matters on their minds, to post what I’m writing at FB, where it gets more play than at P/L.

Here’s what happened. A dim-witted law professor accused me of racism because I called John Brown, the purest of abolitionists, a terrorist.  I responded in kind, calling him “a holy fool” and “a fucking moron,” citing the authority of no less than Frederick Douglass and W E. B. Du Bois—Douglass declined to join Brown’s raid on Harper’s Ferry in 1859, thinking that it was a dangerous fool’s errand, and Du Bois, in his biography of Brown, characterized him as a man obsessed, a man who had given up on politics.  (John Stauffer’s more recent book on these subjects verifies their judgments even as it praises Brown’s fierce devotion to the abolition of slavery.) The professor complained, or somebody did, and that was that.

Now then.  The dim-witted law professor kept saying that slavery is terrorism, and therefore opposition to slavery can’t be.  By calling Brown a terrorist, he suggested, I was siding with slavery, and that choice made me a racist.   Of course it’s a ridiculous, almost algorithmic logic, but there are issues here that need our attention, or at least mine.

To begin with, the new history of slavery pioneered by Walter Johnson and Edward Baptist, which builds on both “whiteness studies” and the “new” history of capitalism pioneered by Sven Beckert, Jonathan Levy, Jeff Sklansky, Amy Dru Stanley, et al.  On the one hand, the Gramscian mood of Eugene Genovese’s studies of slavery in the western hemisphere—he emphasized hegemony, not domination and torture, he wrote about the agency and the action of the oppressed, as against Sambo—was recently replaced by a new attitude, which made slaves the objects, and only the inert objects, of the masters’ malevolent will.   Slavery is terror, domination of one by another.  Power flows from the barrel of a gun, or from the tip of the lash.

On the other hand, this attitude was amplified by the notion of a “racial capitalism,” which conflated slavery and capitalism, making them indistinguishable.  Hegel and Marx were, with that conflation, summarily dismissed as theoretical or empirical guides to either mode of production.  So was the possibility of periodization—capitalism suddenly became a trans-historical phenomenon, just as Werner Sombart thought it was, and just as Max Weber, along with Marx, thought it wasn’t.  Capitalism is always, everywhere evident in the greed of the bosses.  Power flows from the funnel of the bank, which is only one side of the money power.

That’s the academic side of the argument.  To me the more important part of this Facebook idiocy is the notion, the concept, the category of terrorism.  I wrote about it in The World Turned Inside Out(2009), in the last chapter, on the ending of the American Century.  From its modern beginnings in the late-19thcentury, when Lenin’s older brother was hunting down the Tsar—and got executed for his trouble—terrorism has been the weapon of the weak, as Louis Richardson, the brilliant author of What Terrorists Want(2006), puts it, the method of the people with no access to political power as then or conventionally conducted.

This weapon is typically taken up as a statement of despair, a kind of suicide note—a bitter farewell to politics, negotiation, debate, and compromise.  As I said the day after 9/11 in a huge survey class, terrorists believe that there are no innocents.  Any formal distinction between combatant and citizen, leader or follower, is pointless, because everyone is collaborating on the continuation of the system, which is by definition evil, to be escaped or destroyed.   So, as declared alienate, you are licensed to kill any inhabitant of that system, and you do it with no compunction, no regret.  (Notice that this definition makes the U.S., which has killed half a million innocents since 2001, a terrorist state.)

That’s what John Brown the terrorist did, in Kansas, before Harper’s Ferry.  He killed anybody who would stand in the way of abolition because, as he saw it, the Slave Power was winning at every level of conventional politics.  And that’s the thing, he was almost right, his despair wasn’t just paranoid—from the Kansas-Nebraska Act of 1854 to the Dred Scott decision of 1857, on toward the president’s endorsement of the Lecompton Constitution in 1858 (it made Kanaas a slave state) the republic was headed for apocalypse.  Why not summon it, he asked, here and now?

But politics saved that day, didn’t it?  We, us Americans, heirs to the Civil War and Reconstruction, survived the storm because Lincoln and many, many others, including the escaped slaves, 500,000 strong, thought we could find our way beyond violence in the name of righteousness.  We could mend ourselves, think through the future, come to terms with the past, if we could first quell the traitorous rebellion—silence the Slave Power—then amend the Constitution, and then, and then, hope for the best.

The bestial Trump and his praetorian guard in the Republican Congress, yes, these are causes for despair. But Lincoln was right, the minor skirmish at Harper’s Ferry couldn’t rouse the slaves of Virginia to rebellion, as John Brown intended.  Nor did his murderous violence in Kansas make a difference, except to fund more shipments of arms from Boston and Charlottesville.  The difference was made by the journalists from all over the place, Europe included, who crowded Kansas, measuring the insanity of undeclared civil war over slavery in this unsettled territory.

Both Brown and Lincoln died martyrs to a common cause, the end of slavery.  One was a terrorist, a guerilla warrior who could’ve used a motorcycle, the other was a politician, a fiery radical who could’ve used a better publicist.  It is no insult to either to say that they used different means to the same end. 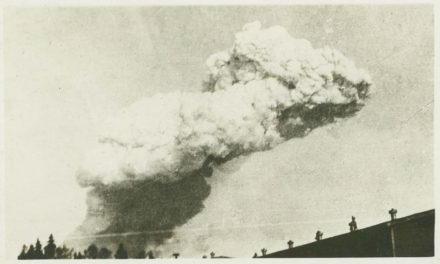 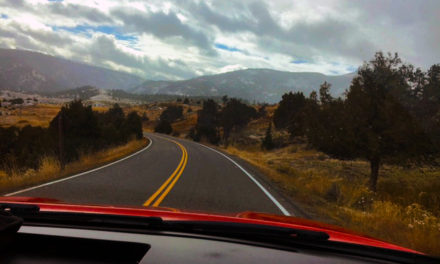 Tied to the Mast 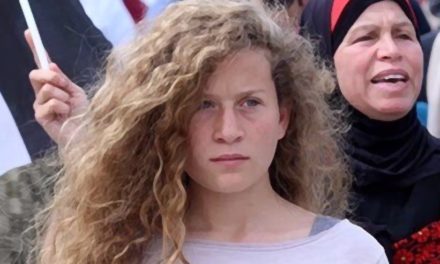