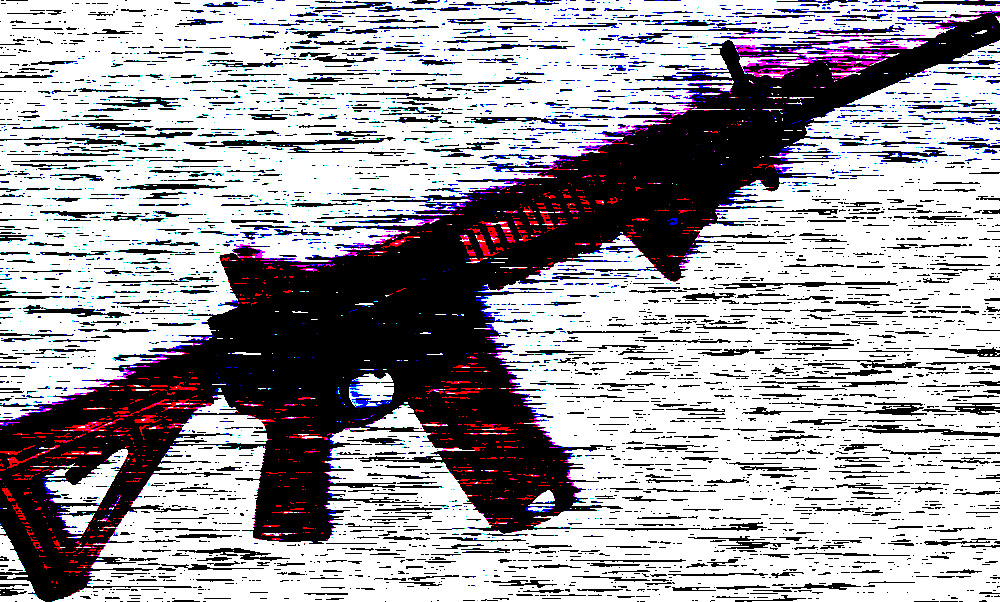 Conservative columnists are deeply concerned because some big corporations have distanced themselves from the NRA in the aftermath of the latest massacre by means of an AR-15. How can these joint-stock companies serve political causes, they ask, blinking innocently, as if corporations hadn’t been legal persons since 1886, with plenty of electoral weight—and as if Citizens United, the Supreme Court decision of 2010, hadn’t given them new standing as individuals with First Amendment protections?

I’m here to explain their concerns and turn them to left-wing purposes. But you might as well know going in that, in these times—in my view—consumers and boycotts are much more important than workers and strikes in shaping the future. As W. E. B. Du Bois understood in 1940, they simply do not compare as political devices that could make for a more perfect union. I’m in agreement with him, because class struggle at the point of production matters much less than it did once upon a time. And that’s a good thing.

On August 17, 2017, David Gelles wrote in the Times on “The Moral Voice of Corporate America.” Last Sunday, Aaron K. Cahatterji recapitulated his worries about where such free speech could lead, almost word for word. In the past three days, so did David Brooks of the Times, Rod Dreher at The American Conservative and Megan McCardle at the Washington Post. They write in near panic that the NRA’s intransigence on the Second Amendment, or some other idiocy driven by right-wing political orthodoxy, say the cockamamie ideas of Samuel Alito, could turn corporate CEOs into left-wing activists. Uh oh.

These writers, some conservative, some liberal, worry that such CEOs have found a progressive voice, especially since 2015, when they took on the Indiana state legislature’s ban on same sex or transgender public restrooms. They also wonder why.

I got some answers for them, and some follow-up questions as well. To begin with, the Supreme Court’s Citizens United decision (558 U.S. 1 [2010]) revoked a major premise of all precedent on corporate personhood and freedom of speech—which was precisely that any corporation’s shareholders were wildly diverse in their political opinions, and so could not be adequately represented in the unitary, anodyne voice of its board or its CEO. See my reports here and here.

Corporate politics can now be more easily personified and articulated because, after Citizens United, CEOs aren’t constrained by legally mandated attention to the variegated political concerns of their shareholders.

Accordingly, the “social responsibility” of corporations comes to mean bottom-line attention to a broader constituency—the consumers of their products—and this new orientation means attention to the social issues, the social media, and the possible boycotts that would follow from ideological inertia or assertion. For example, the CEOs who disbanded Trump’s business councils were first responders to the scandal of the president’s silence on Charlottesville; they were worried that their customers would think they were as ambivalent about white supremacy as Trump says he is. The corporations that more recently severed their friendly ties with the NRA are attuned to the overwhelmingly popular support for gun control of some kind, beginning with a ban on assault weapons.

As Dreher puts it, “You might think: universities are bubbles unto themselves, and what happens there won’t hurt me. You’re wrong. Universities are only at the leading edge of a society-wide movement. As the Indiana RFRA debacle in 2015 — of which Memories Pizza was a part — showed that progressives don’t have to win over ordinary people to exercise power. They only have to win over power-holding corporate elites.”

In sum, then, consumers at large are the heirs apparent to the small slice of society Milton Friedman designated as the only constituency of CEOs, in a founding neoliberal manifesto of 1970 that claimed that corporate directors were responsible only to shareholders. To this extent, neoliberalism as sponsored by Friedman and his antecedents (von Hayek, Buchanan, et al.) is over, or at least in question.

So, it is no accident that the companies Gelles et al. cite as exemplars of a new, outspokenly progressive voice are uniformly retail-level corporations that must think first, last, and always of their customers, who are consumers. Nor is it an accident that when Gelles and Chatterji wax historical, or when Dreher and McCardle get anxious, they cite the desegregation of Woolworth’s as a result of the Greensboro sit-ins and the corporate divestment in South Africa as a result of similar performances.

For these were results of consumers’ organizations, demands and boycotts, just as W.E. B. Du Bois had predicted in Dusk of Dawn (1940).

He was explicit about it. “Gradually economic revolution is substituting the consumer as the decisive voice in industry rather than the all-powerful producer of the past.” (He had already announced the end of capitalism as we knew it.) This new emphasis on the consumer had racial connotations that Du Bois understood and celebrated as the means to the end of black liberation. On the one hand, “as a consumer the Negro approaches economic equality [with whites] much more nearly than he ever has as a producer.” On the other, “in the Negro group the consumer interest is dominant . . . [Its] social institutions, therefore, are almost entirely the institutions of consumers.”

Ah, you will say, but the progressive neoliberalism of the CEOs who treat their “social responsibility” as a matter of meeting consumer demand for racial and social justice, well, this is just another pathetic rendition of identity politics, which distracts us from the fundamental economic issues of our time—the issues of redistribution (class) as against recognition (race, gender, etc.), in the terms proposed by Nancy Fraser, Mark Lilla, Todd Gitlin, and a host of other left-leaning liberals who want to rehabilitate the New Deal Democratic Party.

To my mind, this either/or choice is willfully obtuse if not merely ignorant because it treats past struggles with condescension bordering on contempt. The civil rights revolution was an early version of identity politics. Contemporaneous movements for women’s and gay rights were similarly animated. Can anyone plausibly claim that their results didn’t include redistribution of economic as well as cultural resources? Yes, income inequality has increased in the epoch of identity politics, but that is not due to inattention from the Left—it’s mostly a matter of the end of work and the breakdown of the labor market, as I argue in a recent book.

Citizens United is an opportunity for the Left, not a mere defeat, a cause for mourning, resignation, and protest. Let’s get on with it.

As Dreher notes, you might think universities are bubbles unto themselves, but you’d be wrong. Universities are only at the leading edge of a society-wide movement. As the Indiana RFRA debacle in 2015 — of which Memories Pizza was a part — showed that progressives don’t have to win over ordinary people to exercise power. They only have to win over power-holding corporate elites.

Finally, take a look at this sign of the times: Mike Huckabee was forced to resign from the board of the Country Music Association Foundation, CMA’s charitable arm, one day after he was appointed to it. When I first heard about it this morning, I assumed that it was because he had become too politically divisive, given his tub-thumping for Trump. Yes, that was it, sort of. But here’s the real reason:

Jason Owen, co-president of Monument Records and owner at Sandbox Entertainment, called the appointment a “grossly offensive decision” in an email to the association’s CEO Sarah Trahern and CMA Foundation executive Tiffany Kerns.

Owen wrote that due to Huckabee’s election to the CMA Foundation’s board, neither his companies, nor anyone they represent would continue to support the foundation.

Owen and his husband Sam are fathers to a young son and are expecting twins. Owen said that Huckabee’s stance on the LGBTQ community “made it clear my family is not welcome in his America.”