When the Predator is a Lady 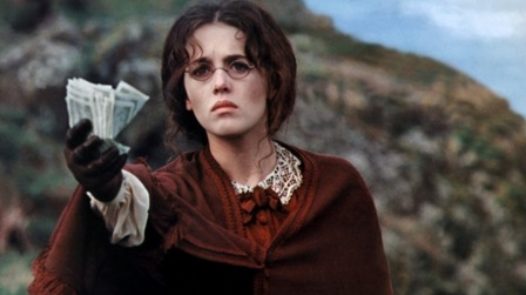 We are pleased to run the unexpurgated version of a piece on Avital Ronell and Asia Argento that was recently published elsewhere (in what Kipnis described as a brutally eviscerated form).

Big news this week on the sexual transgression front. Two well-known women—one a movie star and #MeToo luminary, Asia Argento; the other an academic star, New York University professor Avital Ronell—were hit with allegations by two young men claiming to have been sexually victimized. Terrible as the charges were, I confess that part of me was relieved: the #MeToo conversations had started to seem a bit smug about the female virtues lately. All we’ve heard for the last 10 months are tales of women under siege by male sexuality and cast, once again, as the morally upstanding gender. It’s good to be reminded that women are occasionally less than virtuous too.

There have actually been plenty of other accused women, if less headline-worthy specimens than this week’s crop. I know this having been one of them, dragged through secret campus investigations over controversial things I’ve written—twice, cleared both times. (See my book Unwanted Advances if you want the details.) After going public about my case I spent the next couple of years listening to the confidential stories of other accused sadsacks of every gender and sexual persuasion—professors, students, and more recently those caught on the wrong side of #MeToo.

All of which makes it difficult for me to sit comfortably on the #believeallvictims side of the fence. Yes, #MeToo has been necessary and overdue. Yet having learned what I’ve learned, I’m unable to believe that every accuser has no other motive than truth and justice, nor can I take allegations alone as settled facts.

For one thing, we now live in a gig economy, where those without steady work are called on to monetize what assets they can. A spare room or a driver’s license can be turned into cash when you’re strapped; last week’s lesson was that your past sexual injuries are among those potential assets. Ronell’s accuser and former student, Nimrod Reitman, filed a multi-million dollar lawsuit against her and her university, claiming his lack of success on the job market is Ronell’s fault: he says she sexualized his grad school experience and sabotaged his career. (For the record, she’s a gay woman in her 60s, he’s a gay man in his 30s.)

Argento’s accuser, a young actor named Jimmie Bennett, monetized an alleged sexual interaction that took place when he was seventeen (she was thirty-seven) into a 380K settlement. Argento called it a shakedown. He says she got him drunk, then forced him to have sex. She initially denied the sex, then said he was the one who aggressed on her. Or that’s the story at the moment.

Both accounts have their inconsistencies: Bennett demanded a settlement from Argento and then exposed her—isn’t it meant to be one or the other? He was triggered, he says, by her claim to have been sexually victimized by Harvey Weinstein. Does he mean to say her claims were in competition with his? That his negates hers?

A question worth debating: Are sexual injury claims less or more persuasive when large sums of money hang in the balance? Clearly lawsuits are crafted to persuade an audience. They’re a genre, and as in any popular genre there are formulas that must be observed, certain emotional “beats” (as the screenwriters say) hammered home. Injuries must be exacerbated; information that contradicts the claim is snipped from the story.

It’s not enough that a bad thing happened; if you want monetary compensation, the bad thing must be causative of another bad thing and traceable to the actions of the accused person. If your career is in trouble—say you were a cute child actor who grew into an awkward teenager and aren’t getting parts, or you’re a recent PhD and the job market has tanked and maybe your work is a little obscure—all liability must track to the source of the potential settlement. Make sure that source has deep pockets.

In life, who did what to whom isn’t always simple. The mobbing aimed at Argento and Ronell demanded it be otherwise—and if anything, the gender twist lent an extra viciousness to the proceedings. On Twitter, Argento wasn’t just a sex criminal, she’d also caused her boyfriend Anthony Bourdain’s suicide by involving him in the payoff to Bennett. Ronell’s academic demonizers, supposedly educated as critical thinkers, have been no less righteous, oddly eager to regard the necessarily one-sided claims of a lawsuit as a transparent window onto reality.

It’s tough to fight a mob, so let’s say, for the sake of argument, that the Ronell allegations are true, and she indeed crossed numerous boundaries with Reitman. In the language of the lawsuit, those boundaries were sexual ones: variations on the word “sex” are deployed over ninety times in the 56-page lawsuit. Not because sex was what was taking place—it’s not clear even by Reitman’s account that sex in the usual sense was what Ronell wanted from him. Is the emphasis on sex required because other ways of framing the story—unchecked pathos, for instance—would be less monetizable?

What if a non-legal framing got us closer to some sort of truth? Reading Reitman’s lawsuit reminded me of nothing more than François Truffaut’s wrenching 1975 film The Story of Adèle H, about the unhinged, erotomaniacal daughter of Victor Hugo, who tracks a British officer she’s obsessed with to Civil War era Nova Scotia. Once there she stalks him through the fog, fantasizing—no matter how much he tries to deter her—that he returns her love, that she’s his wife in spirit. Spoiler alert: She ends up homeless and destitute, and eventually institutionalized. Then she dies. Not a happy story. And not especially relevant in the current climate: sexual harassment is the narrative that sells.

I’m not diagnosing anyone involved in this case, rather pointing out that how we frame the stories we tell is conditioned by various factors and interests. These “frames” (in sociologist-speak) shift over time and cultures. A 17-year old and a 37-year old together in bed now appalls; a few generations ago the play Tea and Sympathy—which concludes with the sexual proposition of prep school student by his headmaster’s wife—was a sentimental Broadway hit

Of course, there are also certain timeless themes, and one of them is the fear of sexual mother-monsters, the subtext peeking out from between the week’s headlines. Asia Argento once played Jimmy Bennett’s mother onscreen. Hence some of the vitriol, no doubt. Movie mom and son in bed—it’s a little close to incest, right? Ronell too, according to Reitman’s lawsuit, was the mother of all nasty sexed-up mothers: gross, “geriatric,” forcing him into her bed, joining him in his, stroking and besieging him with her bottomless needs. In the frame of the lawsuit or campus tribunals, neediness can only be construed as sexual. I’m less convinced that sex is the key that entirely unlocks this story.

Still, it’s said that incest wouldn’t need to be taboo if we didn’t also at some level desire it. Who knows? The easier stories are the simple ones that operate on one vector alone: me victim, you abuser. Personally I wonder what it feels like to slay the flamboyant-admired-loathed-loved monster-mentor with the sharp sword of a lawsuit. Or rob then publicly butcher the temptress mother, leaving her bleeding and destroyed. Does it feel good? Surely that’s part of the story too—just not the part it pays to tell. Keep it simple, reap the spoils.

Laura Kipnis is the author, most recently, of Unwanted Advances: Sexual Paranoia Comes to Campus.