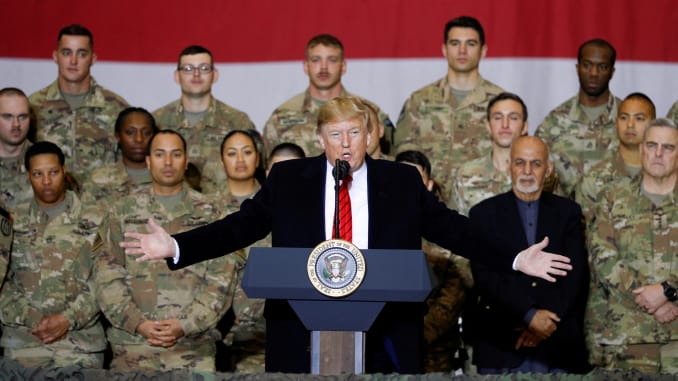 The news that Russian officials put a bounty on the heads of American servicemen in Afghanistan months ago, that Trump was notified of this move in one of his daily briefings, and that he subsequently did nothing about it while continuing to publicly embrace Vladimir Putin as his friend has been gaining traction this last week. Most recently Trump has declared that he and his team never knew anything about it (and tried, in an utterly unpersuasive manner, to step back from this declaration). Joe Scarborough has an effective segment on the matter.

Not as well known: over the past several days this issue has been front page news in the U.S. military press. The Stars and Stripes, Army Times, and Military Times are the papers of record for military personnel and their families. It’s easy to imagine how the story strikes these readers whose sons, daughters, friends or they themselves could become the targets of bounty hunters in Afghanistan.

Yesterday a cover story in the Military Times, “Trump should have acted on reports of Russian bounties on U.S. troops, lawmakers say,” cites Democrats’ challenge of White House claims that the President’s knew nothing: “evidence shows the information was made available to the commander in chief.” The story was also on the front page of yesterday’s Stars and Stripes under the headline “White House aware of Russian bounties in 2019, sources say.” “The assessment was included in at least one of President Donald Trump’s written daily intelligence briefings [in March 2019],” the article notes, and quotes former national security adviser John Bolton: “He can disown everything if nobody ever told him about it.”

Army Times yesterday shared an AP report on the April 2019 car bomb attack near Bagram Airfield, Afghanistan, possibly sponsored by a Russian bounty, in which three U.S. Marines were killed. Erik Hendriks, father of Cpl. Robert Hendriks, one of the three, “told the Associated Press that even a rumor of Russian bounties should have been immediately addressed.”

‘If this was kind of swept under the carpet as to not make it a bigger issue with Russia, and one ounce of blood was spilled when they knew this, I lost all respect for this administration and everything.’

The concerns here reflect those of much of the mainstream press and suggest a reading audience that in some degree shares its critical views of a presidency gone awry.

A commentary in yesterday’s Military Times, in fact, argues that “The Question” for everyone up and down the chain of command is what to do if asked to do something they know is wrong. In “Asking yourself ‘The Question’” retired Marine Col. Charles Ikins identifies himself as a member of the “Steady State,” a group of national security community veterans in and out of uniform, Republican as well as Democrat, “formed in response to the allegation that a ‘Deep State’ was working to undermine the present administration.” The Steady State aims to acknowledge publicly the difficulties of doing government service at present and to advise those still in service who are wrestling with The Question.

Ikins’ example is Gen. Mark Milley, Chairman of the Joint Chiefs of Staff, who, he says, now lives with The Question, if he didn’t on the day he walked behind the President in Lafayette Square as protestors were shot with pepper spray. In that same protest, Ikins adds, the commander of a military police unit of the D.C. National Guard had The Question in mind when “a soldier turns to me and they’re saying, ‘Hey sir, you know my cousin was up there yelling at me, that was my neighbor, my best friend from high school.’” The commander answered “this isn’t a deployment against the enemy….We’re not here to dominate any battle spaces…our job is simply to stand the line between the police and the citizens so that they can say what they need to say.”

A June 8th Stars and Stripes opinion piece, “Pentagon an unexpected center of resistance to Trump,” by Doyle McManus of the Los Angeles Times asserted “The leaders of the American military establishment drew a line in the sand last week, staging a polite but unmistakable rebellion against the dangerous impulses of the President.” James Mattis, Milley, Mark Esper, and others stood up to a President who had come into office surrounding himself with military men he called “my generals” and frequently referring to “my military” as an important component of his base. But “the generals didn’t simply salute and carry out his orders… And they chafed at Trump’s casual portrayal of the armed forces as one of his personal political assets.” But McManus ends with an uplifting note: “If you’re worried that Trump might refuse to leave office if he loses the November election, this is a good thing: a signal that he can’t count on the military to get his way. We’re not a banana republic yet.”

Is it possible that Trump has finally put his own head in a noose that he won’t be able to slip out of? 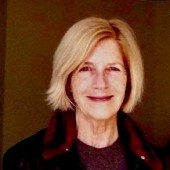