We have never been happy.

The world has never been gentle, harmonious, and peaceful. Ideas of an idyllic past are pure fantasies. Nostalgia for the Garden of Eden is a naïve and almost dangerous ploy.

In the face of the mass extinction that is taking place – more than half of all wildlife has already been eradicated in a few decades – it is vital to build new alliances, to invent impromptu forms of solidarity, to perceive the emergence of common interests that may be counterintuitive, to work toward new forms of cooperating. Our time should give rise to a “fractal” activism that confronts the seemingly boundless spread of an overarching crisis. Instead we see everywhere a rise of isolationist forms of identity, a fear of foreigners and of everything that is strange and “other,” a consumerist and technocratic madness, a simultaneous desire to support predatory liberties and restrain emancipatory liberties.

Even so, we still have a choice: the choice of being poets.

Poetry has nothing to do with beauty, even less to do with the sappy charm of sweet metaphors or tender allegories. It is neither an amusement nor a distraction. Poetry is precision. Poetry is at once the humble submission to syntax and to the rules of grammar, and at the same time the right – almost the duty – to reinvent language with each verse. Poetry is an uncompromising need for structure that nonetheless respectfully deconstructs. It is the choice of a strict coherence, at the micro level, joined to a mischievous playfulness at the macro level.

Becoming a poet, in this understanding, does not necessarily mean writing verse. It entails above all working at the deepest levels of meaning, to open everything we thought was set in stone to a process of questioning.

Poetic resistance is intransigent. It is carved out by a scalpel. It is rigorous and exact. It seeks to know and to understand. It is in no way ignorant of rules and codes. Its starting point is a wise and patient exploration of reality.

But it also allows itself to interrogate everything. It is not afraid of what comes from elsewhere. It is not constrained by the fetters of inherited ideas. It seeks to truly exist, in other words to undo the ties that bind it. It dares to reconsider what had previously not been open to questioning. It joyfully stares into the face of the unimaginable.

Today, trying to “modify” the way our system functions, so as to undertake a gradual “transition,” has no chance of working, and is of no real interest.

We have to completely rethink the way we inhabit space, the way we rank our priorities, the way we experience pleasure, the way we condemn aggression, the way we consider our human and non-human counterparts. What is at stake is a revolution. How can we stop seeing nature as a simple resource? How can we think beyond our short-term interests? How can we move beyond our propensity to confuse what is contingent with what is necessary? And at an even deeper level: how to cease valuing what is harmful, to create a new understanding of the good? The challenge is immense, incommensurable with any other.

Poetry must enter the fray, not as a form of décor or refinement, but as an essential element: the very notion of a path forward is laughable without the redefinition of expectations and possibilities that poetry provides. The most insidious and dangerous forms of violence are almost always those that have yet to be called by that name. One must be a poet to think outside the established order, to detect the arbitrariness of what long traditions have posited as fact and destiny.

If we remain prisoners of our old frameworks, there will be no escape. Calling into question unlimited growth, the predatory behavior that is no longer even a cause for shame, the xenophobia that has become a point of pride, the indifference to which we feel entitled, and the open display of arrogance requires much more than a gradual progression: what is needed is a change of paradigm. Our entire image of the world is at stake. Inventing new ways of satisfying old demons would be insufficient and senseless: we need to rethink and indeed re-enchant what it means to inhabit space, to find ways of living that draw upon both ancestral wisdom and scientific discoveries, and that are open to experimenting with every possible rupture, every possible fracture. Language is not neutral: referring to growth in GDP as “the rate of suicidal divergence” would no doubt alter our perceptions; calling our implicit decision to offer no livable future to our children “interior self-directed terrorism” would wake many from their slumber. Words count.

A poet doesn’t allow herself to be intimidated by the malevolent dictatorship of an oppressive regime of thought that destroys possible alternatives before they even come into being. Understanding and proclaiming that reality could be otherwise, detecting the emergence of new directions that have been overlooked, tracing the contours of new worlds: all of this constitutes the very heart of poetry in action.

The poet refuses to adopt a single perspective, even if that perspective is revolutionary, united, beneficial. Insisting that there is only one way of looking at things means giving in to a radical atrophy; rejecting multitude and profusion alienates all those who think in subtle ways. The world is multiple in its very being, and thought fails just as much when it overlooks that multiplicity as when it refuses to engage in self-criticism.

The task of poetic resistances today is to disperse and disseminate, to move nomadically and chaotically, to open themselves to mutual diffraction and contamination. It is a question of writing but also of thinking, looking, perceiving; it is a matter of gesture, of engagement, of desire, of pleasure. Living poetically is anything but sad, insular, and nostalgic: it is transgressive, precise, and adventurous, in its very essence. It can also become enchanting, liberating, life-saving. By choice.

An astrophysicist at the Université Grenoble-Alpes, Aurélien Barrau is one of France’s foremost public intellectuals, and has written and spoken widely on ecological issues. In 2018, he published a petition in Le Monde, in conjunction with Juliette Binoche, calling for renewed global solidarity to confront environmental disaster (https://www.lemonde.fr/idees/article/2018/09/03/le-plus-grand-defi-de-l-histoire-de-l-humanite-l-appel-de-200-personnalites-pour-sauver-la-planete_5349380_3232.html); the petition was signed by such prominent figures as Patti Smith, Ralph Fiennes, David Cronenberg, and Abderrahmane Sissako. He has published several books, including a collaboration with the philosopher Jean-Luc Nancy, What’s These Worlds Coming To?, published in English translation by Fordham University Press, and contributes frequently to the French national radio service France Culture (https://www.franceculture.fr/personne/aurelien-barrau#biography).

Cory Stockwell is Assistant Professor in the Program in Cultures, Civilizations, and Ideas at Bilkent University, Ankara, Turkey. He has published several translations from the French, as well as numerous articles in academic journals and collections, mostly on the links between literature and politics. For more information, see: https://bilkent.academia.edu/CoryStockwell. 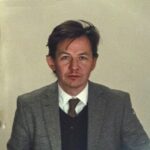