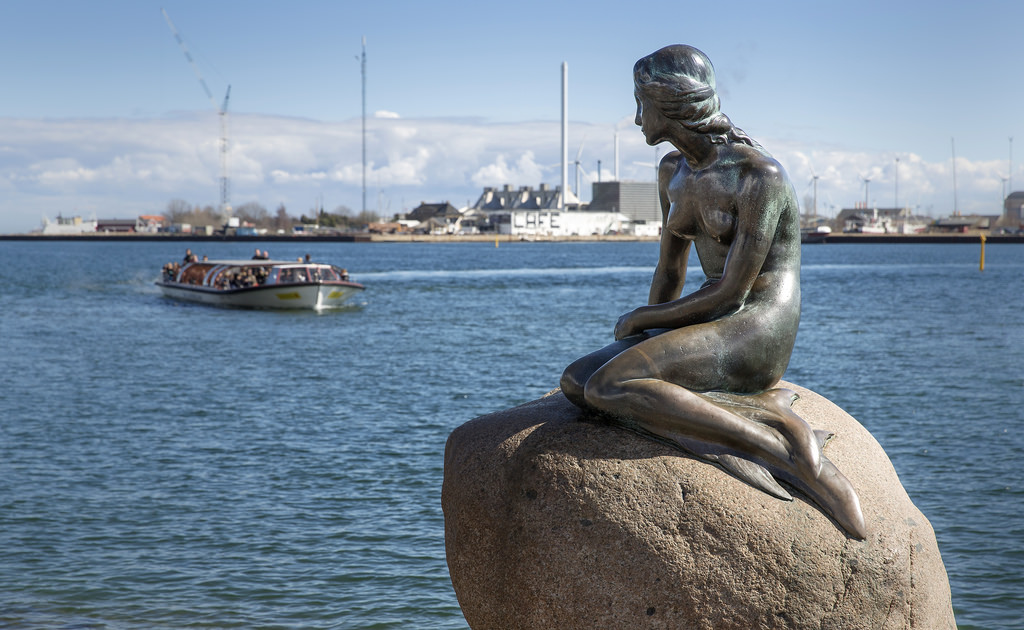 Speaking once again of “The Little Mermaid,” I took my 3-year old daughter to see it when it came out (she’s now a 31-year old attorney). She didn’t yet have the viewing skills to understand such a complicated story–not to mention the musical discourse, beyond the plot, where you’ll find most of the graceful gestures to ancient myth and modern literature, from Prometheus to Faust–so I wrote her a letter to be opened when she leaned to read. It was my crash course in writing plain speech rather than sticking to my adopted academic tongue, and it was so much fun that it led, before long, to my blog, politicsandletters.wordpress.com, and finally to our little magazine, Politics/Letters.

So, there’s that to keep me sentimentally tethered to this great movie. There’s also this. In 1990, then as now, women were fighting for equal access to opportunity at work, on the job–and not just because a two-income household was becoming the social norm due to the economic catastrophes of the 70s and 80s. No, women wanted the social purpose and connection that work has long provided to people who know their labor-time is worth as much as the stockbroker’s or the steelworker’s, perhaps more than the market will bear.

This ambition, to find meaningful work rather than lay about consuming or collecting more stuff, is what drives Ariel to the ocean’s surface, resurrecting herself from the purposeless playground that is her fluid, formless, watery habitat. How do we know?

Sebastian the crab, King Triton’s trusted adviser, answers Ariel’s signature song with his own musical celebration, “Under de Sea .” The little mermaid has sung of “gadgets and gizmos aplenty”–she’s been collecting stuff from up there–“I’ve got who’s-its and what’s-its galore.”  But she doesn’t care about the things in themselves, these forks and knives and other artifacts of western civilization, she wants to know what way of life would make sense of them. When she sings, “I want more,” she’s not coveting extra commodities, she’s begging to leave home and learn that way of life.

“I want to know what the people know, ask ’em my questions,
And get some answers, what’s a fire, and why does it,
What’s the word, burn?
Wouldn’t I love, wouldn’t I love, love to explore that world up above?
Wandering free, wish I could be,
Part of that world.”

That world does become his world, the prince’s, when she rescues and falls for him. Still, the ambition, the urge to find purpose in work, out there beyond the household and family, prevails. Meanwhile, she sings,

“Betcha on land, they understand,
Bet they don’t reprimand their daughters:
Bright young women, sick of swimmin’,
Ready to stand.”

Which is to say stand up to their fathers, brothers husbands, and magistrates.

Sebastian answers by explaining that work is pointless. “Up dere in the sun, dey slave away.” His Caribbean accent isn’t a racist residue or marker, it’s a reminder that the least-developed areas of the world aren’t distant, exotic locations, they’re close by, indeed they inhabit and determine the “New World” we call the western hemisphere.

Ariel’s reprise is a rebuke to the boss.

Now I’m the guy who says “Fuck Work,” so what I am I doing here defending Ariel’s fierce determination to stay all day in the sun–to endure the hardships and humiliations of work as Sebastian has neatly enumerated them?

Got me. Unless it’s my own ambivalence about work itself. Or, maybe more to the point, that forcing markets, including the labor market, to behave in civilized, equitable ways, is to reclaim and redefine the social purpose that drives us to work in the first place.

Marx mentioned “the historical and moral element” in the determination of the wage. 19th-century workers couldn’t, and wouldn’t, treat themselves as economic factors or functions in a calculus spread on two pages, double entry and all, to be rearranged as if the accountant’s pen was a magic wand.

They wanted work–wage labor–because they wanted money they could spend without supervision by masters, lords, fathers, brothers, or magistrates. We’re past that point where wages equalled autonomy, but we can see why Ariel wanted out from under the control of her father, and why ascent to the rougher, grounded, brutal shore of a marriage market sounded like progress.