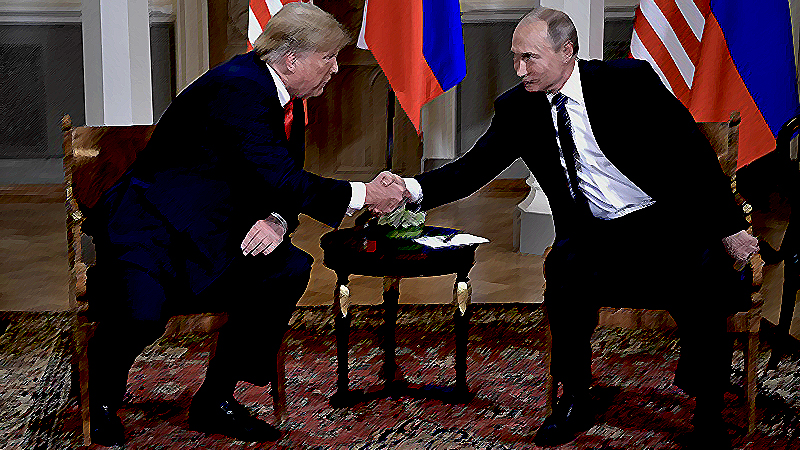 Political theorists and other readers of the classics will recognize the advice, to use torture, do the “unthinkable,” and to “Be rougher and you’ll see a different relationship;” all of it said by Donald Trump in interviews stretching from the 1990’s to the 2016 campaign and then, most recently, in Europe at the NATO meeting. It strikingly echoes Machiavelli’s counsel in The Prince regarding how best to deal with Fortuna, Machiavelli’s term for the lucky break or random chance event that makes or breaks a man of action. Machiavelli personifies Fortuna, the prince’s frenemy, as a woman and he tells the prince who wants to succeed that he must forcibly bend Fortuna to his will. Grab her by the pussy, Machiavelli all but says. “Fortuna is a woman, and if you wish to keep her under it is necessary to beat and ill-use her; and it is seen that she allows herself to be mastered by the adventurous rather than by those who go to work more coldly. She is, therefore, always, woman-like, a lover of young men, because they are less cautious, more violent, and with more audacity command her.” Trump is no young man, but he is like one, since aging has not produced in him its usual moderating effects, as so many have pointed out, and as the London baby blimp memorably conveyed. Is Fortuna on his side?

Some have analogized Trump’s style of power to Versailles, where courtiers flatter and plot. The comparison was hazarded by Trump himself (or his ghostwriter) years ago in The Art of the Deal: “What I’m doing is about as close as you’re going to get, in the twentieth century, to the quality of Versailles.” But, if we are going early modern, Machiavelli, not Louis, is our best guide. Machiavelli was the first theorist of shock and awe, a fine analyst, still, of the tumult used by some princes to put the people off balance in order more easily to conquer and control them.

Machiavelli showcases Ferdinand of Aragon, who began as a “petty ruler” and eventually became “foremost king among the Christians” by turning “a pious cruelty” to his purpose, “hunting down and clearing out of his kingdom the Marranos.” Marranos were Jews or Moors who were passing as Christian. Threatened with expulsion, many converted to Christianity, not necessarily sincerely. The murders, torture, and expulsions, Machiavelli says, were used by Ferdinand to keep “the minds of his subjects always in suspense and wonder, watching for the outcome.” This, and not the ethnic cleansing as such, is what unified his people “in national feeling.” Sound familiar? It’s like reality TV before its time. As Ronald J. Schmidt says, in Reading Politics with Machiavelli: “crimes like torture and expulsion are used to force some people’s pain into the language of another people’s power.” This is what is happening at the U.S.-Mexico border.

Machiavelli also highlights Cesare Borgia, who appointed a henchman to do the dirty cruel work of subduing a renegade province, and then had that henchman killed, laid his body “in two pieces in the public square” and next to it “a bloody sword.” In a letter quoted by Schmidt, Machiavelli says Borgia thus “shows that he can make and unmake men as he likes.” Trump is no Borgia, by which I mean to flatter neither. But making and unmaking men as he likes is what Trump is doing when, having reluctantly let go of Rob Porter after he was accused of abusing his wives and girlfriend, Trump hires former Fox News executive Bill Shine to be in charge of White House communications. Is this in spite or because of the fact that Shine was forced out of Fox News in May 2017 for his failure properly to handle sexual harassment claims at the company? It doesn’t matter that it is not the same man. In hiring Shine, Trump not only shows his preference for men who bluster and bully. He suggests he could even rehire Porter, if he wanted to. Except he can’t; or he would. But maybe he will.

For Machiavelli, cruelty is an important arrow in the quiver of a ruler seeking to court Fortuna and win her favor. The current administration is flexing its muscles at the border to test our tolerance for the new cruelties of  ‘Zero Tolerance’. Trump further tests his limits – and ours — when he shares a stage in Finland with the murderous Putin, and declares their friendship. Cannily doing precisely what many Americans decry, Trump on Monday borrowed Putin’s cloak of cruelty. And, if there is one thing Trump knows, it is how to borrow.

Machiavelli says:  “Cruelty well used (if we can ever speak well of something bad) is short-lived and decisive, no more than is necessary to secure your position and then stop; you don’t go on being cruel but use the power it has given you to deliver maximum benefits to your subjects. Cruelty is badly used when you’re not drastic enough at the beginning but grow increasingly cruel later on, rather than easing off.” (8.7) “[N]ot drastic enough at the beginning?” That was Trump’s concern when he shed the apparatus of the RNC, starting with Reince Priebus, and then quickly made up for lost time with the criminal cruelties against asylum-seekers at the border. “[M]aximum benefits to your subjects”, though, does not seem to be on Trump’s to-do list.

Will Trump “get the violence over with as soon as possible,” as Machiavelli counsels the new prince to do? “That way there’ll be less time for people to taste its bitterness and they’ll be less hostile.” Trump is too profligate to take that advice. But he has intuited what follows: “Favours, on the other hand, should be given out slowly, one by one, so that they can be properly savoured” (8.8). Recall the slow doling out of pardons this year, the very public arrival of favored and famous subjects who bent the knee and made the plea. It worked. Because of Kim Kardashian’s intercession, Alice Marie Johnson is no longer in prison. And Jack Johnson was posthumously pardoned, thanks to Sly Stallone. But it worked in another way as well, positioning Trump as a merciful master rather than a cold calculator of accounts. The more recent pardon of Oregon anti-government ranchers Dwight and Steven Hammond has the air of cold calculation.

Fortuna has been breaking in Trump’s favor but those favors are unpredictable. Like waves at the seashore, they may lift you up one day and dash you on the rocks the next.  Men favored by Fortuna lose sight of that possibility. Analyzing how their downfalls happen and what they can do about it, Machiavelli has often been accused of immorally rebranding vice as virtue. But Machiavelli’s aim– at least arguably — is not to alibi cruelty’s users but to understand the workings of cruelty, perhaps even limit its use, and to tell the rest of us that there are ways to defeat even those who use cruelty ‘well,’ if one can say that. True, he says that only those who love liberty fiercely and are uncorrupted will be able to defeat the prince who seeks to dominate them. But he says it can be done: “he who becomes master of a city used to being free and does not destroy her can expect to be destroyed by her.” That’s not just an observation. It’s an invitation.

How to respond? When critics play the sounds of crying children forcibly removed from their parents, and condemn the Trump administration’s violations of human rights, tearing families asunder, we do well to understand, with Machiavelli, that what we decry is the soundtrack of Trump’s leadership, beloved by his followers, who love to sing along. Our entirely warranted outrage in response to Trump’s white supremacist politics may rouse some to pay attention but, for many of Trump’s supporters, it just confirms their sense that he is really shaking things up, and that is what binds them to him. Our outrage verifies his claims of derring-do. Our shock is the fuel that runs his machine. The more loudly critics cry “Benedict Donald,” after Finland, the more keenly his supporters feel the warm glow of his messianic nationalism. If we are outraged, they think they are winning. (So much winning.)

But, that Helsinki press conference notwithstanding, most of Trump’s outrages du jour are not much of a shake-up at all. Many – like the destabilizing and false claims about Brexit, Theresa May and NATO just a few days ago — are just gloves-off, Twitter-fueled peeks into slightly-more-naked-than-usual workings of American power and Trumpian ignorance. The press conference in Finland works to keep us all “in suspense and wonder, watching for the outcome,” as Machiavelli said about Ferdinand of Aragon, who understood the usefulness of the well-calculated provocation but did not have access to the wonders of 24/7 news coverage. The outrage is exhausting. It saps the energies we need for developing and nurturing new visions for the future, and organizing now. This is a trap we need to break out of (or maybe we should play the game: gin up the outrage over things we want. Medicare for all? Outrageous! Did you know? Obama was against it!).

We are now seized by Fortuna’s grip; things we thought were static (like NATO) are in motion and the future is hard to predict. This is what has led so many on the left this week back to the sentiments of a Cold War era American nationalism, which is uncomfortably close to “Make America Great Again.” When the future is hard to predict, the past can look like a comfort.

We think we know the dangers unleashed by Fortuna in Finland (unpredictable changes in the post war balance of power) but Fortuna may bear gifts too. We know from Machiavelli that Fortuna is notoriously fickle and that she will trade in one suitor for another in a heartbeat. While The Prince suggests that Fortuna favors only princes, why wouldn’t she share her favors with audacious feminists and activists, too? The Prince suggests the best way to handle Fortuna is manfully, with domination. But there may be other approaches that work too, not all of them borrowed from young men schooled in misogyny. Without trying to manhandle her into submission, maybe we can express gratitude for Fortuna’s occasional gifts, anticipate her moves, and prepare for them with organization and mobilization.

For example, if we count on voting as a mechanism of change, then we need independent examinations of voting machines, paper trails, and overseen registration practices in advance of the elections; rather than just protest their malfunctions afterwards, when it is too late. Fortuna might take our side there. She has no patience for the belated. Right now, Democratic Socialists are electable candidates for the U.S. House of Representatives. Fortuna surely had a hand in that. So did thousands of organizers and volunteers and the candidates themselves. As of this week, the NRA is looking like the foreign force of occupation many of us have been thinking it was for a while now. Who saw that coming? Not even the Parkland kids, surely. But there it is. What else might Fortuna enable? And how can we help? “Where the willingness is great, the difficulties cannot be great,” Machiavelli says to the Prince. But he could just as well be talking to us. Especially since he also said this: “A man who is used to acting in one way never changes; he must come to ruin when the times, in changing, no longer are in harmony with his ways.” Note, however — with Fortuna, timing is everything: debating Trump’s treason, we may miss the moment.

Expression and Action, Money and Speech

A Referendum on Capitalism 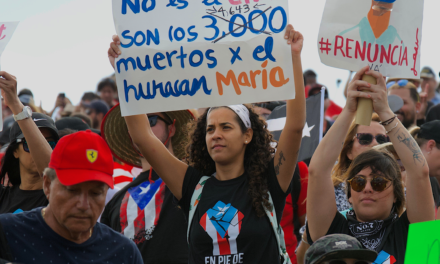