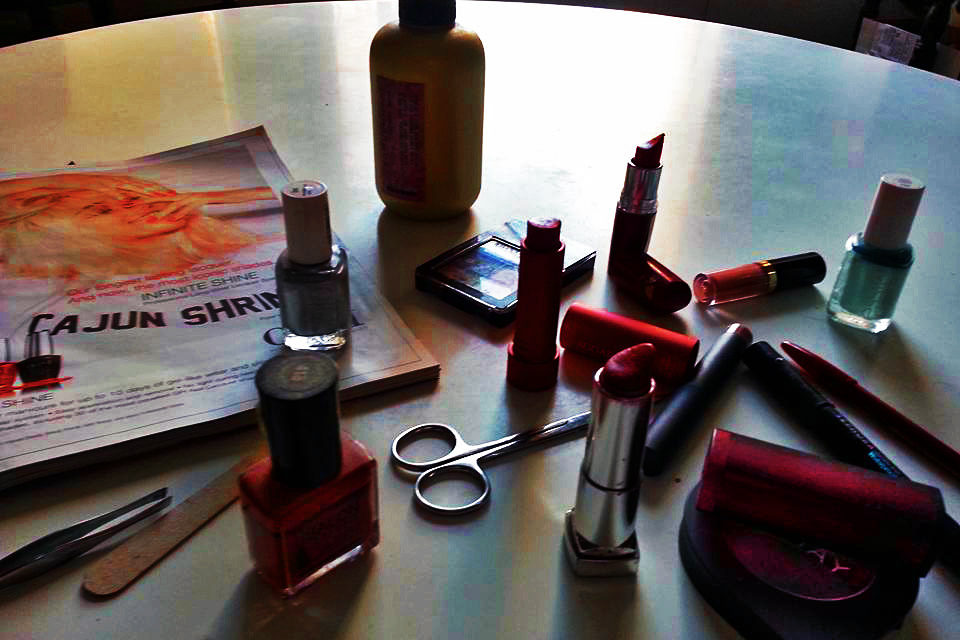 Installment 13 features three poems by Marilyn Cavicchia that take our exploration of cars and remains in new directions. Each piece below is a found poem whose source material were posts in a public Facebook group called “The World’s Most Boring Posts Club.” Each day, Cavicchia visited the group and found a brief phrase to start a poem, then scrolled to find other phrases that joined it in an interesting way. Her novel assemblage of found parts departs from a simple copy-and-paste job, and puts a new spin on the traditional lyric “I”.

My Peppers Are Still Coming In

My other car is a UFO—I used to get excited
when toys fell out. I live nowhere near Biddeford.
I can’t believe I missed New York in the ’70s.

There’s a pack of very angry blue jays
at the courthouse here in Topeka today.

The very next time we used the oven,
someone shouted at me from their car.
My response was, “No comment.”

I Wouldn’t Recommend It

I’m half an hour early for work.
Grass doesn’t taste that bad.
I prepaid for gas and then drove away
before Sunday in Los Angeles.
I ordered a bacon burger
to stay in bed today; I am so tired
that I washed my hair in London.
While folding laundry today,
I thought I lost my earring.
On my 23rd birthday, my girlfriend
is going to Scotland. Today,
I dressed up as Jesus on TV.

This Person Smokes Weed and Stares at the Buffalo Enclosure

So I go into the local grocery store,
but I think I’d rather be attractive—

a labor-intensive job. The suicide prevention guy
left a large collection of beer cans on his balcony,
not parallel to the walls or the edge of

my husband. I had an exam today at the hospital:
I recited the “If You’re Happy and You Know It” song.
I got stuck at every red light on the way home.

I feel like I made a big decision: My kitten
got a tattoo on her ear. Every Wednesday,

I cry in the library. I have never been in
a hard plastic cup of ketchup.

Marilyn Cavicchia lives in Chicago and is an editor at the American Bar Association. Other publications in which her work has recently appeared or is forthcoming include: Oddball Magazine, The Same, and Armarolla. Marilyn’s first chapbook, Secret Rivers, was published a few years ago by Evening Street Press and is made up of persona poems in which each speaker is either driving or riding on the same stretch of highway.
Follow Marilyn at www.marilyncavicchia.com or on Twitter: @MarilynCavi.