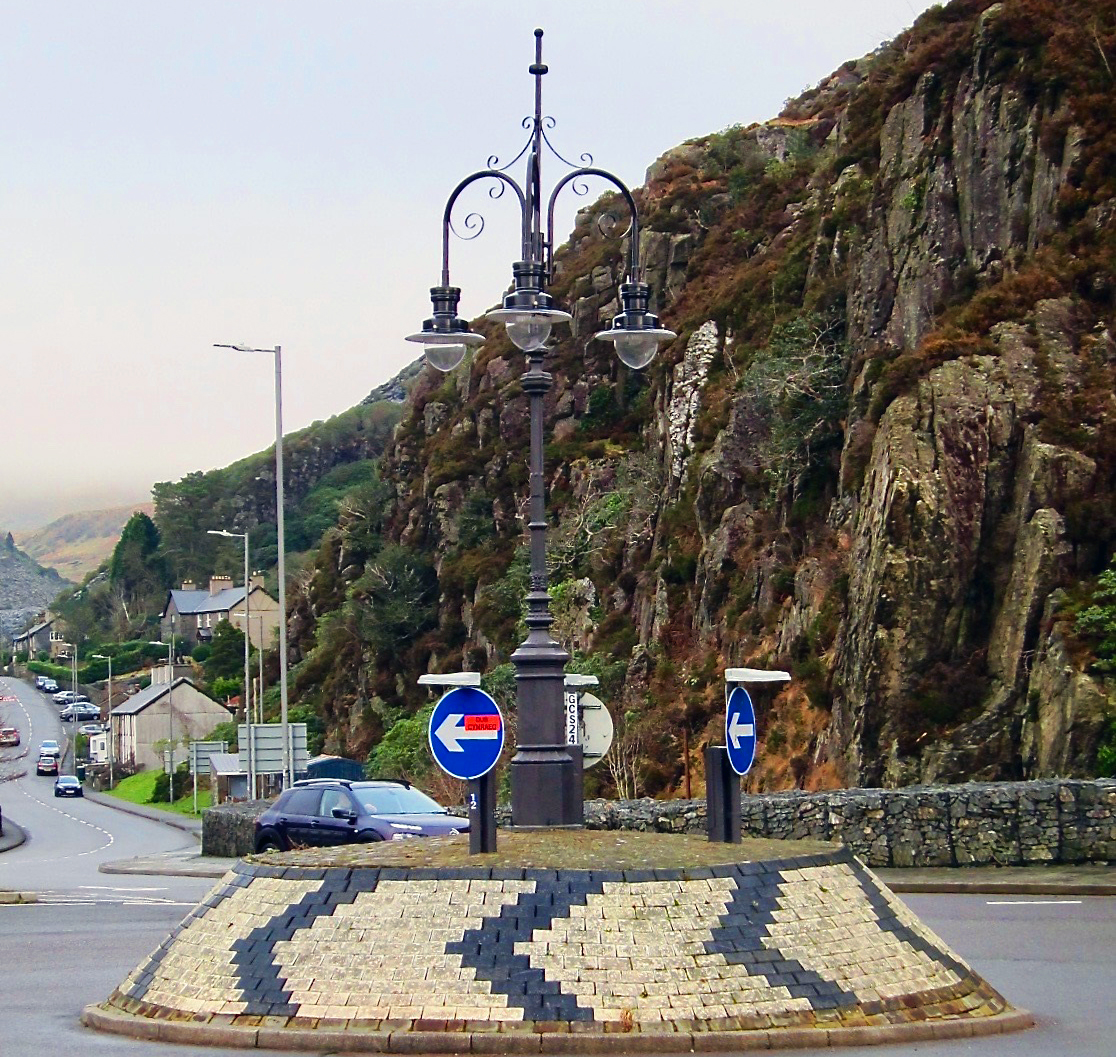 In this 32nd installment, Lynn White transports North American car poem connoisseurs to distinctly European terrain. White’s “Roundabout” twists and turns through Italy and along the French Riviera, while “It’s Only Make Believe?” steers us into the village intrigues of rural Wales.

He picked us up near Torino,
a dapper Frenchman
with an impressive moustache.
He was going to Nice.
So were we!
Such luck.
One lift
all the way from Torino to Nice.
We settled back to enjoy the ride.
We came to a roundabout.
With gesticulations of frustration
and twitches of his moustache,
he missed the turning.
We went round again
and the next time,
he missed it again.
The third time we were ready
to call out and point it out
in good time.
But with more expansive gesticulating
and moustache twitching
he still missed it.
There were many roundabouts
between Torino and Nice.
We came to know them intimately.
On arrival we were hugged and kissed
in thanks for our help.
Without us, who could say where he’d be.
Not us, for sure!
He invited us to accompany him
to Monte Carlo the next day,
if we would like to.
Yes! We would like to!
We turned up at the allotted time and place,
but he never came.
So, we never went to Monte Carlo.
Possibly he never went there either.
We imagine him still,
going round and round a roundabout
somewhere in Nice,
his moustache twitching in frustration.
He’ll be a very old man by now.

The little cinema was packed,
even if fictional, films about the locality were rare.
And later, in the bar there was much discussion.
The shots of the sheep blocking the road were appreciated.
Well, our sheep were famous for their techniques of blockade.
This was no fiction.
There was insider knowledge here!
It was the mass action that was shown.
It brought the occupants out of their cars
to wave their arms and shout in angry frustration.
But the individual acts of defiance by escapees
were not shown.
This was considered regrettable.
It was felt the film should have acknowledged the action
of a single ewe lying nonchalantly chewing
on the tarmac while the cars stopped
and drivers moved rapidly from
“awww cute sheep” to louder and more frantic hooting
and then to arm waving and shouting outside,
There was no discrimination, after all.
Old cars, new cars, large cars, small,
the ewe would eyeball them all impassively.
Locals just drove round her.

But the main discussion centred on the two elderly sisters
who lived up the mountain.
They drove a very old car.
One of them had learned to drive in the War
and no one had thought to check if she still held a licence.
But, no matter,
she could still drive well enough
even though blind.
Her sister could see fine.
And even though she could not drive
she was adept at giving instructions.
Well, it was only fiction!
Or was it?
The audience doubted it.
All could almost remember these women,
or similar ones.
More insider knowledge was suspected
as they argued happily
about the identities of the eccentric drivers. 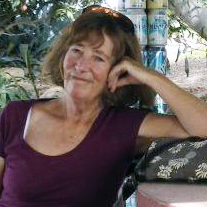 Lynn White lives in north Wales. Her work is influenced by issues of social justice and events, places and people she has known or imagined. She is especially interested in exploring the boundaries of dream, fantasy and reality. Her poem ‘A Rose For Gaza’ was shortlisted for the Theatre Cloud ‘War Poetry for Today’ competition 2014. This and many other poems, have been widely published in recent anthologies such as – ‘Alice In Wonderland’ by Silver Birch Press, ‘The Border Crossed Us’ and ‘Rise’ from Vagabond Press and journals such as Apogee, Firewords, Pilcrow & Dagger, Indie Soleil, Light and Snapdragon. ‘Roundabout’ was originally published in the first issue of a print journal Ramingo’s Porch (January 2018).