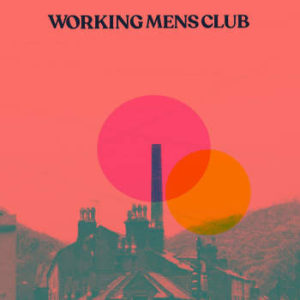 I don’t usually bother to review singles because, well, one track.  To be fair, ‘Bad Blood’ is backed with ‘Suburban Heights.’  Formed in Manchester, they are fronted by 17-year old Sydney Minskey-Sargeant, who also play guitar (one of them obviously plays bass, too).  The trio is rounded out with Giulia Bonometti, who also plays guitar and sings, and drummer Jake Bogacki.  Bogacki is all of 18, Bonometti is 23.  The met in 2017 and formed the band towards the end of that year.  And here they are with a record deal, on indie label Melodic, and ‘Bad Blood’ is their first single.

They claim to take their inspiration from Talking Heads, Television, Gang of Four, Parquet Courts, and the Strokes. To that you could add Franz Ferdinand and The Smiths. As I listen to the guitars in ‘Bad Blood,’ I can hear all of those bands.  And yet, the angular post-punk guitars sound fresh here.  This is not an easy thing to do.  Elvis Costello was doing this in the 1970s.  So was David Byrne.  And, of course, Keith Levene of PiL, who perfected the post-punk guitar sound.  And yet, this is fresh, danceable, and bouncy.

‘Both tracks are cut from the same formula, one that has been well-used over the past 40 years.  And yet, I find myself turning back to this single over and over.  ‘Suburban Heights’ is an even better song, starting with shimmery guitars and Minskey-Sargeant’s somewhat distant vocals before breaking into a bridge of funky guitars and bass and Bonometti’s soaring vocals.

I’ll be curious what comes next from them.  The vinyl of this single is sold out, according to their Bandcamp,