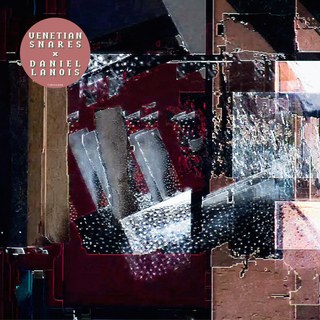 Oh boy, this is a weird album.  Daniel Lanois is known for his esoteric production; his solo oeuvre is more of the same, veering at times into unlistenable experimentation with the guitar.  Venetian Snares, aka. Aaron Funk is an EDM god, progenitor of the breakcore genre, and signee to influential electronic label, Planet Mu.  Turns out Lanois is a fan of Funk’s, and they began messing around with their music in 2014.  The resulting album, did I mention it’s weird?

Repeated listens have convinced me this is excellent music.  But it took repeated listens, though I think that has much to do with the mindfuck of the melting of genres and the clash of two very different artists at 160km/h.  Lanois brings his esoteric slide guitar to the table, Funk brings hella beats and noise.

On the first track, ‘Mag11 P82,’ one finds oneself asking what the hell is actually going on.  It doesn’t sound like a collaboration, a re-mix or even a mash-up.  No, it sounds like an explosion, caused by a head-on collision.  It reminded me of those 1970s ads for Reese Peanut Butter Cups, where chocolate and peanut butter end up mixing through bizarre situations, like in this case where a dude is strutting down the street listening to his Walkman, eating chocolate, ‘Yum, chocolate!’ he says. Meanwhile, a young woman is coming in the other direction, wearing her Walkman, too, eating peanut butter right out of the jar, because apparently that’s what people did in the 70s.  I dunno.  Anyway, they collide and his chocolate falls into her peanut butter, and blah blah blah.  That’s what ‘Mag11 P82’ sounds like.

It’s not really until the third track, ‘United P92,’ that Lanois and Funk reach some kind of peaceful (well, relatively) coexistence.  Here, Lanois’ ethereal guitar and Funk’s breakbeats find common ground, and sound like they are on the same page.  The guitar soars as the beats get heavier and ebbs when they get softer.  I suppose it’s not irony that see this composition entitled ‘United’.

From there, this album makes more and more sense.  ‘Bernard Revisit P81’ falls into creepy, almost film score territory.  This is the music played as the title character in a TV drama from the 80s is either breaking into something she shouldn’t be, or has just found out some horrible news and is in a closeup as her face betrays her emotions.  ‘Best P54,’ the following track finds Lanois’ guitars shimmering over an R2D2-sounding breakbeat, but we gets more ebbs and flows.

All in all, this is not music for late night chillification.  It is also not the music you put on whilst you check your email and Facebook.  You also don’t put this on to clean the kitchen.  This is music that demands your attention, and you will give it.  In the end, even if it takes repeated listens, it’s well worth the wait.