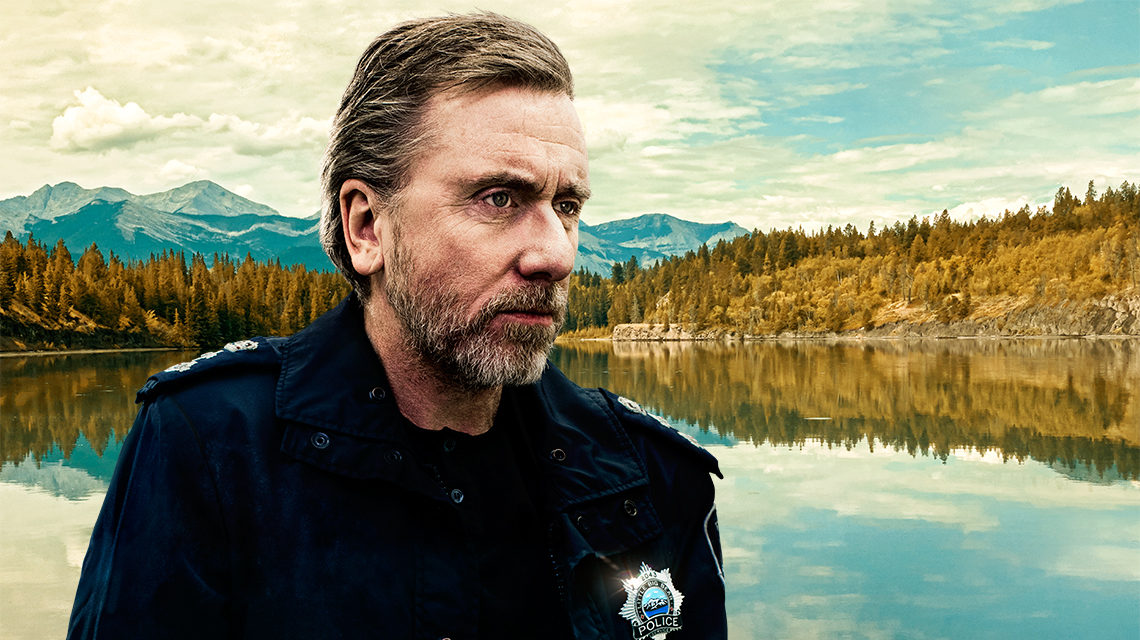 There’s great pleasure in the renunciation of desire. I know this because for thirty years I refused to eat dead mammals, I dressed like an impoverished graduate student, I acted as if the world were a juvenile detention facility—that’s what they call them, really—and I cut my own hair with scissors, mirrors, and electric razors. Meanwhile, I was the Ideal Dad, Mister Mom, the father who did all the cooking, went to every extracurricular event, and helped with the homework, too.

I’m not like that anymore. I left my marriage ten years ago, moved to New York, got a new life. But back then, I was a saint. Except that I was a truly dedicated drunk, so I probably would have fucked your mother if she smiled at me. Maybe I did. I don’t remember the details. I do remember apologizing to a friend for coveting his wife. He forgave me.

But moving to New York changed the terms of renunciation. I was on a new frontier, totally on my own, and, apart from the writing—I actually finished a book in the first three months there—it was hard going, always clearing another path through the ornate, inorganic underbrush of a city I loved but didn’t know or even understand. My good friends were way downtown, or down South, no help there.

It got to the point of blackouts and blood on my hands. Why was I sitting there, in my own truck, at 5:00 AM, in the passenger seat, looking out from a shattered window with a baseball bat in my hands?

So I found an AA meeting and quit drinking. It was great fun for a year. There’s nothing like hearing stories of incredible excess followed by artful confessions of sin—everybody gets to be his own priest. My heart rate always got up around 100 as I listened or spoke in meetings. I guess I needed the stimulation, because I was running two meetings by the time I left the rooms.

But when the pleasures of renunciation reach the point of diminishing returns, and they do, believe me—your pulse eventually slows, because the story stays the same, no matter who’s telling it—then what?

Tin Star, the surreal new Amazon cable series that features Tim Roth as a western hero, has an answer: kill everybody in sight, but spare the children, except for your own son, who died, anyway, because you ducked when the masked gunman at the gas station showed up.

Now this is a new gesture in the genre wars, Ray Donovan notwithstanding. Until The Searchers, John Ford’s inquiry into the obsessions of Indian-hating, the western hero was a taciturn answer to the garrulous gangster, who, in his original incarnations (see Scarface, Public Enemy) seemed a sociopath incapable of sexuality, or even adjustment to everyday life. “Stagecoach” was the breakthrough, where the escaped convict, the Ringo Kid, falls in love, solves the crime, and kills the gangsters, the whoremongers, in Lordstown—the City of God , that was Augustine’s destination, too, but then he also was a whoremonger. (OK, Winchester 73, with Jimmy Stewart and Walter Brennam, is another possible exception to the rule proved by The Searchers.)

The western hero was the harbinger of civilization, but he couldn’t stay once it arrived. He cleaned up the town by killing the resident gangsters, the men who wouldn’t stand for any law, but he was a law unto himself, so he had to move on. He was the itinerant policeman—the gunslinger—who could make local attachments, but never enlarge upon them, turn them into political commitments. That is why The Man Who Shot Liberty Valence, Ford’s farewell to classic Hollywood film-making, signifies the end of the western, and of any new frontier.

In this sense, the western hero and the gangster are two sides of the same coin, the cop and the criminal who break the extra-statutory bargain we call the Law of the Father. They want out, but they can’t find a way. So they finally betray the law they’ve sworn to uphold, and I don’t mean the statutes. They hand over control of the future to the women.

Tin Star reopens the question of the western hero, in any case, and without the help of Elmore Leonard, the man who loved gangsters and who propelled Justified, another entry in the western genre on cable TV, to greatness. That question now becomes, Can this displaced person deal with any affront offered by modernity? Can you?

Jim Worth, the new sheriff in town, is a cop from London fleeing the corruptions of the city out on the frontier of Canada, and so he fits the profile of the western hero—he’s the implicit answer to the gangsters who, in the form of North Stream Oil, have contaminated the small town routines and relationships of Big Bear by building a refinery (tar sand oil) and importing working stiffs, many of them bikers, from everywhere.

Jim is quiet, apologetic, always trying to be unobtrusive, and he’s “in the rooms,” as we say, a diligent attendant at the local AA meeting. But then he realizes the corporation is responsible for every goddamn thing, including the murder of his five-year old son at the gas station, not to mention the faked suicide of the local MD, who had already been blacklisted by North Stream.

So of course he gets drunk and betrays every promise he’s ever made, to his wife, to his daughter, to his fellow cops, to himself. Betrayal feels good just then, especially because you get to beat the shit out of a biker in the bathroom.

But what are the other pleasures of this sadistic indulgence, this reversion to the gangster, apart from the possibility of improved posture? Or is it reversion? Is this man undercover, pretending to be the reformed drunk and then the uncontrollable drunkard? Is he the familiar western hero, after all, come back to taunt us with a British accent?

It doesn’t help that the double life of the hero—he’s always got two back stories, once as a criminal, then again as a penitent—has produced two sons, who now meet on native ground, and I do mean native. The “first people” of Canada are all around, and they want an accounting, one way or another. Speaking of origin stories on a biblical scale, one of the sons kills the other. By accident, remember, Dad ducked the bullet meant for him at the gas station.

But why the bullet to begin with? What did kindly Jim do to deserve all this deadly attention from trained assassins? Turns out that as Jack Devlin, he was CID, M16, undercover for sixteen years, probably sorting out the IRA. But there’s also the Oedipal matter, the part where the man who has grown up to kill the boy is the boy who wants to find his father just so he can kill him. Jack Devlin the family man raised that boy as an undercover father, and betrayed the mother to his employers, the Brits waging the original war on terror, the one against the IRA.

Jim Worth is Jack Devlin, and his Irish, that is, colonial past, now haunts Alberta. But there’s nothing much he can do about the murder of his son except turn the story over to the women in view. Mom lets the genie out of the bottle because she wants vengeance. Kill these people, she says. “Is it such a good idea to bring Jack here?” Jim asks her. And then all hell breaks loose because the Devil is now at large, courtesy of his wife.

“I can’t stop him,” Mom says when everybody knows that the new boyfriend, Jack’s former son, is the accidental killer, and she’s warning her daughter off her father’s implacable course, gun in hand, shoulders still slumped, weighed down like Job, by fate. “I will, then,” the daughter says, as she takes the shotgun from her mother and crouches protectively over the boy who killed her brother. This is her other, older brother, the one who preceded the little boy shot dead by the masked gunman at the gas station who also happens to be this new, undiscovered brother.

And she does stop him, for a moment, but the father kills the son, anyway. The law he represents is so ancient and idiotic that he now becomes merely frightening, a throwback to Orestes. An eye for an eye? No, this runs deeper, as far down as the traffic in women that made civilization as we know it imaginable. Remember, the first law of that commerce was the incest taboo.

So, get closer, the women who are watching, now without weapons or ammunition, are horrified as they see Jim Worth kill his first son, but the looks they exchange say that they will have the last word.

We’re included in this shot/reverse shot. Maybe, then, we get the last word. There is a visual plus sound effect in this series that is unmistakable. It’s the gas station at the opening, where the sign creaks in the wind, where the son is murdered because Dad knows enough to duck—to get out of the way.

The camera returns to it again and again, and so does the beautiful female lawyer for North Stream (Christina Hendricks) as she tries to extricate her Indian client from the clutches of corporate retaliation. And so does the boy killer, who remembers his appointed assassin’s failed attempt—he was supposed to kill Dad—when the creaking sound of the sign recurs as he’s chopping wood.

This image, both visual and auditory, takes us back, but not just to the quaint history of the hinterland and the rural, murderous idiocy of the frontier. It goes even further than that because it recalls the opening shots of the gas station in I Spit On Your Grave.

That movie, perhaps the worst ever made, was first released in 1976 as Day of the Woman. It’s “about” the gang rape of a writer who has left the city to finish a novel, who then takes appalling revenge on each of the perpetrators—led by the gas station attendant—without recourse to any law.  It’s a cult classic mainly because Carol Clover countermanded the obvious identifications in Men, Women, and Chain Saws, claiming, rightly, that the viewer is forced by devious cinematic means to take the side of the survivor.

In this new rendition of the revenge cycle, the survivor of rape has finally become, and must become, a vigilante who will not, on principle, turn to the Law of the Father, or the care of the Brother—the policeman—or any other patriarchal device to set things right. She doesn’t take the law into her own hands, she reinvents it according to the protocols of the gangster and the western hero.

When Jim Worth/Jack Devlin’s wife urges him to kill the men who accidently arranged the murder of her son, and he goes about it, you might want to think that the Law of the Father has returned from the region of the repressed to haunt our new frontier, out here on the edges of gender equity, where women are remaking the workplace by appeal to old rules. You might want to think that nostalgia has flooded this field.

But then you’d have to ask yourself why the wife and daughter kill that North Stream executive with their bare hands, and why they then plead with the father to spare the life of the son. Like Hamlet, they want it both ways, out of the revenge cycle and into a modern, civilized notion of justice.

They lose. So did Hamlet. But this is just the first season.