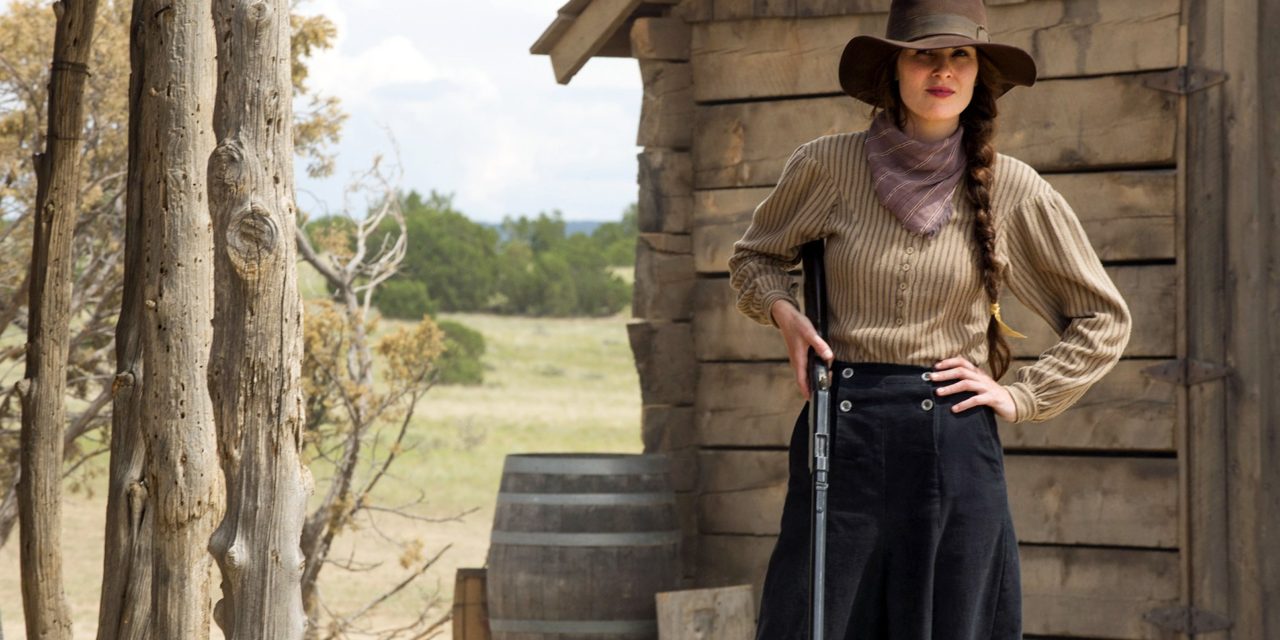 This article contains spoilers. Proceed at your own risk.

The title of this series from Netflix might as well have been “Manless.” But I guess it’s all in the translation. Emily Wilson’s new Odyssey sounds as if Walt Whitman learned ancient Greek and had finally decided on a rhyme scheme. Scott Frank’s new Godless, a grimy, even filthy epic set in the metal mining towns of the 1880s, makes Deadwood—a disgusting place by any measure—look like the preferred destination of western civilization.

All bets are off, and no rules apply, because the men have disappeared. The western genre, the filmic laboratory where the meanings of manhood were always tested—where the gentle, taciturn boys from the countryside talked back to the angry, violent gangsters who owned the cities, offering us a new model of masculinity—now becomes the trial of womanhood. Gunplay is now foreplay because the women have the weapons they need. As my girlfriend puts it: “First they shoot ‘em, then they fuck ‘em.”

Remember The Magnificent Seven? I mean the original, with Yul Brynner, Steve McQueen, Charles Bronson, James Coburn, Eli Wallach. A small band of reluctant, out-of-work gunslingers comes to the rescue of a Mexican village colonized by a nomadic gang of thirty, which exists only to prey upon helpless peasants. The weak suffer what they must, unless protected by armed men from elsewhere—who are themselves unconscious agents of empire. James T. Kirk, captain of the starship Enterprise, let me introduce you to your predecessors, Chris Adams and Vin Tanner, leaders of the seven samurai.

This timeless story is retold here, western-style, but the colonized bodies are the women left behind by a specifically modern disaster, systematic slaughter (Creede) or industrial accident (LaBelle). In fact, every western is retold here, from Stagecoach—the town of Lordsburg gets a passing mention in Episode 2, by the banker who’s pitching a share of the silver to be mined by the corporation that sent him—on toward Winchester ‘73 and Shane.

But the gendered twist makes it a story for our time. For the weak, these women without husbands, fathers, or brothers, refuse to suffer. They arm themselves and they fight off the predators. They spit on your grave.

Roy Goode is of course an illiterate orphan raised on the random violence of the Wild West, by Frank and his outlaws. Like old Huck, he runs away, but he’s running toward civilization—he learns to read, and when it comes to going west, he’s headed toward something, toward his brother in California, whose heartbreaking letter from another time zone frames the story. Roy learns to read so he can remove himself from the fate determined by an unopened letter.

Roy arrives on horseback at Alice Fletcher’s ranch after dark, and she shoots him, for that reason—he has no reason for encroaching on her territory. But she misses her target, his head, and he lives.

Her mother-in-law, an old squaw, nurses him back to life—he’s already been wounded in flight by Frank’s gang—and her grandson, another renegade, an Indian boy, falls in love with this same man, who, like Shane, appears out of nowhere, as the embodiment and the prediction of all that is inexplicable. Where did he come from? They have to care, but they don’t know how, and neither do the rest of us, until the eve of his departure. That’s when Alice makes love to him, when he’s bound to leave, long after she’s left him wounded.

Now Frank Griffin is Roy’ Goode’s father, in effect. But Roy has reversed the castration complex—you’d better fear the Father because he can make you impotent—by shooting off Frank’s left arm during the escape from Creede. Amputation is castration, as we know from The Best Years of Our Lives. What then? Well then, as a result, the Father’s urge to vengeance knows no limits. There will be blood, and everybody will end up wounded.

And Good Christ, is there ever more blood. I‘ve never seen anything so frontally violent, not The Sopranos, not Wired, nor Breaking Bad. It’s breathtaking, the way that lives get taken in this series, sometimes casually, but always with a purpose. Get ready.

Because the weapons are wielded by the bad guys, or by the women and the Buffalo Soldiers, the black enclave upstream, yes, probably a screenwriter’s afterthought. In Episode 2, the new woman, now dressed like a man, outdraws Whitey, the proud deputy, the skinny white man who wants to be the gunslinger, but the black folk are destroyed in Episode 7. Where, then, will you stand, as a viewer of these catastrophes?

Probably with Roy and his doppelganger, Bill La Nue, now there’s a nice Jamesian touch—he’s the new man? No, he’s the disgraced sheriff of LaBelle whose eyesight is failing. Hello, Oedipus.

These are the two men, Roy and wild Bill, who ride back into town just as Frank and his crew are about to overwhelm the women who have armed themselves against this invasion. The two men keep shooting in this swirl of dust, which seems improbable or pointless in a staged place we’re supposed to be able to see—where are we now?—and yet they prevail. We believe they were the difference in this gunfight.

Roy and Frank face off in the end, and the son kills the father, speaking of reversals. Then Roy heads west, according to the map in his brother’s letter, and according to that other map, the one that charts a moral universe where Bill La Nue and Alice Fletcher can pair off. Roy’s the hero, remember, he lives by the law of dreams—keep moving, or die. But also remember that what he leaves behind is a world ruled by women.