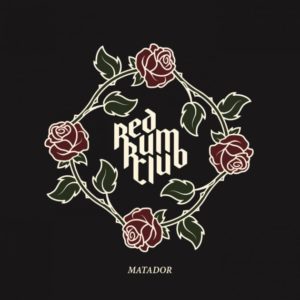 Red Rum Club are from Liverpool.  Also from Liverpool is Echo & The Bunnymen,  Why does this matter?  Because Red Rum Club sound like an updated version of the Bunnymen,  Shimmering guitars, quick beats, and frontman Fran Doran sounds a bit like a cross between Ian McCullough and Noel Burke (the temporary frontman of the Bunnymen c. 1990).  And yet, this is a brand new bag.  RRC also have this bizarre mariachi horn.  You’d think this would be a bad idea.  It is not.  In fact, this is some seriously good shit.

Doran is gold as a frontman.  I can imagine RRC are wicked live.  His vocals are warm and honeyed at his normal register, somewhere around a tenor.  And then he goes up an octave (or so, don’t quote me) and his voice becomes impassioned and urgent.  The trumpet plays off his vocals, and his vocals play off the rest of the music.  Opening track ‘Angeline’ sets the mood.  My favourite track is actually the second, ‘Would You Rather Be Lonely?’  It starts off with this bizarre chant of ‘Ho Ga!’, and why this works, I have no idea.  But it does.  The other stand-out track is ‘Calexico,’ which is all moody bassline, but moody basslines don’t work with a mariachi horn.  So maybe this is it: the music is Echo & The Bunnymen-esque: moody with shimmery guitars and a great frontman, but the shimmery and moody only goes so far when the horn kicks in.  The horn is, almost by definition, happy.

I read the press release that came with this album and was deeply skeptical. I mean, seriously, who plays the mariachi trumpet with indie rock?  And then there’s ideas like the ‘Ho Ga!’.  And yet, this is compelling, catchy, anthemic rock’n’roll.