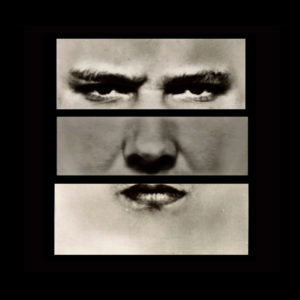 Meat Beat Manifesto are legendary. They’ve been around in some way, shape, or form since 1982, formed in Swindon, Wiltshere, they’re now based in San Francisco.  MBM is really one guy, Jack Dangers, though it hasn’t always been that way. I first came across them listening to CITR, the radio station from the University of British Columbia in Vancouver; it must have been 1989 or 1990.  It was their début album, Storm the Studio.  That album came with a story, as the original recordings for it were allegedly destroyed in a fire.  Their record head at the time denies it ever happened, Dangers insists it does.  Whatever.  Storm the Studio was distributed by WaxTrax in the US and Canada, so they got immediately categorized as an industrial band.  I have vague recollections of seeing them a couple of years later, in either Toronto or Montreal.  It was an epic gig.  But MBM were never industrial, they didn’t sound like Skinny Puppy or Ministry, or even Nine Inch Nails.  They were always more diverse, more experimental and, well, better.  MBM’s previous 10 albums have run the gamut from industrial to EDMN to techno to trip hop (more than a few accredit MBM as precursors to that genre), to big beat, to jazz fusion to anything else.  They’ve been cited as influences on NiN, the Chemical Brothers, the Prodigy, amongst others.

Impossible Star sounds like a MBM record.  Wicked beats, thick, heavy bass lines and a variety of blips, beeps, and other electronic sounds over top.  Dangers says this album reflects the paranoia and surreality of our times.  I’ve got to say I agree.  Impossible Star is on top of you from the get go.  It’s best listening to on headphones and it can take your great mood on a beautiful, sunny, winter day (as today is) and make you slightly paranoid and worried about the plight of the world.  And this is done just with music, no vocals, of course.  But it’s the way Dangers constructs his beats, and even with the occasional sunny flourishes (I detect a bit of Boards of Canada in here), the low end of the music keeps us rooted in fear and paranoia.

I don’t think Dangers is breaking any new ground here, I can hear a direct continuum from Storm the Studio through Subliminal Sandwich (1996, their major label breakthrough, and my favourite MBM album by a country mile) to Impossible Star.  Sure, the studio technology has improved drastically since 1989.  And, yes, the beats and noises are modernized.  But that closeness, that feeling this is headphones music, that hasn’t changed.  Jack Dangers makes wickedly good electronic  music.  And Impossible Star is more of this.