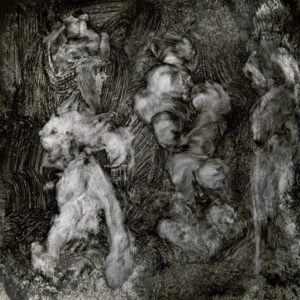 This is the second collaboration between Mark Lanegan and Duke Garwood.  Lanegan cut his teeth as the front man of the most under-rated of the great Seattle bands, The Screaming Trees, and since their dissolution in the late 90s, has emerged as force to be reckoned with as a solo artist, as well as collaborating with everyone from Greg Dulli (most notably with The Gutter Twins, but also with Dulli’s Twilight Singers), The Queens of the Stone Age, Tinariwen, Isobel Campbell, Soulsavers, UNKLE, Moby, Slash, and more.  Garwood, meanwhile, is not only one of Lanegan’s favourite artists, is a seasoned guitarist, based in the blues, if I had to classify him, but he kind of defies that.  He has also collaborated widely, including with The Orb, Savages, and Shezad Darwood, amongst others.  He is also a well-established solo artist, his last album, Garden of Ashes, was masterful.

On many levels, their collaboration is a natural one, both men favour dark, brooding, and vaguely threatening soundscapes, and whilst Garwood’s voice is light and tremulous, Lanegan’s voice, as he gets older, is becoming even more of a growl.  In many ways, he’s becoming Leonard Cohenesque, minus the poetry, though the topics are the same: God, love, death, and sex.  Lanegan handles the vocals on these albums.

The album comes out of the Mark Lanegan Band’s 2017 tour behind their album, Gargoyle; Garwood is the guitarist of the band, and he also opened the shows on the tour.  At any rate, after returning to Los Angeles, a burned-out Lanegan headed up the hills to recover, and Garwood stayed behind, taking care of Lanegan’s collection of animals (two cats and six dogs).  It was the middle of a heatwave, and rather than melt into a puddle, Garwood collected himself some recording materials, and sat down with his guitar and Lanegan’s Casio keyboard to provide the beats. Then, with some droning keyboard riffs to flutter back and forth across the tracks, we got the music of With Animals (and also the album title).  Lanegan eventually returned home, took a listen, was blown away, wrote his lyrics, cut his vocals and here we are.

Black Pudding, their first collaboration, from 2013, was a straight-ahead moody rocker, largely based in desert blues, a music form ideally suited for Lanegan’s growl.  But this is something different, both simpler, and more complex.  Simpler in the way the music was constructed, more complex in the sound.  This is a dense, almost claustrophobic album.

On ‘My Shadow Life,’ we get a track of that drum machine, bass, and guitar, which creates the tense, dark atmosphere, and as Lanegan growls about light, darkness, and love, this clarinet sneaks into the mix, traveling out of nowhere from the right to the left speaker, and back again.

But it’s the ways in which Lanegan delivers his lines on this album that is perhaps something new for him.  For example, on ‘Feast to Famine,’ the second track, which centres around a muffled beat and the droning of the Casio, Lanegan’s vocals sink into the song.  Opener, ‘Save Me,’ sees our hero with his vocals layered and distorted, almost spoken-word, echoes all over the place.  In short, his voice is more subdued than on much of his post-Trees work, and yet as strong as ever.  There is the experimentation with effects on his voice, but he also sings in not quite a higher octave, but in a lighter version of his voice, such as, for example, on ‘Lonesome Infidel.’  Over a droning keyboard and nothing more, Lanegan pleads with the Lord, his voice moving from lightness to darkness over the course of verse.

In short, this is another excellent collaboration between Garwood and Lanegan.