Jah Wobble is a legend.  He was the founding bassist of Public Image Ltd., the most essential of post-punk bands.  PiL (comprised initially of John Lydon, Keith Levene, Jim Walker, and Wobble) essentially invented post-punk with their first two albums, 1978’s First Issue and 1979’s Metal Box. Wobble brought a new way of playing bass to rock music, heavily influenced as he was by reggae and dub.  His big, fat basslines were the perfect counter punch to Levene’s jarring, metallic guitars and Lydon’s singular voice.

He resurfaced in the early 90s with The Invaders of the Heart, heavily influenced by dub, reggae, as well as Middle Eastern music.  The album, Rising Above Bedlam, featured the hit single ‘Visions of You,’ with Sinéad O’Connor on vocals.  It was and remains one of the most mesmerizing songs I’ve ever heard, as much for Sinéad’s voice as Wobble’s bass.  Since then, he has regained his musical mojo and has released more albums, eps, and singles than I can count.

Wobble’s music is instantly recognizable, I don’t think there is another bassist in the history of rock who is as distinctive sounding as he.  Peter Hook was once that, but his sound got ripped off repeatedly to the point where one can’t tell the difference between Hooky and his followers.  But Wobble is singular.  And The Butterly Effect is built around his basslines. A Wobble bassline feels so thick you can walk on it, surf it, or lie under if for a nap and have it keep you covered.

Coming on the heels of Dream World, a collection of dreamy instrumentals which came out in June.  This new album is appropriately-named; the butterfly effect is part of chaos theory and is the sensitive dependence upon initial conditions; one small change, and everything is changed.  In effect, Wobble has lived the butterfly effect already in PiL.  And on this new album, his lyrics collectively ponder the interconnectedness of our world.  Built around a series of poems he wrote around the time of the Recession of 2008, he focuses on everything from banking to being taken for a tourist in his own town.

‘The Iron Lady Got Rust’ recalls Dame Margaret Thatcher de-regulating UK banks, which Wobble connects to 2008 and through the politics of austerity of the present-day Conservative government and Brexit.  On ‘I Love Your Accent,’ Wobble tells a wonderful story about checking into a 5-star hotel in Stepney, London, his birthplace.  He was rather appalled by the existence of the hotel in the old town hall.  His story is both funny and poignant.  Upon checking into the hotel, the clerk said she loved his accent and asked where he’s from.  She didn’t believe him and insisted he was a New Zealander.  Given how thick his accent actually is, it’s hard to imagine.  But, hell, I was in a Starbucks in Cincinnati a few years ago and the barista asked me if I was Russian.

Part of what makes The Butterfly Effect such a pleasing album, though, goes beyond Wobble.  And that is the guitars of long-time collaborator Martin Chung.  Chung is heavily influenced by Levene and other post-punk guitarists and, when pared with Wobble’s bass, the results are, well, wonderful 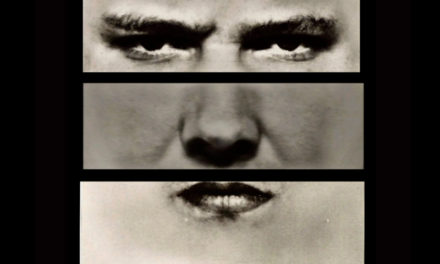