The history of environmentalist thought is structured, as often as not, by too much and too many: too much stuff, too many people; too much deforestation, too many poisoned aquifers. Capitalism, as its supporters and critics alike would surely agree, thrives on exactly this too-muchness. Growth is its sole commandment.

It hardly needs to be said that these truths can’t coexist, that a system that needs to keep growing to survive is ill suited to a full planet running rapidly out of resources. The doctrine of endless growth, which must ignore this fact, requires an ecological illiteracy best summed up by America’s Illiterate-in-Chief in an interview he gave to Fox News’s Chris Wallace: “We’ll be fine with the environment. We can leave a little bit, but you can’t destroy business.”

Trump is no economist, but he articulates a perspective on the environment that pervades standard economics—that you can just “leave a little bit,” or not even bother to, and the economy will continue to grow, as though the environment were not the source and limit of all value. To conceive of a robust economy without growth, you have to break from the most fundamental premises of economic thought, to come up with a new standard for what makes an economy successful.

Herman Daly proposed just such a revolution decades ago with his concept of “steady-state economics,” which takes as its starting point the question that economists before him studiously declined to ask: “how big the economy should be relative to the ecosystem.” Now, when we may need it most, n+1 co-founder Benjamin Kunkel is attempting to reintroduce Daly’s steady-state economics back into popular circulation with a reissue of his 1987 essay, “On the Steady State.”[1]

The volume itself is tiny, being part of the Artist’s Insitute’s aptly named “Pocket Institute” series, but it is doubly valuable for the double function it performs. In the first place, it reintroduces a system of thought that has been all but lost from public view if indeed it was ever there at all, known only to “other ecological economists, a few historians of economic growth, and some radical environmentalists or ecomarxists—in short, no one respectable.” At the same time, Kunkel brings the concept up to date, introducing it in the context of a changing climate, the effects of which are daily becoming more imminent, and the ever-intensifying systems making it change even more drastically. With Kunkel’s commentary, Daly’s steady-state concept presents an indispensable armature for economic thinking in the Anthropocene.[2]

The basis of a steady-state economy is, at least in concept, simple. It proposes a system in which human population and the number of “artefacts” are held constant, even as social, intellectual, and technological progress continues. (Neoliberals will close the book here: they know that stopping growth means everything else stops too.) Rejecting the association of growth with all that is good is an act of liberation. It is also a challenge, or an invitation, to think about what qualitative improvement would mean without quantitative increase.

But it is not pure liberation, and if the old doctrine of growth is gone, a new accounting is needed. What replaces growth is “throughput,” a relentlessly material metric that is almost as important and submerged a concept as the steady-state economy itself. Throughput refers to the amount of material and energetic input into a system relative to its output, which Daly frames here as a progression from resource depletion (input) to pollution (output). The ideal steady-state system does not eliminate economic inputs and outputs. Rather, it seeks to limit them to a scale that will be “within the regenerative and assimilative capacities of the ecosystem, insofar as possible.” Don’t take more than will grow back, and don’t make so much trash that it overwhelms us.

The stakes of finding such a system are existential, and even more so the less there is to deplete and the less space there is to pollute. The planet is being stripped beyond its capacity to regenerate, and it will only get worse as long as the global economy is not restrained by absolute limits to depletion and pollution. As Daly explains, even economic schemes that assign prices to pollution and depletion, which would theoretically create economic incentives for good environmental citizenship, will fail to avoid the problem without a global limit. He uses the analogy of regulating cargo loaded onto a boat: you can use a sliding price scale to incentivize an even distribution of cargo, but no matter how evenly distributed it is, loading more than a certain amount of cargo will make the boat sink. More literally now than forty years ago, we’ll find ourselves underwater if we don’t adhere to the economy’s natural constraints, the limit of what the planet can take.

Daly spends much of the short essay pointing out just how fundamental ignoring such constraints has been to standard economics, an affliction he terms “growthmania.” The root of the problem is that the founders of standard economics took the natural environment as infinite, unable to be depleted or filled up by any amount of production and consumption. The reality of endless growth quickly outstripped the capacity of their imaginations, and yet their theories were not updated to match. As a result, the economist’s accounting is considered “balanced” when there is a balance of trade, ignoring as externalities any resource depletion or environmental despoliation. The environment simply does not come into it, despite being the source of all raw material.

In contrast, Daly places the system within the constraining sphere of the ecosystem by establishing the second law of thermodynamics (the law of entropy) as the guiding basis of economic activity. Standard economics appeals to the first law of thermodynamics, he claims, believing that outputs can always become new inputs by being rearranged, a theoretically circular system that might make endless growth seem possible. Daly’s appeal to the second law reveals the impossibility of such a perpetual-growth machine; understanding the economy in terms of entropy means, to him, that our capacity to rearrange matter and keep the system going “gets used up irrevocably,” no matter the contortions of human ingenuity.[3] Here, the law of entropy is established as the ultimate limiting factor beyond which it is impossible to go. Ignoring this limit, imagining a system in which no energy is lost between the conversion of low-entropy resources into high-entropy waste products, would be “like studying organisms only in terms of the circulatory system, without ever mentioning the digestive tract.”

“On the Steady State” is notable more for its principles than its proposed implementation, but Daly does make suggestions for surpassing the shortcomings of standard economics. In the most notable of the models he proposes, a company would bid for the right to deplete some amount of a resource, with the total amount being set by a government agency. A winning bid would give the company access to a private market in which the resource would be sold at market value.[4] The revenue from the first, regulatory market would then be distributed equitably, just as the damage of resource depletion is.

The possible implementations he suggests are as direct and elegant as his prose, but like most suggestions for ecological praxis these days, they seem somehow too conservative and too utopian at the same time. This middle-ground between public regulation and private market is meant to be pragmatic in its commitment to retaining the “freedom” of private property and a market system while simultaneously suggesting an unprecedented level of environmentally protective regulation. And yet it does not address the need, already pronounced by the ‘80s, to replenish an already depleted natural landscape, though one might suppose that something like reforestation could be used to expand the market. Furthermore, it is hard to see how a society built on growthmania would be made to accept regulation of the scale necessary for his proposal. For a modern steady-state economy, this implementation could well be too little, too late and out of reach at the same time.

While it isn’t the goal of Kunkel’s foreword to modernize Daly’s theory or propose a way of adopting it now, he does invaluable work in reframing it for the moment of its reissue. The willful ignorance inspired by growthmania has only been made worse by globalization’s reliance on cheap fossil fuels. Further, the techno-mythic “cloud” makes it all the easier to imagine that our economic transactions are immaterial, even though (as Kunkel helpfully quantifies) the cloud itself requires enormous expenditures of energy that only increase as our lives grow more and more virtual. What is most admirable about Kunkel’s intervention is that he, like Daly, manages to write about an extraordinarily complex interaction of global systems in terms that are elegant and engaging. Surely there is an obligation to write about such important ideas in a way that allows them to circulate, and for this one there is perhaps none better than Kunkel to do it. That combined with the proportions of the volume itself make this an essay that is easily passed around—and the importance of Daly’s steady-state system as a starting point for an economic future means that it ought to be.

[1] The concept was first introduced in Daly’s 1977 book Steady-State Economics; Kunkel describes “On the Steady State” as a kind of précis of Daly’s work.

[2] Benjamin, “On the Concept of History”; see also Dipesh Chakrabarty, “The Climate of History: Four Theses”

[3] In this line of reasoning, he formalizes a strain of Marxist economic theory, an important one albeit largely submerged, that uses energetics and soil science to critique classical economics, a strain that begins at least as early as Sergei Podolinsky in 1880 or even earlier with Marx’s interest in the work of Justus von Liebig. For more on Podolinsky, see John Bellamy Foster’s Marx’s Ecology, 166-7. He in turn points to the work of Juan Martinez-Alier in unearthing this theoretical progenitor.

[4] He cautiously supports another, more familiar model in which depletion is merely subject to a “severance tax”—but it is hard to understand why he supports it even cautiously, seeing as it wouldn’t impose the absolute depletion limit that is so central to the steady-state economy. 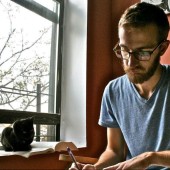 Phillip Polefrone is a PhD student in English and Comparative Literature at Columbia University.