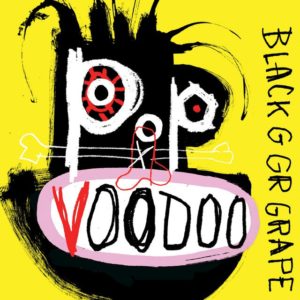 Shaun Ryder is the quintessential survivor of the Madchester scene. His regular band, the Happy Mondays, burned out on a toxic pile of drugs and managed to bankrupt their record label, Manchester’s legendary Factory Records, with their 1992 stinker of an album, Yes Please! The Mondays then imploded and Ryder re-appeared a few years later with Ruthless Rap Assassin Kermit in Black Grape. Black Grape released two killer albums in the 90s and then faded into obscurity. Ryder and the Mondays cleaned up and re-surfaced around a decade ago and have been recording and touring ever since.

Ryder is in his mid-50s now, but he remains a poet of working class Manchester, even refracted through the money and fame he revels in. He is a wordsmith who can occasionally sing. Oddly, he doesn’t really sound all that much different than he did on the Mondays’ glorious 1989 album, Pills, Thrills & Bellyaches. This time, instead of singing about sex, drugs, and rock’n’roll, he’s happily sober. And from interviews, it sounds like he’s enjoying his second act. Or whatever act this is, as he sings on ‘Nine Lives,’ he has, well, nine lives. If ever a man could claim this, it’s Ryder.

But now, Ryder and Kermit are back together and present us with Pop Voodoo. I was fully prepared for the album to suck. And yet, it not only does not suck, Pop Voodoo is excellent. Ryder is in fine form, starting off with intro track “Everything You Know is Wrong,” trying to figure out the how and why of Donald Trump. Trump’s election (and, presumably, Brexit) leads him and Kermit to conclude that everything they know is, indeed, wrong. Join the club.

Musically, Black Grape have moved into middle age. And while the hipsters over at Pitchfork love to diss anything that sounds like maturity and ageing as inherently bad (even though they aren’t exactly kids anymore), maturity is not a bad thing. Ryder and Kermit have assembled a band behind them that sounds like James Brown’s circa 1967, albeit re-mixed through Madchester and everything that has come since.