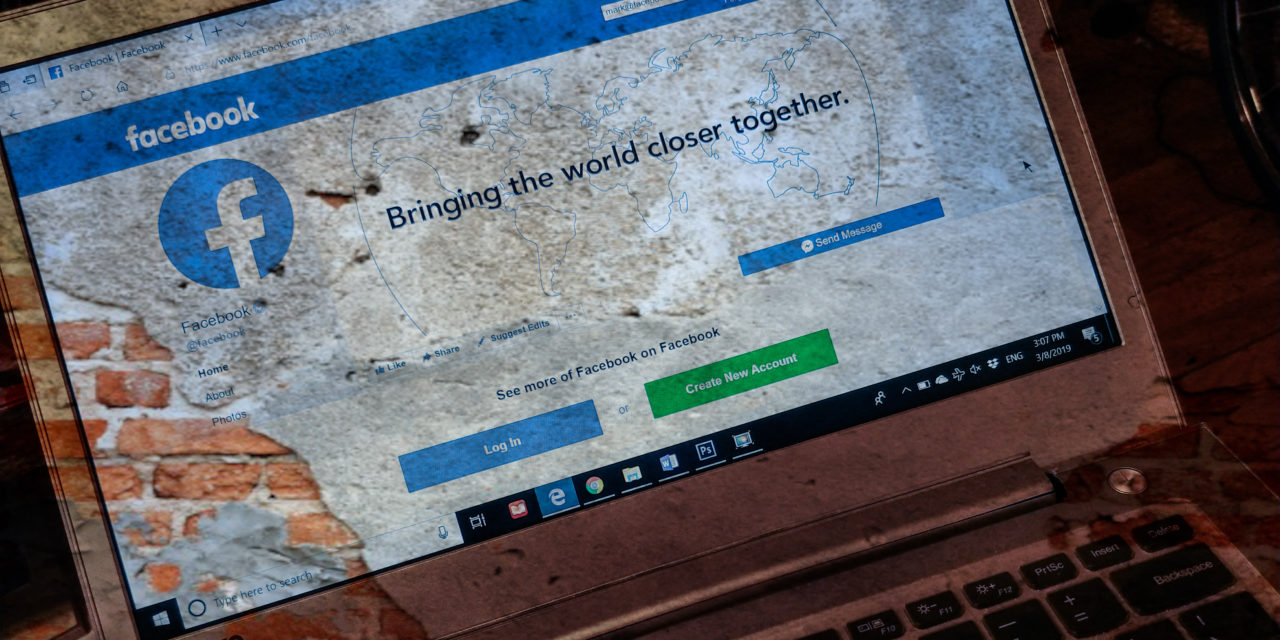 Mark Zuckerberg’s manifesto last week and the burning desire of Indian mega-billionaire Mukesh Ambani to become a tech mogul might not at first seem connected. But Zuckerberg’s dramatic repositioning of his company — an attempt to save Facebook’s future as a global platform — and Ambani’s somewhat unlikely (his net worth just crests $50 billion) emergence as an activist against “data colonialism” are two faces of a coin.  The Forbes #8 and #13 richest persons in the world are embracing the hyper-politicization of Internet communications and seeking to make fortunes in a business landscape where states have now made themselves decisive players. And we’re all in the game.

India’s Internet self-determination movement might not be such a bad thing. When it began in 2015, the idea was to avoid serving up the subcontinental market to Silicon Valley multinationals. The movement was helped along by a bit of globalist trash-talking from Valley legend Marc Andreessen — “Anti-colonialism has been economically catastrophic for the Indian people for decades. Why stop now?” — which focused minds. The Indian media have since configured the movement as a cyber episode in the very long anti-imperial tradition of Swadeshi, or favoring locally produced goods as a mode of resisting imperialism. (“Swadeshi in every sense is necessary” Gandhi wrote in Indian Home Rule. [1922]) India also sees China as something akin to an imperial power and has resisted WeChat as it has resisted Facebook, forcing U.S. and Chinese companies to take care in “localization” and invest in Indian companies and entrepreneurs. Indeed, Ambani’s Reliance Industries is working with Facebook as well as against it. In the Internet context, anti-colonialism seems to be a broad church.

At the same time, the embrace of Internet nationalism and protectionism by the ruling BJP is likely to have its downsides. The BJP is an enthusiast of speech codes and the enforcement of what it considers patriotic behavior. It doesn’t really hesitate to promote the fortunes of its favored businessmen at the expense of others. It has a growing appetite for market regulation. The famous “license Raj,” with its (low) “Indian rate of growth”, is not likely to return, but India might also wind up with less of an Internet rather than more, one subject to political control by the state and rent-seeking by its local allies, such as Mukesh Ambani.

The Snowdens of Yesteryear

Unfortunately, from a global point of view the color seems to be draining away from the Internet landscape. Three years ago, I wrote a book about how the universal communications platform that blossomed in balmy Silicon Valley was breaking up into a state-dominated “splinternet”. That process is now advancing to the point where a blandly supervised cyberspace is the norm. Call it winternet.

China’s Great Firewall and Russia’s rough-and-ready equivalent led the way, de-universalizing the everyday Web. Both countries had their justifications, some not so bad: unsavory or criminal content, especially bogus medical and financial products; a desire to nurture national tech industries rather than spend yet another century in the shadow of American innovation; and deep wariness of a U.S.-developed global platform that, until recently, was administered under contract to the Commerce Department.

The revelations of Edward Snowden and others took states’ fear of the Internet to a new level. Suspicions turned into certainties. The U.S. and its Five Eyes intelligence partners were using the platform for global surveillance and espionage. The American intelligence community never really denied this and still doesn’t. Soon every ambitious state stood up its own Cyber Command, in imitation of the U.S., and pondered how to defend itself in what the Pentagon called the Fifth Domain (after land, sea, air and space) of cyber.

Today, mere cyberwar looks like a doddle. Elections, jobs, productivity, nuclear weaponry, Western values, Eastern values, and the environment all seem caught up in the AI Armageddon. There is more than a little hysteria in this. The stakes in the U.S.-Soviet space race arguably were higher, and the result of that was scientific cooperation, and agreement on extra-territorial neutrality, between two countries otherwise engaged in a death struggle. Somewhat similarly, much of the research and code for artificial intelligence and machine learning are open source and shared through academic exchange. There is reason to doubt states’ ability to block knowledge diffusion for very long.

Nonetheless, and differently from what happened in the space race, technologically advanced states have now made the link between their everyday economic fates, their sovereign security, and technological innovation. Rocket science didn’t affect your paycheck but machine learning will. It is this powerful combination of economic and military that has awakened the sovereign ghost in the machine.

Not long ago, it appeared at least possible that economics would trump politics and the expansionary needs of Big Tech would surge across all borders, overwhelming the state’s defenses and being welcomed by wide-eyed consumers everywhere. Huawei would head one way, Google another, Microsoft a third. But states are now reminding their corporate champions where they are from and who protects them. This meshes all too well with the “great power conflict” metaphor that the U.S. and China currently are using as a sorting device for their quarrels. Economies of scale combined with increased corporate acceptance of government supervision — and the subsidence of Internet anarchy into a suite of curated apps — suggest that market forces will not save the Web.

Trapped in the App

After all, the blanching of the Internet landscape is not only a result of states enforcing their own views, whether on speech codes, privacy rights or artificial intelligence. It is also a result of the way Internet companies talk to themselves about what they do. A three-sentence history of the Internet might be: an imaginary world is created where anyone can be anything and say anything; but imaginary people, for money to be made and the system to grow, must become real people with verifiable bank accounts; thus, individuals are monetizable units defined by their traceable activity online. (See Shoshana Zuboff’s new book The Age of Surveillance Capitalism and Roger McNamee’s Zucked.) Internet companies therefore design for Internet life: that’s the tiny corner of reality that they can control and exploit. This has the perverse effect of making the Internet less like life over time. Internet logic reinforces recognized patterns; unlike people, it can’t think outside its system. It is a creature of the past, responding to past behavior.

YouTube, for example, will serve you videos that resemble whatever you have just watched. Unless you believe narrowcast binge watching is humanity’s natural state, what this amounts to

is channeling your content world to whatever breadth and intensity best matches the advertising that is bought against the content.

It has very little, and less and less, to do with you. Your Internet self on, say, MySpace, 15 or so years ago, was probably a better and more interesting version of yourself (at least you tried to make it so). Your online self today, by contrast, is probably worse and less interesting than your real self (never mind your ideal self) and more and more like other selves that have similar pain points. And there isn’t much you can do about it. You’re trapped in the apps.

You are not really to blame. It is simply and only a result of engineering. Internet companies take debased Internet life for real life and design accordingly. Thus the extreme investment in smart homes and driverless cars: they promise to turn the physical world as much as possible into the virtual world and take humans out of the loop. Machines talking to machines.

The consolation in this is perhaps that networked machines and the bureaucracies that support them will continue to be fascinated by their own information and continue to lose interest in much of what constitutes our actual lives. There was always a certain narcissism in the scenario of constant surveillance. They’re just not that into you.

But there is real human loss, as well, in the decaying of the online space. For both geopolitical and commercial reasons, the internet is graying into spheres of influence patrolled with the cooperation of large states and large companies, acquiesced in by fearful publics. Splinternet has already happened. Winternet is coming.

Or is it? Mark Zuckerberg makes an unlikely messenger of freedom. His sudden advocacy of encryption and privacy, as the head of a company that has been shattering our privacy for years, seems hollow, and as David Kirkpatrick points out, it also vitiates Facebook’s current business model:

The implication of Zuckerberg’s essay … is that Facebook might very well be less able to target ads, because more user content would be encrypted, and thus unreadable. A genuinely privacy-centric Facebook would also, by definition, give users far more control over how much of their data was viewable to Facebook itself, and thus available to be processed for ad targeting. If I were an investor reading this, I would sell the stock. This new approach could very likely portend fewer “monetizable” page views, the company’s commercial bread and butter. Combine this with the CEO’s promise to withdraw from countries with whom he cannot agree about data control, and the potential for lower usage and ad sales seems significant.

Indeed, and interestingly enough, one country that has lately been insisting on data control — including storage of its citizens’ data on national soil — is India. And it was in India that Facebook first had its wings clipped in 2015 as it attempted to make itself a sort of portal or mini-Internet for the poor, via its internet.org (later Facebook Basics) program.  The Marc Andreessen outburst I cited above stemmed from his frustration as a Facebook board member. (Facebook Basics continues to spread slowly and rather problematically.) Maybe information doesn’t want to be free, it just wants to be non-aligned? China’s AI advantages, at least according to Kai-fu Lee — who should know — stem in great part from the fact that WeChat is used by pretty much everyone in China and is a “super-app” that incorporates other apps such that you never really leave WeChat for anything like (say) the wild and free Internet. That sort of in-app dominance has pretty much been Mark Zuckerberg’s dream for Facebook (helped by its subsidiaries WhatsApp and Instagram). It seems like a nightmare for everyone else; has been central to Zuckerberg’s ample reputation as an ogre; and is probably not replicable outside China. In any case, Zuckerberg has now publicly broken with it. Maybe he learned something in India.

But even if Zuckerberg does not do what he says he will do, there is importance in his saying it: “I believe the future of communication will increasingly shift to private, encrypted services where people can be confident what they say to each other stays secure and their messages and content won’t stick around forever. This is the future I hope we will help bring about.” Well, he’s right. For the open Internet to survive at all, it has to become more private: protected from the state, from governments, who as Zuckerberg disarmingly puts it, “often make unlawful demands for data.”

That has a bit of the old Valley hubris, which I somehow miss. He is actually bracketing the power of the state to make laws as one factor among several to be considered by a thoughtful CEO. But fair enough. If the advertising-based revenue model and state data-control can both be overturned, then perhaps winternet will at least not come too early.