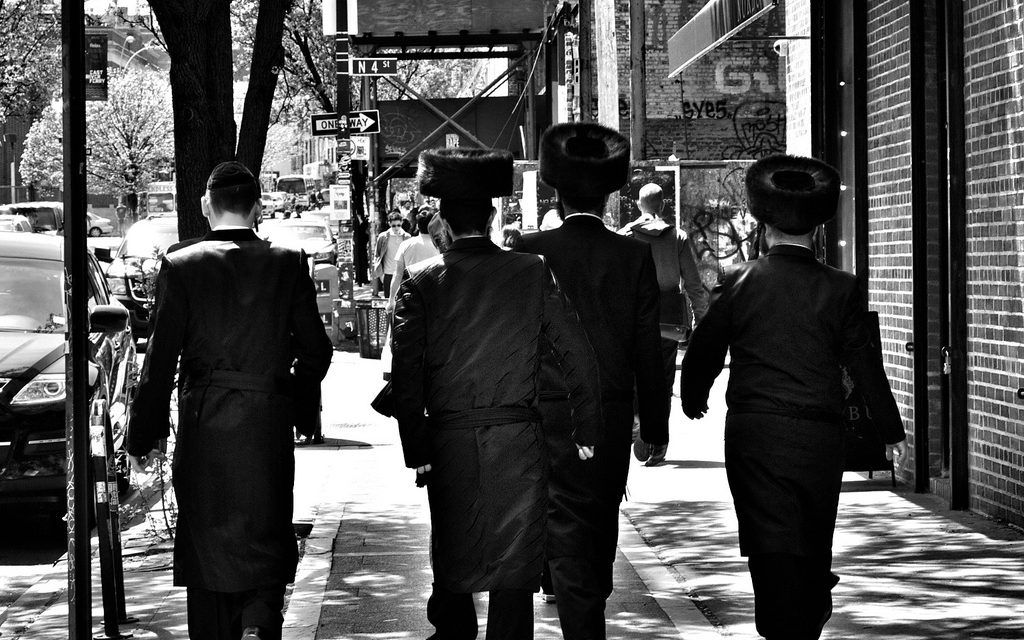 On October 27, 2018, eleven Jewish people were killed during Shabbat services at their Pittsburgh synagogue. They were murdered by a white man wielding four firearms, including an AR-15. Before shooting, he yelled: “All Jews must die.”

Hardly a day later, most of us and most of the Jews among us set out trying to understand this event. A prime task here has been to fit this horror into the narratives we’ve already woven around our current political era and climate. This includes, importantly, our current discourses about race and racism in (North) America. Are Jews the unsung victims, once again (or “as always”), of virulent racism? Are Jews white? Are we obscuring and suppressing the real racialized existence of Jews by blending them into our category of whiteness? As one person on my Facebook feed put it: “This is what happens when the Left criticizes Israel. This is what happens when the Left says we are not white. This is proof that we are unwelcome, and that we must leave to Israel.”

This question of the whiteness of Jews is central, especially at this point in history, when our conversations about structural racism pivot on the white–non-white difference. I want to focus on this question, because its variegated answers have the potential to mislead us and, when bred from ignorance and left unchecked, to obstruct our more productive conversations about race.

So how white are we? First thing’s first: the question itself is deeply flawed. Over 25% of Jewish people have Sephardic or Mizrahi ancestry. Now, it would be a mistake (as it always is) to conflate ancestry with race.[1] It is, however, genetic ancestry which plays a significant role in determining the specific phenotypic expressions upon whose recognition the social structures of race—what Michael Hardimon calls “socialrace”—depends.[2] This is vital to our understanding of the racism experienced by Sephardic and Mizrahi Jews, in America and also notably in Israel.[3] It is also useful in helping us recognize why most Ashkenazi Jews don’t share that racialized experience. (I should caveat, of course, that there are plenty of Jews of color around the globe whose Jewish ancestry is Ashkenazi, and who experience racism in this or other ways.)

“But wait!” many politically conservative Jews cry. What about all those genetic studies on Ashkenazi Jews, indicating “shared Middle Eastern” genes? We have been scientifically proven not to be white, right? Well, no, of course. Again—ancestry is different from race. “Ashkenazi,” as an ancestral marker, signposts the fact that many of us made a significant and prolonged detour through Europe on our way to the 21st century; a detour long enough (or with enough interbreeding) to make many if not most of us white. I say “white” because, as Michael Hames-Garcìa notes in Identity Complex, race as it is experienced in America is largely a social function of color.[4] When we talk about (structural) racism, we mostly refer to the ways in which both the cultural apparatus and the state apparatus treat people differently and hierarchically as a function of the subject’s phenotypic expression. The proof of my whiteness is that, when a cop pulls me over, I am not in danger of losing my life; when I need to hail a cab in New York, I don’t ever need to walk 40 blocks to have one stop for me; if I am brought to court on charges, I can be relatively hopeful that I will receive a light sentencing; when I interview for a housing application, I can be confident in being approved.

And I should note that it’s not only conservative Jews who make claims to non-whiteness. Glenn Greenwald, in reaction to a tweet by Yascha Mounk bemoaning his inability to call attacks against Jews “racism,” retweeted in agreement: “There’s long been this strange dynamic in the liberal identity politics universe where Jews are dismissed as “white” even though US history, many parts of the world, and far right movements most definitely do not regard Jews that way (nor have Jews historically).”

What’s at issue in Greenwald’s tweet—and what is precisely wrong about it—is the central problem that underlies this question of Ashkenazi whiteness: the difficulty of disarticulating anti-Semitism from white–non-white racism. This difficulty is also central to this Atlantic article on the whiteness of Jews, which could not disentangle “Jew” in its racialized aspects from other forms of racism. You need only read some Mordecai Richler to know that, not even 60 years ago, Jews were non-white in much of North America. And contrary to what some might think, this is not proof of the non-whiteness of Jews, but rather proof of a different articulation of race at a different moment in American history. This was the time of the Johnson-Reed Immigration Act, in effect between 1924 and 1965—otherwise known as the American national origins quota. As Mae Ngai notes in Impossible Subjects, “[The act] established for the first time numerical limits on immigration and a global racial and national hierarchy that favored some immigrants over others.”[5] Jews—as well as Italians and the Irish—were sorted somewhere along the middle of this hierarchy. Ngai goes on to describe how the Johnson-Reed act and other US policies came to redefine race in the America of that era, especially for immigrants from Mexico. Jews, Italians, and Irish people were all less white than Europeans of Anglo-Saxon or Germanic stock. And of course, the fate of African Americans, Native Americans, Chinese Americans, and Mexican Americans—to name too few—was and has been more difficult in complex ways.

So yes, Jews have in the past been non-white according to the racial schematization of the era, but this has not been so through “US history,” as Greenwald would have it. And it certainly is not some kind of proof that Jews must be non-white now, too, no matter how much the alt-right want us to be. In fact, when we talk about the “whitening” of Jews or Italians, we are talking precisely about what happens to those categories as we move from the early sixties to the present, to our current articulation of race. With the end of the national origins quota, and with the Israeli victory in the six-day war, the relationship between Jews and white Americans changed quite dramatically. Many structural barriers were lifted, and the racialization of the Jew faded into the background.

That Ashkenazi Jews can be white—that they can look like the people who have been running this country into the ground—is actually a condition, a peculiar type of Otherness, that is more historically normal for Jews. You’ll forgive me for the broad strokes of metanarrative, but since Constantine converted to Christianity, the “problem” of the Jew’s presence has been bound up with the “problem” of recognition. As George Fredrickson points out in Racism: a Short History, this double difficulty is what created many of the ontological issues faced by the conversos in medieval Spain.[6] Even though conversos had, by definition, converted to Christianity, the people of the kingdom did not trust that they had really converted; something deep and indelible within them was still Jewish, even though such a stain could not be seen. And it was this undetectability that fueled the hatred and fear of Jews. They were the devil in human form, the wry smile that picks your pocket and controls your country while you aren’t looking.

This history helps us understand the racialization of Jews in the Third Reich, the last structurally anti-Semitic society. The Nazi fixation on measuring the skulls and noses of Jews, as well as on noting their hair shape and eye color, reflected a deep anxiety about the inability to see a Jew, who hides in plain sight, as Hitler claims in Mein Kampf. We know, of course, how literally unsuccessful such techniques are and were. In fact, the most ‘reliable’ marker for the Nazis—circumcision—was not genetically determined at all. And this is precisely the point: Ashkenazi Jews (again, with the caveat mentioned above) tend to look more or less like white Europeans.

It is anti-Semitism which posits a racialized difference and wants to find and delineate it. It does so because at its core is a belief in the indelible, unseen stain of Jewishness; to bring this difference into the realm of the visible would make things much easier for anti-Semites. But again, the difficulty of neo-Nazis now, like that of Nazis then, is a tautology: white Jews are white. And so this is why we are attacked in synagogues, and Jewish day schools, and while wearing our kipot—it is these behaviors, which we will hold onto forever, that “give us away.” What we (Ashkenazim) are dealing with is not a function of our color, but of our beliefs and our practices—and something unseen in our ‘blood.’ It is not a function of an American racism that is structured like anti-black racism, for instance, but of a much older racism structured precisely around how much we look like those in power.

When we call ourselves non-white, in America today, we whitewash the actual lived experiences of non-white people, who face structural racisms in ways that we (Ashkenazi) Jews do not. Importantly, when we call ourselves non-white, we also fail at a precise articulation of anti-Semitism, which is all too real, virulent, and dangerous, and which needs to be understood correctly if it is to be combatted.

What happened on Saturday was horrific. What has been happening to Jews around the globe and in America is terrifying. But let’s call it what it is, and ourselves what we are.

[3] Cf. Zion Zohar, Sephardic and Mizrahi Jewry: from the Golden Age of Spain to modern times. 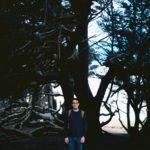 Ben Libman is a writer from Montréal. His work has appeared in The Guardian, The Los Angeles Review of Books, and elsewhere. He is currently a PhD candidate in English at Stanford University. Drop him a line at ben.a.libman (at) gmail (dot) com. Find him on Twitter @benlibman or at his website: benlibman.com