Art and the Left: Michaels’ Reply

Thanks to the editors of Politics/Letters for letting us go one more round in this discussion. The disagreements between us may be too fundamental to be resolved but it’s helpful to become clearer about what they are. So I’m just going to mark what seem to me the main ones and then last word goes to Sean McCann.

First, and most puzzling to me, is the Kant thing. It’s partly puzzling because, as I noted, I mention him only three times, not really enough straw to build that straw man. And it’s puzzling also because my observations about his blurriness on the question of intention and the aesthetic are basically conventional; in Kant and the Claims of Taste, for example, Paul Guyer devotes a number of interesting pages to trying to work through the difficulties produced by the fact that in some places Kant says things that “could be taken to mean that art not only allows but also requires a judgment of beauty made without any consideration of concepts of purpose or intention” and in other places he says things that look like the opposite.[1] And finally, it’s puzzling because even if Kant really does hold the same position I do (that the work as intended is the object of our aesthetic attention), the “distinctiveness” and “significance” that The Beauty of a Social Problem ascribes to aesthetic autonomy are historical, tied neither to autonomy as such nor to the experience of it but to what certain works at a certain time have meant in asserting their autonomy.

That is, what makes the art I focus on “distinctive” is not that it’s autonomous but that it’s about its autonomy at a moment when we’ve had a half century of art that’s been about denying its autonomy. So, to continue McCann’s musical analogy, what Jonathan Littell means by organizing The Kindly Ones according to the sections of a Bach cantata is not what Bach meant. And the political “significance” McCann denies is anchored in the fact that this thematization of the work’s intentionality functions to produce a non-identity between structure and sentiment that’s of particular use in a period in which the dominant forms of political liberalism have been increasingly committed to an ideal of social justice that appeals above all to the primacy of sentiment — to overcoming inequalities that can be understood as a consequence of how we feel about the other rather than as a consequence of how we earn our livings. My idea is not that people are deluded by sentiment but that they are committed to a politics in which sentiment functions more as a defense than a critique of contemporary capitalism. (Whether they are deluded about that depends; investment firms which pride themselves on winning awards for diversity are not.[2])

That’s why, second, I think it’s important that white populism today takes the form of a protest against discrimination. I’m sorry I didn’t say better what I meant here. With respect to the graph, for example, my point was that even white people have come to understand the history of their victimization by capitalism as a history of their victimization by racism, hence the rise of inequality starting in the 70s is explained as the history of a rise in “anti-White bias.” And this doesn’t consist in “blaming antiracists for provoking racists to anger,” a formulation that I think treats racism the way turn of the century racists used to treat race – as always lurking and available to be activated.[3] It consists instead in trying to understand racism as something other than what Judith Stein called a reification, “divorced from the concrete and complex experiences of social groups in particular circumstances.”[4] It makes a difference that racism today takes the form of believing that the state and the elites who control it discriminate against white people, which is different from believing (as did turn of the century white supremacists) that white people are biologically superior to black people and different also from the pluralist nativism of the 1920s or the rerun of a supposedly anti-essentialist pluralism in the multiculturalist 90s. If there’s a constant here it’s that the different forms of racism have all performed their function in a society structured by class, and that function has characteristically involved reconfiguring or redescribing class conflict in racial, cultural or moral terms; part of what’s distinctive about capitalism today is the discovery that anti-racism can perform the same function.

This is the truth in McCann’s description of my “insistence” that there “can be only one left with only one legitimate priority.” It’s not that you shouldn’t be against both exploitation and discrimination but that opposing exploitation is precisely that – the priority. Capitalism (if you don’t like the “primacy of markets” call it the necessity to make a profit) requires inequality. McCann reminds us that “there is no inconsistency in a politics that seeks economic justice while also opposing racism, sexism, and homophobia.” But I don’t say there is. My argument has always been that there’s no inconsistency between a politics whose ideal of “economic justice” is a fair labor (or housing or lending or health care) market and an opposition to racism, sexism and homophobia. Therefore opposition to racism, sexism and homophobia is not in itself opposition to the inequality produced by those markets, and in fact is standardly invoked in an effort not to get rid of them but to make them more fair. But more fair doesn’t mean more equal. And insofar as the left has been mainly concerned with racism, sexism, homophobia, Islamophobia, transphobia and biphobia (all of which I too oppose), it has done almost nothing to address the conflict that cannot be understood as a phobia and cannot be overcome by eliminating a phobia – the one between capital and labor.

[2] University professors who think racism is responsible for the fundamental inequalities in the U.S. today are. But not because their “motivations” are “base.” If anyone’s motives are questionable, it’s mine since I don’t believe that my job serves to combat inequality and yet I continue to do it (for money). Those among my colleagues who believe their jobs do combat inequality are morally impeccable.

[3] McCann suggests that I should think about men’s rights activists along the same lines. But my point is that the success of anti-discrimination as a model for all oppression leads people to blame discrimination even where it doesn’t exist, not that it never exists.

[4] Judith Stein, “Of Booker T. Washington and Others: The Political Economy of Racism in the United States,” quoted in Kenneth Warren, “’Blackness’ and the Sclerosis of African American Cultural Criticism.” Forthcoming in nonsite.org. 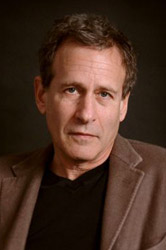 Walter Benn Michaels is a literary theorist whose book the Beauty of a Social Problem; Photography, Autonomy and Political Economy was published in 2015 by University of Chicago Press. 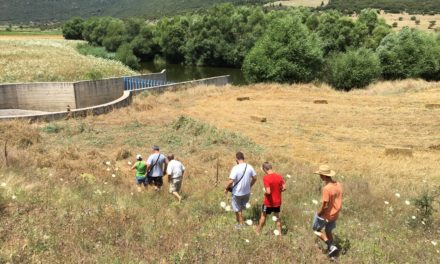 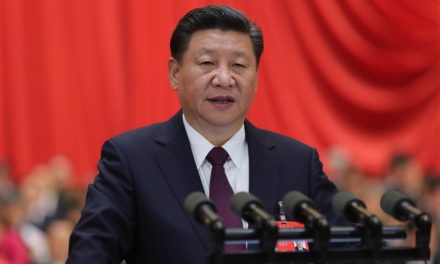