A friend sent me a link to The Upshot from April 9 NYT, a poll-driven analysis by Nate Cohn and Kevin Quealy of the “silent majority” in the Democratic Party—that is, the stalwarts who aren’t on social media and are unlikely to call themselves progressive or even liberal.  The title is the takeaway: “The Democratic Electorate on Twitter Is Not the Actual Democratic Electorate.”  Yes, the party has moved left, well, duh, but!  Those moderates out there, Joe Biden included, are the base, the rock on which this church must be rebuilt.  I don’t think so.

Here’s what I wrote to her about the piece:

Thanks for this, it’s utterly fascinating, especially in revealing the “vital center” bias of journalists. The so-called progressive wing of the party “clamors” for a Green New Deal—notice, it does not advocate or propose, it “clamors” like children do—while most Democrats identify as moderates or conservatives . . . and yet 48% of “Twitter Democrats” think that political correctness is a problem.  These are anomalous results that need explanation.  Why would progressives be worried about political correctness?

And if the pollster doesn’t dig deeper than the broad categories (liberal, moderate, conservative, blah, blah), the survey itself is fatally compromised.  For example, people who identify as conservatives consistently (since the late 1960s) say we should be spending more on health and education.  Right now strong majorities in both parties favor Medicare for All.  53% of Republicans like the idea of a Green New Deal, for God’s sake.

So the ideal ticket is Bernie Sanders and Stacey Abrams.  We win in Georgia, North Carolina, and Florida, so it doesn’t matter what happens in Wisconsin or Michigan.  Or Pennsylvania.

Joe Biden, the grand old “moderate” who wins the election posited here—as against “ambitious, idealistic, pie-in-the-sky liberals and progressives”—has too many political entrails attached to his own ambitions.  He reduces the gender gap we need to win by making women hesitate to vote for the dumbass who gave us Clarence Thomas.  His public, shameless endorsement of Republican politicians quells the enthusiasm of the party’s base, including the pros at the local and state level.

And finally, most importantly, Biden’s middle of the road “moderation” is totally useless, even destructive, in the age of Trump.  The Republican Party is so far out of step with the majority’s stated needs and hopes that compromising with it is deadly–look at what happened to Obama, and what will happen to Obamacare if the maniacs have their way.  You alienate your own base by acting as if these Republicans are trying to be normal, reasonable politicians.  They’re not, and there’s no reason to pretend they will be.

The Democrats are in fact moving left, like most of the rest of the country outside the South.  Bernie is, in this sense, an opportunist, which is to say he’s the leader, for now, of a movement that was already there when he became an “overnight sensation” in 2016.  He galvanized and organized inchoate sentiments, attitudes, leanings, in accordance with the overture we call Occupy Wall Street, which made increasing inequality the central issue of our time.  When the 1% became a household word, the ideological landscape shifted, and with it what we could think possible and necessary. Sanders didn’t create that shift, but he understood it and acted accordingly.

To get historical about it, 2011, the moment of OWS, was the 21st century equivalent of 1765, when the colonists–or rather the unwashed of the seaboard cities–rose up in revolt against the British Empire.  It didn’t last long, by 1769 the reaction had set in, but activists like Sam Adams kept plugging away, reshaping the narrative–his incendiary pamphlet of 1771 was endorsed by hundreds of Massachusetts towns, outside Boston–so that by 1773, when the Parliament used the East India Co. to enforce its imperial will, Adams suddenly sounded like a prophet, and everything changed in the lens of his retrospect.  Nobody, not even Adams, knew where the rebellion of the 1760s was headed until 1774, when independence and its implications, including war, were clearly articulated by the Continental Congress.

Or take another historical example, closer to home.  In 1848, Joshua Leavitt, quite possibly the most important anti-slavery activist of his time—he founded Abolition House in D.C. along with Theodore Weld, Angelina Grimke, and John Quincy Adams, where Abraham Lincoln stayed during his one term as a Congressman—wrote about how “the Slave Power” was “now indissolubly incorporated in the political nomenclature” of the moment.  “We must make the most that word,” he said, because the mere use of it changed the way the American people could apprehend their world, the past and the future.  When “the Slave Power” became a household word, the ideological landscape shifted, and with it what they could think possible and necessary. Like Adams, Leavitt actually created that shift, and understood it as well.

The tectonic shift is well underway.  Our task is to understand it, not dismiss it, as these journalists have done.  Radicalism, not moderation, is what can save us from the thugs in the White House, the Senate, and the Supreme Court, where the new Slave Power presides. 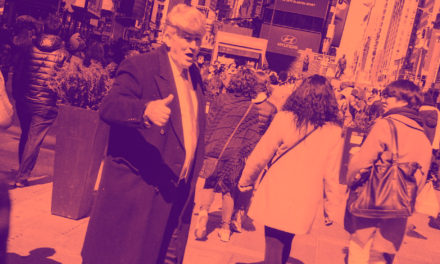 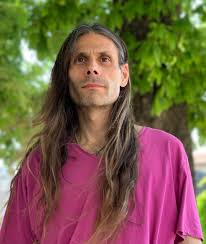 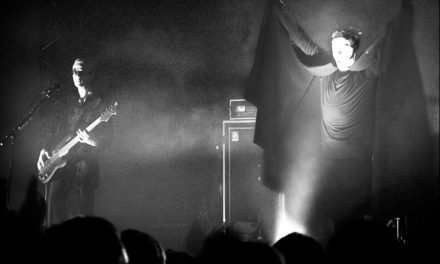