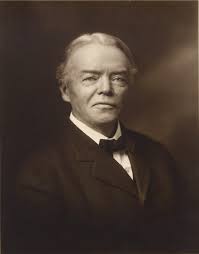 David Brooks keeps pulling wabbits out of his hat—he keeps invoking writers, artists, and theorists who seem, at first glance, to stand athwart his conservative political agenda. But, having now combed through the entire Brooks archive, I can see that his that agenda boils down to a form of “personalism” (on which he wrote a previous column). This was the interwar creed conceived by its founders and followers as a “third way” between capitalism and communism, as a path toward social democracy.

Emmanuel Mounier, Jacques Maritain, Gabriel Marcel, and Reinhold Niebuhr were among the figures associated with this “third way,” which might be characterized as a descendant of the Social Gospel movement that erupted in the Progressive Era. MLK and Pope John Paul II were perhaps the most famous apostles of “personalism”—representing the left and right-wing variations on the theme. All of them were influenced by Josiah Royce (1855-1916), once a colleague and close friend of William James.

In his column of January 24th, Brooks announced that Royce is the thinker we need in these times because he was “the philosopher of binding and connection,” not, like James or Whitman—Brooks cites old Walt, too, in a previous column—the champion of an unruly American individualism. Accordingly, the key text becomes The Philosophy of Loyalty (1908), where Royce argued that to grant ontological priority to the individual as against the community, the signature move of modern liberal theory and practice, was a mistake. According to Brooks, it follows that in the “beloved community” forged from loyalty to the very idea of loyalty, “people submit themselves to their institution, say to a university.” By doing so, they “discover how good it is by serving it, and they allow themselves to be formed by it.” (Royce, not incidentally, coined that phrase, later made famous by MLK.)

Now, the example of a university as an institution to which people should submit themselves is telling. For even in the smoldering ruins of higher education, the workers—members of the faculty—are still self-managing. In and through their departments, they make hiring decisions; as individual professors, they design their own courses, they teach in their own ways, and they write and publish what they want to, not what some dean has mandated. Their loyalty to the institution, and the community thereby created, are clearly functions of their autonomy.
To put it in the terms offered by Albert O. Hirschman, our options in dealing with any situation, political or not, are exit, voice, and loyalty. Faculty members in a university can leave (exit), of course, but with tenure or union representation, and thus a say in how the institution is run (voice), why would they? Submission to its traditions and practices (loyalty) becomes a probability under such circumstances—a choice, at any rate, not an externally imposed imperative.

Compare the situation of faculty in higher education to that of employees outside the ivory tower, and you immediately know that the university is an exception to almost every work rule, even on the “campuses”—nice try—of Silicon Valley or in the offices posing as playgrounds at Google NYC. Employers can and do demand loyalty of their employees, on pain of discipline or termination, again, even in Silicon Valley, where exit is penalized by contracts that prohibit software engineers who leave a company from creating a competing start-up.
Amazon is only the most notorious of large corporations that see loyalty and exit as the terms of an either/or choice, with no room in between for voice. In August 2011, for example, the temperature inside its Allentown distribution center reached 102 degrees, so the workers asked that the loading-dock doors be opened to allow for ventilation. The bosses refused, claiming this might lead to employee theft; instead, they called ambulances to carry off those who fainted.

And yet liberal, neo-liberal, and conservative economists tell us that since workers can freely choose to exit the labor contract, their loyalty to “their” institutions is a choice no different from that available to tenured professors—it’s not an attitude exacted by bosses as the price of continuous paid employment, it’s evidence of the worker’s individual freedom. Elizabeth Anderson’s retort is both hilarious and heartbreaking: “[Economists] appear to be claiming that wherever individuals are free to exit a relationship, authority cannot exist within it. This is like saying that Mussolini was not a dictator because Italians could emigrate.” (Private Government [2017], p. 55)

In short, to submit yourself to an institution that affords you no voice in determining its conduct is to sentence yourself to social death. That’s not loyalty, that’s resignation to or from the world as it exists—and this is as true of electoral politics as it is of the workplace. Loyalty as conceived by Brooks must then lead to apathy, not activism in the name of a worthy cause.
Royce’s notion of loyalty went deeper and farther than this. I would translate it as commitment to a cause, whether personal or political, private or public, that you have shaped by your continuing participation in defining and effecting it. Yes, you typically fall in love without volition—you’re swept away. But your love won’t last unless you co-pilot the romantic relationship that follows by participating in the definition of its inner meaning and outer limits.

And in the workplace, or in electoral politics? To what chosen cause can untenured employees commit themselves? Amazon says “the customer,” but it meanwhile dictates—not too strong a word—every condition of work in its warehouses, down to the last detail of bathroom breaks. The employees stay loyal to the company’s cause, not theirs, because they have no other choice: they have to earn a living, and, with children in school and without the resources to just pick up and leave town, they have to stay put. Exit from the Allentown facility in August 2011, for example, would have exposed ex-Amazon workers to a local labor market that was still frozen at an official unemployment rate of 12%. They were forced to submit to their institution. This is loyalty? To me it sounds more like slavery.

Finally, what voice do voters, as against donors, have in deciding the outcomes of elections? If it is by now self-evident that corporate money speaks louder than any individual’s words, isn’t exit from the existing political system—apathy, we call it—the rational choice? To what institution can eligible voters submit themselves without silencing themselves? By Royce’s accounting, only commitment to the cause of fundamental change in the existing political system will create loyalty, and with it the possibility of a “beloved community” that is a lived reality. Brooks reverses the sequence: he invokes an imaginary community to contain the centrifugal forces of liberal individualism and permit submission to existing institutions.

To the extent that David Brooks is in fact a “personalist” still in search of a “third way,” his agenda is vaguely social democratic. It is also deeply conservative precisely because, contra Royce or MLK, it presents the community and the individual as the terms of an either/or choice, and gives priority to the community even as it brackets collective solutions to the problems of our time. I don’t mean that Brooks contradicts himself by condemning and valorizing liberal individualism, often enough in the same column. Of course he does, who cares? I mean that even with the help of giants like Royce, he can’t seem to look beyond—or rather, below—the institutions to which he willingly submits.