How do you tell the same story, over and over? How do you know you’re a human being? These are the same question. We return to what we think is the origin because we believe that what happens after the fundamental, formative “event” keeps changing, in accordance with our new understanding of human possibility and depravity. Garden of Even, infancy, yesterday?  Same result.

Put it another, less pretentious way. How would you retell the story of Clyde Barrow and Bonnie Parker, the notorious and glamorous outlaws of the early 1930s, when, then as now, the “loss of faith” in American institutions—a contemporary expression, I admit—was so profound that tens of thousands of people attended the funerals of bank robbers, Bonnie and Clyde to be sure, but “Babyface” Nelson, too?

Put it another, more pretentious way. How would you step outside the shot-reverse-shot protocol of classic Hollywood cinema and remake the story told in Arthur Penn’s “Bonnie and Clyde,” meanwhile commenting on Pauline Kael’s ecstatic review—a landmark in film criticism—of that 1967 movie? Would you have to make a whole new movie, outside the frame of the old, and in view of her plain speech about what made the original so compelling?

(Footnote: roughly 1930 to 1960, the movies brought us into their imaginary world with a simple device, shot-reverse-shot, cameras over the left and right shoulders of the speakers in view, creating the illusion of our inclusion in the dialogue, as participants as well as observers. That illusion was always in question, of course, but it wasn’t dismissed and dispersed until John Ford broke the frame in “The Man Who Shot Liberty Valance,” in 1960.)

I ask the questions because last night I watched “The Highwaymen,” a Netflix movie, and throughout I’m asking, is this is a retelling of Arthur Penn’s “Bonnie and Clyde” from the standpoint of the lawmen, played perfectly by Kevin Kostner and Woody Harrelson, who mean to slaughter our folk heroes—they get about 60 seconds of screen time, although in the credits it becomes clear that the outlaws have outlasted the deputies—but I’m also wondering, is this a way out of every movie protocol I’ve ever observed?

It’s a true story. Frank Hamer and Maney Gault, two former Texas Rangers, were recruited by the governor to hunt down the Barrow Gang, and they did. We see the approaching bullet-ridden apocalypse from the standpoint of the cops waiting in the weeds, looking at each other with more than apprehension, and then the signal event happens, and we see it even more physically, violently, realistically, than Penn wanted. To watch this slaughter is simply devastating, whereas under Penn’s direction it’s operatic enough to enjoy.

Now, Kostner and Harrelson have some chops and credentials in this retrospective, quite possibly nostalgic respect. Their command of this exhausting field derives from their previous performances. Middle-aged Kevin was quietly amazing in Clint Eastwood’s “A Perfect World,” set in 1960 Texas. Old Woody was the trusty fool in“True Believer,” set in today’s Louisiana, always testing the rationalist idiot, his partner, who lacked faith in anything. Here they are, kind of together again, old, big-bellied men, wondering why they’re on this belated, lethal assignment. Even after they’ve completed it.

I have an answer for them. Guys, you’re here to revise history, that of this thing we call the USA, and the other thing, what we call movies. Remember Pauline Kael, who said

Bonnie and Clyde keeps the audience in a kind of eager, nervous imbalance—it holds our attention by throwing our disbelief back in our faces. To be put on is to be put on the spot, put on the stage, made the stooge in a comedy act. People in the audience at Bonnie and Clyde are laughing, demonstrating that they’re not stooges—that they appreciate the joke—when they catch the first bullet right in the face. The movie keeps them off balance to the end… Instead of the movie spoof, which tells the audience that it doesn’t need to feel or care, that it’s all just in fun, that “we were only kidding,” Bonnie and Clyde disrupts us with “And you thought we were only kidding.”

That’s what “The Highwaymen” does. It says, “We’re not kidding. This is what lawful criminality looks like, and here’s what regret feels like.”

But there’s one more thing. Criminality always signifies something new, good or bad. It happens when the reality outruns the law. Arthur Penn’s “Bonnie & Clyde” was a celebration of criminality, idiocy, all kinds of deviation—a sign of its times. This new rendition, seen from the lawman’s point of view, is not. But nor is it a celebration of the law. Etched in the faces of its enforcers, it looks like perdition. 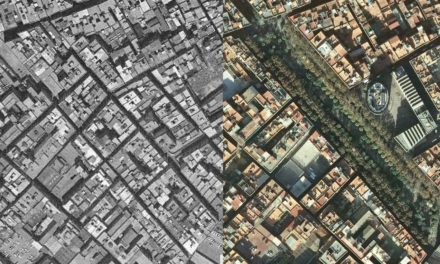 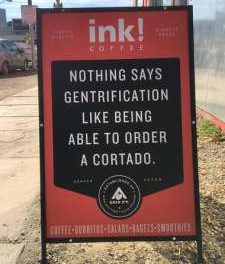