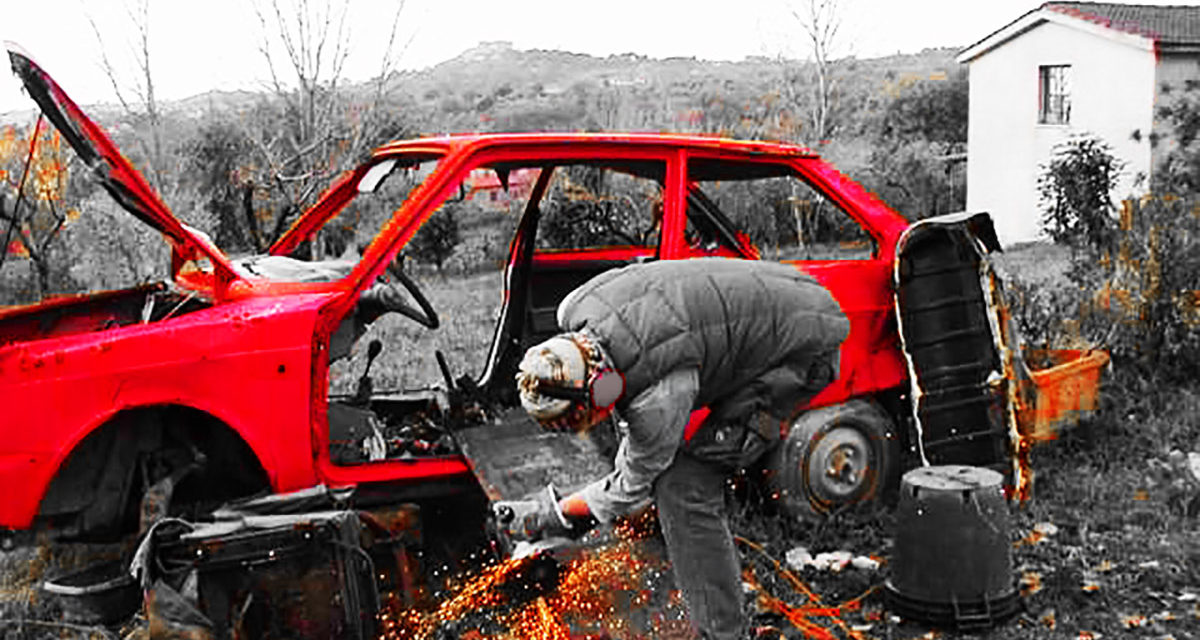 This eleventh installment features the work of David Cull, a contributor to and eventual board member of TISH: a poetry newsletter (founded in August 1961). Cull’s poem, “The Red Car,” confirms the cosmic complexities of any good anagram. Tish happens–even to cars and their accidental hosts.

the red car
rots beside the entrance driveway

15 years of rusted metal, broken glass & plastic
into garbage bags
I punch holes in the floor boards with a pickaxe
so the filthy water drains away

assembled in Romania for Citroen in France
abandoned in our front yard, here in Lazio;
a rotten picture frame for Mt Soratte
and the low clouds rolling up the Tiber.

human waste inhabiting my dreams;
the Roms in shanty towns beside the motorways,
connected only by their name

and in the end
la bestia nera just a large red metal object
broken into pieces by these hands.

David Cull. Born April 12, 1942 in Comox, BC, Canada. Educated in Vancouver, including the ‘summer of ’63’ at UBC where he took classes with Charles Olson, Robert Creeley, Allen Ginsberg, Robert Duncan and studied many others attending that event. Contributing writer and eventual board member in the TISH grouping.

Started travelling in 1965. After 10 years, mostly  in India, partly supported by a grant from the Canada Council, Cull arrived in New Zealand carrying a letter of authority from HH 16th Gyalwa Karmapa to build a Buddhist temple. This occupied his time and resources for the next 15 years. In 1990, Cull moved back to Vancouver. Partnered in developing a pozzolanic replacement for Portland Cement called StoneHemp/HempCrete. Used it at the end of the 90’s when he spent 3 years building an EarthShip in the Slocan valley.

After a couple of years off the grid, Cull was located via Google by a woman he’d met on an ‘alternative’ bus from Istanbul to Delhi in 1972. They got to talking, exchanged visits, married, and now live 45 minutes up the Tiber from Roma, in the Sabina.