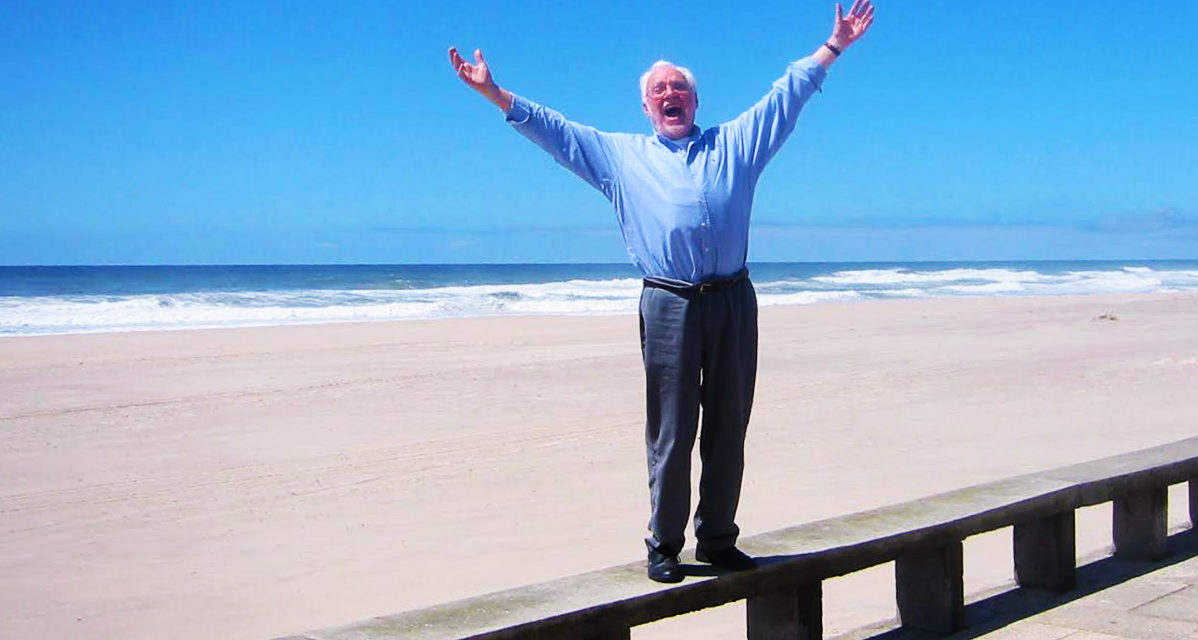 In June 2011, we both left
Alberta
I moved
He
stopped moving

I’ve chosen to leave
Ontario, Alberta, a marriage, a job

He showed me how to leave, and return, a kind of
literary father, his texts
and his life, were unconventional
banal, extraordinary

When I read Kroetsch, I
imagined a world where I could be
different
and I was

Thinking of him today, in his last car.

Susan Rudy is a Senior Research Fellow in the School of English and Drama at Queen Mary University of London and Professor Emerita of English at the University of Calgary in Canada. With Georgina Colby of the University of Westminster, she curates S A L O N – LONDON, a site for reading and responding to the present through women’s experimental writing. Her public-facing pieces on gender and sexuality may be found in The New Statesman. She has recently returned to writing poetry after a 30-year hiatus.

Western & Country, Excerpts from the Road

21/4/92
“I believe in getting lost.” His first words to the road trip gang, writers studying place after a backstage tour of Drumheller’s Royal Tyrrell. After viewing calcified bones unearthed from the Badlands, learning how they’re cleaned in labs, assembled into enormous beasts for display, he bluntly pronounces: “Place is a construct. There is no place in nature.”

At a place called Horse Thief Canyon, he asks about her story, “Spin Art Girl.” Is the spin art job a metaphor? Unsettled by that whiff of innuendo, she feigns absorption in the moonlike landscape. But perspectives shift on that ledge. One moment, hoodoos rise like idols above humans and their travel vans. The next, coulees seem carved in miniature: details on a model railroad set. She shouts at him through the puling wind that the spin art job is a spin art job.

22/4/92
Donalda, Heisler, Edberg. Populations 219, 160, 151. In the middle of that nowhere, he tells them about an erratic boulder left by a passing glacier in the long yellow fields between his farm and his cousin’s place, a field he crossed daily. The boulder was voluptuous, he says, full of intriguing curves, hollows, and contours. That boulder became a place of desire for him, a place to grope and experiment and learn about “the self,” imagine “the other.” She recognizes his story as crafted, told before. Still, the thought of making out with a hard rock abruptly turns her on.

4/10/92
His launch of The Puppeteer. A performance of voice shifting gears. She’s heard him like that on the CBC: gentle and self-effacing—different from his forward talk with people he knows well. An unexpected party that night. The best part: when she leaves, she overhears him tell his ride that he also wants to go. “I’ll probably see you in June,” he says at the door. “Why?” she asks. “The Crowsnest Retreat.” “Oh yeah. Of course.” Cha chah.

6/17/18
As you may suspect, some of this may be truth. Or dare. She dares herself to write it without worrying what readers will think.

5/5/93
His launch of Alberta. Afterward, she boldly sits with the big wigs: Kroetsch, Mathur, Wah, and Wiebe. Spring heatwave, heady breeze. She and another woman chat till the men beside them spar loudly over canons of Can Lit. Kroetsch sidesteps the tussle and joins her, abruptly asking if she is as intellectual as everyone makes her out to be. Wine-inspired, she deadpans: “No. It’s just an act.” Shocked amusement lights his face. She’s finally said what they already know: neither of them is consistently whom they seem to be.

31/5/93
Jokes with her sister the night before Crowsnest: “Six days to seduce Robert Kroetsch.”

1/6/93
Shadows of mountains. Afternoon rain. The highway shivers black jello. Yet the crunchy writers want a group hike through the woods. 90 years ago, 90 million tons of limestone broke from Turtle Mountain and crushed the town of Frank in 90 seconds. Near dusk, the sky appears bruised; the air feels heavy with a sedimentary pain. Or maybe she is the one who feels lost and afraid. Such a huge group. So many new faces. She doesn’t know what to say.

3/6/93
Frank Slide Interpretive Center. He reads from a chapbook published by absinthe. A woman in the audience, “butterfly woman” with orange cape, sighs orgasmically. An older man weeps quietly during “Mother Poems.” Always the cynic, she senses affectation: a deliberate pull for effect. She also feels his eyes upon her, savoring her non-reaction.

The writers drive to Blairmore for drinks at the Greenhill Hotel. An eerie, dream-like place that doesn’t quite belong in their century. Country music jangles. He asks her to sit with him. Excited, flattered momentum. They sit together but not alone; writer friends on all sides. His pick-up lines are audacious, hilarious. He delivers them seriously, which makes her laugh all the more. Wants him like crazy, but finally tells him they will have to discuss his intentions some other time, without the hive and the swarm.

6/6/93
Waits until after the “wrap up” dance the following night. After they’ve waltzed to Leonard Cohen (Alberta poets can’t party without I’m Your Man). After she’s jumped in a hot tub with two other friends to cool off. After breakfast that last day, when most everyone else is packed and gone. At last, with only crows as witnesses, she slips him her phone number.

Still over a year before they will touch.

6/6/17
Let’s be honest. People wonder. Not for experience. Not to be special. Not for money, professional opportunities, or love. Not for eternal youth. He had nothing over her except maybe good writing, and she didn’t want him for that. Mostly, she did it for freedom. And fun. To test her powers. Plus, after all of the warnings, she expected someone very skilled with his parts.

Also, she did it because she was reckless, smart, and young.

6/19/18
Hornbook #99: “The question is always a question of trace. What remains of what does not remain?” They never wrote, took photos, talked about love. He never proffered favors or gifts, though he was always kind to waiters and left them good tips. He told her once that he liked her, despite her not wanting to be liked. She liked him back for being perceptive, despite his oblivion to many things.