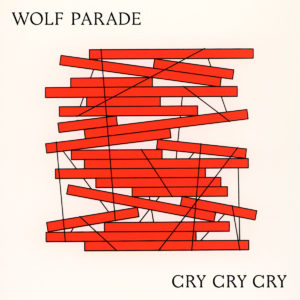 Perhaps no one was sadder than I when Wolf Parade hung up their guitars and drumsticks and went on hiatus in 2011 in the wake of what I (still) consider their best album, Expo 86. There is always a personal dimension for me with this band. They’re from British Columbia, I grew up in Vancouver. Expo 86 got its name because they all realized they were at Vancouver’s World’s Fair in the same week in 1986. I also went to Expo 86 a bunch of times. They formed in Montreal, I’m originally from there and lived in the same ‘hood as most of them when they got together in 2003. I’d see them around. I saw one of their earliest shows. I also saw one of their most stunningly horrible gigs: their Montreal homecoming. They were shit-faced before they took the stage. And it got worse from there.

In the years since the split, all four of them wandered off and did other things. Guitarist/frontman Dan Boeckner formed the electro-duo Handsome Furs with then wife Alexei Perry; then came The Divine Fits with members of Spoon. And then it was Operators, another electro-band. The other frontman, Spencer Krug fronted Sunset Rubdown and released music as a solo artist under his own name and as Moonface. Drummer Arlen Thompson turned his hand to production. And guitarist/bassist Dante DeCaro fronted Johnny and the Moon. Krug, Thompson and DeCaro also all returned home to Vancouver Island, while Boeckner is again Montreal-based after a sojourn in San Jose, CA.

Wolf Parade have never made ‘easy’ music. They want to challenge their listeners, to make them work for it. While Boeckner writes the more straightforward songs (the press compares him to Springsteen, WTF?), neither his nor Krug’s songs are exactly in 4/4 time with a simple verse/chorus/verse structure. Rather, their music has always been complicated by pianos, organs, and keyboards and rolling drums. De Caro and Boeckner’s guitars slip and slide in and around in the empty space between drums and Krug’s instrumentation.

And so it is with Cry, Cry, Cry. This release was preceded by two singles over the summer, the first of which, ‘Valley Boy,’ is the most accessible song on the album. A paean to the dearly departed Leonard Cohen, ‘Valley Boy’ finds Krug noting that he died right before it all went down, meaning the US Presidential Election. Krug wonders if Cohen just knew it would all be more than he could bear, so he slipped away up the stairs?

Krug returns to the same theme in the album closer, ‘King of Piss and Paper,’ where he attempts to sort out his own feelings about art in the Time of Trump. Should art be revolutionary? Is art focusing on the self indulgent? Boeckner, on the other hand, is more concerned with the personal and, it would appear, his emotions on his relocation back to Montreal from San Jose a few years ago. His songs center around love, memory, and home.

We’re often told that we can’t go home again. I don’t know. I left home a long time ago. Three quarters of Wolf Parade moved back home. The fourth moved back to where he considers home. And, well, as a comeback album, Cry, Cry, Cry is pretty damn good.