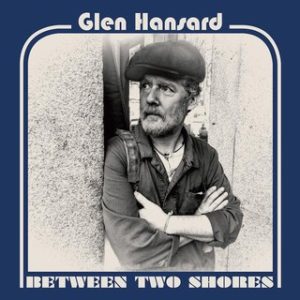 Glen Hansard is a rock’n’roll veteran.  He’s the frontman of legendary Dublin band, The Frames.  It’s odd, Dublin.  The largest rock band in the world is from there (U2, in case you were wondering) and yet, their impact on the Dublin scene in terms of bands making it is minimal.  They tried for awhile, running Mother Records, signing, amongst others, Hothouse Flowers.  The Flowers still hold the distinction for the biggest-selling début album by an Irish band for their 1988 album, People.  Anyway, The Frames are huge in Dublin, and have achieved some international notoriety, but they’re a cult act.

But Hansard has transcended The Frames and achieved global success.  He’s done this by acting in the 2006 Irish romcom, Once, opposite Markéta Irglová, with whom Hansard formed the folk-rock duo, The Swell Season.  Hansard and Irglová also dated for a few years.  Once won a whole raft of awards, as did its soundtrack.  The Swell Season’s second and final album, Strictly Joy, is a remarkably painful one, as both Hansard and Irglová sing of their breakup.

But Once and the Swell Season launched Hansard into the North American mainstream, and he has gone from strength to strength as a solo artist (along with a Frames album in 2015), including a wickedly good EP, It was Triumph We Once Proposed, where Hansard covered the songs Jason Molina, a lo-fi/indie singer/songwriter who died in 2013 at the age of 39 of alcoholism.

Between Two Shores is his third proper solo album.  Hansard is in character here, going through another breakup, and wandering the world as a troubadour.  The first track, ‘Roll on Slow,’ includes horns.  I detest the horns in rock music, unless I don’t, of course.  But I am doubly suspicious when an Irish artist brings on the horns, I fear a devolvement into The Commitments, a film in which Hansard appeared.  But, fortunately, he pulls it off, as the guitars keep on chugging under the horns.

But, man, the song titles: ‘Roll on Slow,’ ‘Why Woman,’ ‘Wheels on Fire,’ ‘Wreckless Heart,’ ‘Movin’ on,’ ‘Setting Forth,’ ‘Lucky Man,’ ‘One of Us Must Lose,’ ‘Your Heart’s Not In It,’ ‘Time Will Be the Healer’; they tell the story of the album.  Of course, Hansard has always written songs from his heart, which he wears on his sleeve as an artist.  His voice is particularly well-suited for the anguished lover.  The idea of love as a zero-sum game, though, is what I find fascinating, in ‘One of Us Must Lose.’  Maybe it is in a break-up, as Hansard sings of the pain of losing his woman, the same one he has accused of having a wreckless heart, and of giving up on their relationship too easily, of not doing the hard work of keeping a relationship going.

But heartbreak is not linear, rational, or clear.  And that makes Between Two Shores compelling, of course.  Hansard is a masterful song-writer, perhaps one of the most under-rated out there these days.  His voice is compelling, and anguished.  You feel like you’re sitting in a kitchen somewhere, sitting with Hansard, as he sings out his pain and anguish, with a beer or a coffee. Or tea.  I don’t know.  But the intimacy and the immediacy of Between Two Shores makes this a compelling album, despite its well-worn road of heartbreak and anguish.