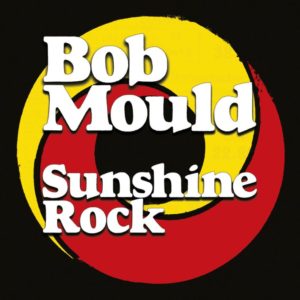 Last week, my students and I were discussing the fact that it is rare for an artist to have a more successful career after leaving their original band.  We noted the likes of Morrissey, André 3000 or Big Boi, and the only one we could come up with who was more successful as a solo artist was Beyoncé, who, of course, was once in Destiny’s Child, or John Lydon, née, Rotten, though Public Image Ltd. has never had the cultural caché of the Sex Pistols.  I might have noted Bob Mould, but none of my students would’ve had heard of him.

I know it’s sacrilegious to not be a huge Hüsker Dü fan.  Don’t get me wrong, I like them.  A lot, but I also prefer their later output to their alleged glory days on SST.  But they were always plagued by shitty production values on both SST and Warner Bros.  And, really, Mould’s nearly forgotten second solo album, Black Rain, was this wake-up moment for me.  It took my favourite parts of Dü, namely his guitar and his voice, and got rid of Grant Hart (though ‘Don’t Want To Know If You’re Lonely’ is my favourite Dü track).  The last song on that album, ‘Sacrifice (Let There Be Peace)’ and the breakup song, ‘The Last Night’ remain favourites.  But, apparently that album sold all of 7,000 copies.

And thus, Mould formed the brilliant band, Sugar, were some of his best songwriting and guitar playing was on display, most notably on my favourite track, the snarling and vicious ‘Judas Cradle’ from Sugar’s 1993 ep, Beaster.

His solo career has been up and down, loud and quiet.  Sunshine Rock is decidedly loud. Loud guitars, driving beats, Mould’s tenor over top.  This is my happy place, quite frankly.

The second track, ‘What Do You Want Me To Do’ is classic Mould.  Mould’s guitar goes up and down the scales, his voice veers from beseeching to angry. ‘Thirty Dozen Roses’ stands alongside the more vicious songs Mould wrote in both Hüsker Dü and Sugar, furiously-paced, and angry about a breakup:

Some days, my brain blows up in an elegant way
My muse, short fuse, time bomb, what’s left to lose?
Olive branches piled up at your door
You don’t let me come inside your place no more
I lose track of myself as I fall to the bottom of a wishing well
My bones, they break so clean, leave a perfect space between
You adorned with ornamental jewels
And me, a thorn, I’m such a lousy prick to you
Chocolate doesn’t faze you any more
You found a sweeter filling, this is rotten to the core

He can also be happy, most notably on the opening and title track, where he sings:

There’s a bright light, blinding white light
You’re like lightning across the sky
Please don’t leave me in total darkness
I’ll bring you with me into the sunshine rock

And then there’s the happy, acoustic ‘Camp Sunshine,’ which lyrically sounds both like a children’s song about camp, but also the song written by a middle aged man about having fun and making music with his near and dear.

On the whole, the album is classic Mould as far as I’m concerned, as his lyrics explore his emotional reaction to love, friends, and when conflict arises in these songs, such as in ‘What Do You Want Me To Do’ and ‘Thirty Dozen Roses.’  This is one beautifully intense album