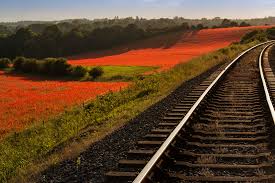 Mid-1970s Bob Dylan is the best Bob Dylan. Mid-1960s Dylan may be the historically significant Dylan, the canonical Dylan now regularly appearing on college English syllabi, but for me—I was born in 1984—that Dylan requires historicization. It’s not that the songs aren’t good (they’re terrific), but the hype and hysteria are hard to understand. That whole “going electric” thing . . . I guess you had to be there. It strikes this millennial as a little naïve in retrospect—in the same way that John Updike’s elevation of suburban sex as secular miracle now seems misguided. Sixties Dylan was a clever lyricist and a modest musician, with a performance style that has become a figure of parody (think John C. Reilly’s Dewey Cox).

Seventies Dylan retains the brilliant wordplay and adds much better music. In 1974, Dylan began touring again after a seven-year hiatus, revising the lyrics to many of his songs and honing a high-energy stage presence for bigger crowds. (The 1975 re-tooling of “Tonight I’ll Be Staying Here with You” is an impressive improvement.) The full power of Dylan’s singing and songwriting comes across in the remarkably fruitful period between Planet Waves (1974) and Desire (1976), an era that also includes the live album Before the Flood (1974) and the 1975–1976 “Rolling Thunder Revue,” best captured by The Bootleg Series Vol. 5: Bob Dylan Live 1975 (released in 2002), and soon to be the subject of a Netflix documentary titled “Rolling Thunder Revue: A Bob Dylan Story by Martin Scorsese.” Appearing at the pinnacle of this period is Dylan’s greatest album, Blood on the Tracks (1975).

Blood on the Tracks is a masterpiece that features both an emotional intensity and what biographer Michael Gray calls a “corrosive intelligence.” More personal and more mature than his earlier work, it has struck many as a breakup record about separating from his wife, Sara (Amazon reviews suggest that the album is especially popular among divorcés ), though Dylan always dismissed that interpretation. If the lyrics are not autobiographical, they are certainly more introspective, colored by longing, confusion, regret, and chagrin. Pete Hamill, who wrote the original Grammy Award-winning liner notes, claimed that Blood on the Tracks was about the Yeatsian “quarrel of the self.” The album was initially recorded over four days in New York City in September of 1974, but half the tracks were recut in December with different musicians in Minneapolis when the quarrelsome Dylan decided he was unhappy with the first go-around. The result is a peculiar hybrid of original ideas and second thoughts. Carrie Brownstein (of Sleater-Kinney and Portlandia) has described Blood on the Tracks as “one glorious mess of songs, one tangled story, told and then retold,” and that gets to the heart of the record’s appeal.

The 6-CD More Blood, More Tracks, released this past November as Volume 14 of the Dylan Bootleg Series, offers all 86 of the initial 1974 New York studio takes in chronological order. (A one-disc sampler, for less rabid fans, was also issued.) These sessions are raw and uneven but also intimate and hypnotic. Gone is the soft echo effect in which producer Phil Ramone enveloped the songs. Some of the strongest tracks are Dylan’s first forays on Disc One, a solo set consisting of acoustic guitar, vocals, and harmonica. He clearly walked into the studio in September with a strong sense of what he wanted. The sound suggests a lonely troubadour; the buttons on Dylan’s vest audibly smack into his guitar, an effect that can also be heard on “Wedding Song” in Planet Waves.

Subsequent tracks recorded with Eric Weissberg’s country band (fresh from their “Dueling Banjoes” hit) largely fall apart—only “Meet Me in the Morning” would make the final cut. Their tempo never seems to settle. Whereas Dylan is often solemn and reflective, the band tends to be bouncy. Dylan got rid of them after a single evening. Most takes on More Blood, More Tracks feature just Dylan and bassist Tony Brown, culminating in the four other New York versions to appear on the finished album: “Shelter from the Storm,” “You’re Gonna Make Me Lonesome When You Go,” “Buckets of Rain,” and “Simple Twist of Fate.” These tracks have a quiet intensity. But even here Dylan struggles to find a tonal balance between jaunty and maudlin. The tracks rerecorded in Minnesota (“Idiot Wind,” “You’re a Big Girl Now,” “Tangled Up in Blue,” “Lily, Rosemary and the Jack of Hearts,” and “If You See Her, Say Hello”) are in contrast much noisier, and Dylan responds with greater excitement to the driving drums of jazz percussionist Bill Berg. Guitarist Kevin Odegard felt he was playing with a “snarling, spitting” Dylan who was “throwing an agonizing poetic tantrum.” If the New York sound was of a coffeehouse performance, the Minnesota sound is of a bigger auditorium show.

The twice-told quality of its production helped to make Blood on the Tracks such a revered album, but it remains best known for its astounding lyrics—among the strongest that Dylan ever penned. The most fascinating feature of More Blood, More Tracks is the accompanying booklet of “Photographs, Writings and Memorabilia,” which includes high-resolution images of the tiny notebook pages in which Dylan laid out the verses for each song. Begun months before recording, these first drafts offer an incredible glimpse into Dylan’s poetic process, revealing, for example, three separate attempts at “Idiot Wind.” Among the surprises is the fact that one of Dylan’s most iconic dicta—“keep on keepin’ on,” from “Tangled Up in Blue”—was initially written as the far more pedestrian “keep on pressing on.” (It had become “keepin’ on” by the time Dylan entered the studio.)

“Tangled Up in Blue” is clearly the star of Blood on the Tracks. A strong competitor for Greatest of All Time (The Telegraph called it “the most dazzling lyric every written”), it has remained one of Dylan’s most protean productions, with lyrics and arrangements changing drastically in his performances over the years. Dylan’s lyrics have often been unstable, always susceptible to revision, but “Tangled Up in Blue” has been especially altered and rewritten over the course of his career. The pronouns in particular—she and him, you and I—have gone through many iterations, each changing the positions in a love triangle, and fans may enjoy the earlier version available on More Blood that assumes a perspective both more voyeuristic and more enthralled.

But while “Tangled Up in Blue” may be the star, “You’re Gonna Make Me Lonesome When You Go” steals the scene. This short song has always been my personal favorite on the album—partly because Dylan claims to be looking for a girl in Ashtabula, Ohio, about an hour from where I grew up, but also because he rhymingly compares his troubled relationships to the affair between Verlaine and Rimbaud—and More Blood really opens it up. The lyrics notebook reveals that the refrain was originally written as a less-sonorous “You gonna make me miss ya when ya go.” Interesting alternate lines are provided parenthetically, such as “(Up til’ now the road’s been steep, / I been killin’ time, fighting sleep.)” In the studio, Dylan goes through eight takes in a row with the band on the first day of recording. On the first take, the song falls apart on the line “When something’s not right, it’s wrong.” The band can’t get the rhythm, so Dylan changes the line to “When something’s not right, it must be wrong.” But this lyric is inferior, and it leads into a bizarre bump-along jug band version. Dylan returns the next morning with Brown and knocks it out in two takes.

The brilliant “Up to Me” perhaps epitomizes the studio work here. “Up to Me” is a brilliant song with killer lyrics (“In fourteen months I’ve only smiled once and I didn’t do it consciously”), but Dylan left it off the album, possibly because it sounded too much like “Shelter from the Storm. (He later released “Up to Me” on the 1985 Biograph). His ability to discard such a gem is what makes Dylan’s work on Blood on the Tracks so fascinating. He was clearly building an album, not strategizing singles for radio play. As Jeff Slate notes, More Blood, More Tracks is “a portrait of an artist who never seems to tire of the chase.” It’s not the voice of a generation speaking truth to power; it’s a man trying to get a grip in a slippery world.

The Dylan fans laying out Nobel laurels hail largely from the generation that came to his music in the 1960s. Those of us born later found it through different channels. (My earliest memory of Bob Dylan is actually of Dana Carvey’s impersonation on Saturday Night Live.) It’s hard to know which Dylan—if any!—will be most popular for a generation weaned on the Internet, but I suspect that Seventies Dylan will be a strong contender. Spotify lists “Knockin’ on Heaven’s Door” (1973) as Dylan’s most popular track, and the video for Miley Cyrus’s 2012 cover of “You’re Gonna Make Me Lonesome When You Go” has over sixteen million views on YouTube. Blood on the Tracks is a record of the Watergate era, a self-reflective record of loss and uncertainty that realizes you can’t go back. For aging millennials in the age of Trump, Dylan here offers a post-disillusion vibe and timeless advice for getting through: Keep on keepin’ on.

1. The Norton Introduction to Literature has alternately included “Mr. Tambourine Man” (1965) and “The Times They Are a-Changin’” (1964) in recent editions.

6. While the process here is different, customers picking up the one-disc sampler may be reminded of Let It Be… Naked (2003), Paul McCartney’s stripped-down, “un-Spectorized” version of the classic 1970 Beatles album.

8. Some notebook pages of “Tangled Up in Blue” were accidentally omitted from the More Blood, More Tracks booklet, but Dylan’s official website now supplies them.

I Can’t Believe What I Just Watched on TV 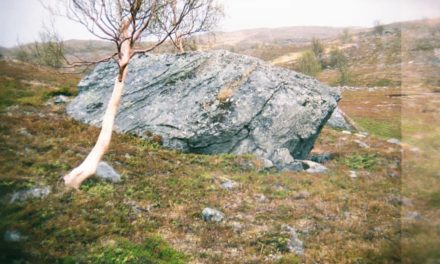 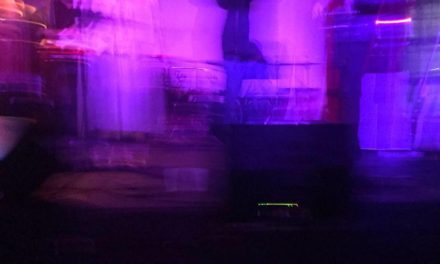