Paul Jorion asks, “what is Livingston’s argument? Does he say that work is an abomination and if we had an ounce of reason, we would never have learned to love it? Or does he say that there is no more work and that we should mourn it? These are, of course, different conclusions and their assumptions are different. In the first case, if we should never have learned to love work, then our present era doesn’t differ at all from those that preceded it, and our own stupidity – of which our love of work would be the confirmation – is a constant.”

From the point of view of abstract reason, these two arguments do indeed look like logical alternatives. From the perspective of a historian, however, and in particular a historian who has taken Hegelian dialectics as seriously as James Livingston has, there is no real choice between them. Smart and stupid are historically relative, as is reason itself. History, which as Livingston argues has been slowly pushing toward the abolition of work—that is, work in the sense that Hegel himself celebrated, as a mixing of oneself with the world and therefore as a means of self-transcendence– has thereby made it possible and then increasingly likely that we will find work an abomination and will castigate ourselves for our stupidity in loving it. From a Hegelian viewpoint, the moral judgment of work and the socio-economic forecast for its place in our future cannot be fully disentangled from one another. So it is entirely right and proper to work, as Livingston does, in both registers at the same time.

As Jorion correctly points out, the moral judgment of work goes back at least as far as Lafargue’s The Right to Be Lazy (1880); it’s not this morning’s headline news. But a loose rather than a tight correspondence with today’s modernity was to be expected. Just as slave society and aristocratic society generated a certain contempt for manual labor on the part of slaveholders, aristocrats, and their friends, so capitalism brought with it a productivist ethic. But it also brought (this too is old news) a technological revolution that was quickly perceived to hold the theoretical potential both to emancipate those who suffer most severely from work’s burdens and to foreclose the possibility of such meaningfulness as work has traditionally offered—at least to some, most often to those who were paid to work with their heads rather than their hands. Both the promise of emancipation and the threat of loss: that’s the ambiguous prospect, generated from within capitalism itself since the nineteenth century, that Livingston eloquently and forcefully urges progressives to face up to now rather than being urged on, as we tend to be, by the political goal of full employment and the ethic of finding meaning in work.

It seems important to say that some progressives have been way ahead on this—feminists, in particular. At least as early as the 1970s, the scandal of women’s unpaid labor in the family has stimulated feminist thinking and re-thinking about how to measure the value of socially necessary labor, like the labor of biological and social reproduction as well as caring for the old and the sick, without depending on the valuation or (in many cases) the callous indifference of the capitalist market. Neoliberalism has brought that subject back in a big way, as witnessed by the brilliant recent book by Melinda Cooper, Family Values. The key agent of emancipation for many of them, including Cooper, is not technology but the state, which (supposing the political will exists) can of course take over supposedly “private” functions from the family and thus emancipate women from unpaid labor that had been naturalized as an obligation.

One notable difference between me and Livingston, I think, is the positive importance I give to the state. I don’t say this so as to bring the issue down from utopian speculation to practical implementation—on the contrary, I appreciate Livingston’s willingness to stay free enough of the implementation question to give Universal Basic Income, for example, time to be discussed in the right spirit. But even in some distant future, who or what else is going to match up people with socially necessary tasks? Who or what is going to try to do so more equitably than capitalism has? It seems unlikely that if everyone does exactly what they feel like, and nothing else, all the socially necessary tasks—and there will always be socially necessary tasks—are somehow guaranteed to get taken care of. On the other hand, it does not seem unlikely that, with some political pushing, more equitable and more imaginative arrangements could be arrived at and win majority support. Primary voters for Alexandria Ocasio-Cortez this years, like Bernie Sanders voters in 2016, seemed ready to espouse Danish- or democratic socialism. Not long ago that would have sounded like science fiction.

Our differences about the (welfare) state—me being more statist, Livingston more anarcho-liberal, though I imagine he might not relish this terminology—are I think closely related to the differences Livingston has with feminist theory since the 1970s. For all their impatience with how work has been defined, allotted, and remunerated, most feminists would hesitate to use the profane if emancipatory imperative that Livingston was forbidden from taking as his American title and that we Americans are grateful to Flammarion for restoring. Fuck work? Well, we are glad the words are comprehensible to French readers. But no, not exactly. What the feminists seem to have been suggesting, in different inflections, is that there is such a thing as socially necessary work—work without which life cannot go on. That work has to happen. It cannot and should not be told to fuck off. Doing it, at least if one has other options, is one thing that can make life itself feel meaningful. The challenge is to find a proper way of arranging and rewarding it. The least one can say is that it should be as well rewarded as the more profitable but less socially valuable kinds of work we see around us today.

My French is not good enough to decide precisely how sarcastic Paul Jorion may have intended to sound in making his concluding reference to the colonizing of outer space. But even as a fantasy, the adventure of extra-terrestrial colonization is a good object to contemplate if you want to take the measure of where we are with regard to work. Consider Kim Stanley Robinson’s Mars trilogy (Red Mars, Green Mars, and Blue Mars). Its subject is the colonization of Mars. For Robinson, robots have taken over the many kinds of extremely onerous labor without which the rendering habitable of a planet without a breathable atmosphere would be impossible and perhaps even inconceivable. Here automation is entirely emancipatory. On the other hand, the trans-valuing of work that Robinson presents is not just a matter of improved robot technology. Mars functions without a cash economy. If human labor has become more rather than less meaningful, it’s for that reason as well. The colonists perform much labor of technical innovation—for example, programming the robots to accomplish previously unimagined tasks—and they can see the meaning of it. But they also perform much labor of social and political organization– the labor (and you can see how much time and energy and creativity is involved in it) of winning and sustaining support for controversial initiatives that will make demands on others. In The Human Condition, Hannah Arendt distinguished action, in particular political action, from both labor (merely reproducing biological life, and for Arendt unworthy) and work, which produces objects that persevere, but again does not win Arendt’s respect. But once you move away from the cash economy, as Robinson’s space adventure encourages, the line between work and politics blurs. This is work that even Arendt would not want to say fuck off to.

In popular culture, apocalyptic narratives of the end of the world as we know it, often featuring zombies, almost invariably involve the few but fascinatingly random survivors in a parallel rediscovery of socially meaningful work. One function of the apocalypse is the erasing of the cash economy, which rewarded work according to criteria other than social necessity or meaningfulness. The apocalypse has suddenly rendered these other criteria absurd and has replaced them by the criterion of what is socially necessary. Under the new historical conditions, the obtaining of food, clothing, and shelter reassert their significance as socially necessary, and therefore as meaningful. One could of course dismiss the post-apocalyptic hunger for meaningful work as mere nostalgia for the work ethic, but that seems too simple, too dismissive of the utopian impulse that so often underlies the near-total destruction we enjoy in our popular spectacles. Developing this impulse falls well within the parameters of Livingston’s pragmatism. It will not require either zombie apocalypse or travel to outer space. 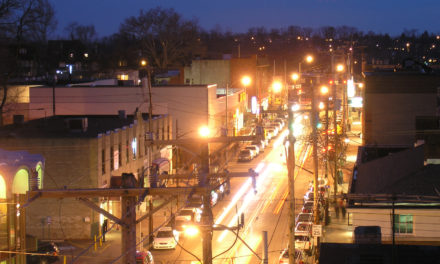 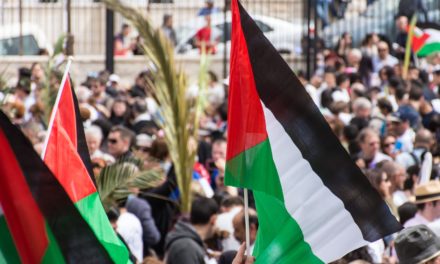