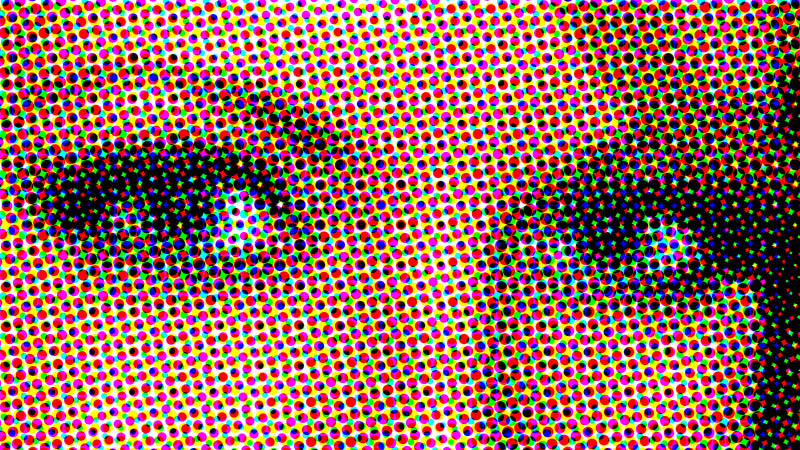 “A guy walked up on me and said to me, ‘Leave Trump alone. Forget the story,’” Stormy Daniels told Anderson Cooper on 60 Minutes Sunday night. It was 2011 and she was in a parking lot. Her baby daughter was in the car seat and she was on her way to the gym. The man then “leaned around and looked at my daughter and said, ‘That’s a beautiful little girl. It’d be a shame if something happened to her mom.’” The threat worked: Daniels was “rattled.”

The scene is straight out of one of those movies where nothing good happens to women in parking lots or garages and the words “It’d be a shame if …” are downright terrifying. It is quite credible that such a threat would stay with a person and shape their decisions for a long time to come.

Five years later, when Daniels signed a Non-Disclosure Agreement, and then some statements denying she had ever had sex with Trump, there was no explicit threat of physical violence, but Daniels was again intimidated. “The exact sentence used was, ‘They can make your life hell in many different ways,’” she told Cooper.

Regarding these two experiences, Daniels is willing to say she was afraid and felt she had no choice. Why then does she offer such a different account of the events that took place in the room in Lake Tahoe in 2006, where, by her own account, she felt pressured to have sex with Trump and also felt she had no choice?

It was her own fault, she says: “I realized exactly what I’d gotten myself into. And I was like, “Ugh, here we go.” (LAUGH) And I just felt like maybe– (LAUGH) it was sort of– I had it coming for making a bad decision for going to someone’s room alone and I just heard the voice in my head, “well, you put yourself in a bad situation and bad things happen, so you deserve this.””

The bad thing was sex with Trump. The voice in her head that told her she deserved it? That was her #MeToo moment.

She had gone to have dinner with a wealthy, powerful man, hoping to get ahead. She was not attracted to him. When she went to the bathroom, he moved from the dining table to the bedroom. When she returned, she found him “perched” on the bed. His body language was clear. She even imitated it during the interview, miming with her body the open torso of male expectation.

Anderson Cooper: Did you view it as “this is a potential opportunity. I’m gonna see where it goes?”

Stormy Daniels: I thought of it as a business deal.

Trump had lured Daniels with Weinstein-style promises. At dinner, she says, he said: “Got an idea, honeybunch. Would you ever consider going on and– and being a contestant?” On Celebrity Apprentice, he meant. “And I laughed and– and said, “NBC’s never gonna let, you know, an adult film star be on.” On the contrary, he reassured her: “That’s why I want you. You’re gonna shock a lotta people, you’re smart and they won’t know what to expect.’” He knew what he expected, though.

Anderson Cooper: And you had sex with him.
Stormy Daniels: Yes.

She says she didn’t want to; but she did it of her own volition, she insists. Thus, Daniels rejects the #MeToo label. She does not want to be a victim. She was not raped, she says, and she does not want to undo the valid claims of the women she calls the “true victims” – women in the #MeToo movement who were raped or coerced. Her concern for the other women is laudable. But it misses the point: the offenses against women charted by #MeToo range from outright sexual violence to coercion to pressure to quid pro quo.

Did Daniels comply because she worried about what might happen if she didn’t? Was there a frisson of danger in the air? An ambient threat? Did she not want to risk making a scene? Or losing out on a job she wanted, that he had said she was right for? Many women will recognize the #MeToo calculation. It is easier to relent to the known than to refuse and court the unknown: his anger, his disappointment, perhaps his vengeance. Women who make those calculations also seek to own their choices, constrained as they are, so that they will not be seen as “victims.” Nobody wants to be a victim.

A Washington Post article about Daniels puts her in the context of powerful women in the adult film industry. Daniels is impressive, unblinking in the media spotlight, and self-possessed. But that doesn’t mean she could— until now — totally burn the standard script of misogyny, nor does it mean she had the power fully to rewrite her role in it. The #MeToo movement calls attention to the scripts that are foisted upon us while we nonetheless assume we are responsible for them: the ones that oblige and then silence women, while falsely promising all sorts of opportunities or rewards.

We need not call her a victim, nor a survivor, in order to see that the power that had earlier that evening allowed Daniels to playfully spank this man out of his self-regard was momentary and had in any case been granted to her as a noblesse oblige. In patriarchy, women with spunk are allowed to spank men (i) because the men enjoy the temporary release from having to be powerful ALL the time and (ii) because they know the power is theirs to reassume at any time. For the men, it is just role-play. The women are rattled.

Does it matter that Daniels was in that hotel room hoping to advance her career? Yes, it matters, but not in a way that leads to her undoing. How many men have had dinner with potential employers — seeking professional advancement — without fear of such extortion?

Daniels says she KNEW Trump wasn’t going to deliver on his promises. She was way too savvy to fall for that, she says. But she lets her hope show for a second and anyone moved by #MeToo should be moved by this too. Trump later called to say he “’just wanted to give [her] a quick update, we had a meeting, it went great… [and] they’re totally into the idea.” He was suggesting she would get her shot on his show. Her response, she says, “was like ‘mhmm,’” and she adds: “that part I never believed.” But when Anderson Cooper asks: “Did you still get the sense that he was kind of dangling it in front of you…To keep you interested, to keep you coming back?” Daniels replies: “Of course, of course. I mean, I’m not blind. But at the same time, maybe it’ll work out, you know?”

Her cynical knowingness (“I mean, I’m not blind”), which makes her NOT a victim, does not quite extinguish the still faintly hopeful optimism (“maybe it’ll work out, you know?”) that makes her if not a victim then perhaps a casualty of the misogyny we all live with. If she thought she deserved what she was getting that night, it was not simply because she had made the bad call to go for dinner “to someone’s room alone.” It is surely because she allowed herself to go to that dinner hopeful; hopeful that she could get into a more respectable and better-paid line of work, out of pornography and into the Celebrity Apprentice (that 50 shades of upward mobility that can make quite a difference). The offense was not that Daniels went to a powerful man’s hotel room. It was that she did so because she did not want to accept her place in the world, because she hoped for more. And rather than her abusing his desire, he abused hers as he used the illusion of consent to maneuver her onto a casting couch for a role that did not exist and never would.

When Daniels says “I was not a victim. I’ve never said I was a victim,” she may be thinking of her second meeting with Trump. A year later she was in a similar position, this time in Trump’s Beverly Hill Hotel bungalow, and she flipped the script: when Trump approached her for sex, 4 hours after she arrived, she said: “Well, before, you know, can we talk about what’s the development?” And he was like, “I’m almost there. I’ll have an answer for you next week.” And I was like, “Okay, cool. Well– I guess call me next week.” And I just took my purse and left.”

Alyssa Rosenberg rightly notes in the Washington Post that “as a cultural milestone, the most radical thing Cooper did was refuse to treat [Daniels] as if she was irresponsible or immoral, or as if she were less than credible simply because of what she does for a living.” He did not shame her or suggest her job – which is legal – made her less credible.

But he did miss one big opportunity when asking her about that first meeting with Trump in Tahoe:

“It was entirely consensual” is a sentence that bears little connection to the event described. And Daniels’ “Oh, yes, yes” is a clue that should not be overlooked: it literally doubles down on her insistence she is not a victim, while sounding the trite refrain of faked orgasms heard round the world.