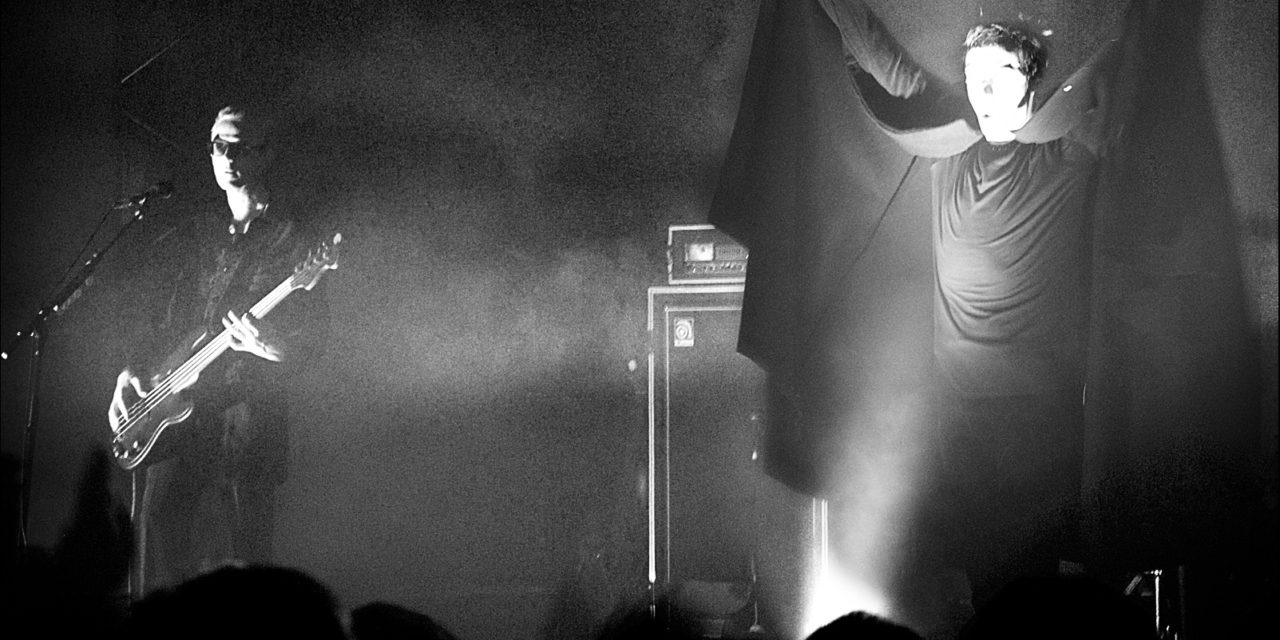 In my review of Eric Bolander’s new album, The Wind, this week, I noted he was brave enough to cover Prince, and he pulls it off.  Prince should not be covered, it is nigh-on impossible to do justice to the man’s music.  Aside from Bolander, I noted Sinéad O’Connor did a brilliant job with ‘Nothing Compares 2 U.’  Certainly, she was helped by that video, as that tear travelled down her cheek.   And Patti Smith’s cover of ‘When Doves Cry‘ is note-worthy.  Of course, we’re talking about Patti Smith, she could make the phone book sexy and interesting.  But, for the most part, Prince covers are cringe-worthy.

Bauhaus are a band that should be avoided when thinking of covers.  Mere mortals cannot improve on the original.  Or even do justice to it.

Bauhaus were trailblazers.  They invented goth music, imbued with a strong sense of (original) punk and post-punk. They were there for the invention of both punk and post-punk, after all, forming in 1978.  They only lasted until 1983 before the egos, most notably frontman Peter Murphy’s, got in the way.  They were all brilliant musicians, especially guitarist Daniel Ash.  And Murphy was an excellent frontman, from the David Bowie/Iggy Pop school of frontmen, with a wide vocal range and powerful voice.  Their legacy is massive, I’m not exaggerating in saying they were one of the most important bands of their era.  They also were a capable cover band, as their version of Bowie’s ‘Ziggy Stardust,‘ shows.

I have heard literally 100s of Bauhaus covers in my life, including by friends in bands.  And, frankly, they all sucked.  A band I was in once had the idea of doing a Bauhaus cover, I can’t remember which track, it was a deep cut.  Fortunately, we caught ourselves before making ourselves look like fools.

In the past year, though, I have come across two Bauhaus covers that not only don’t suck, they’re excellent.  Wonders never cease to amaze.

The first one, by Calgary band Preoccupations is a straight cover.  They take ‘Dark Entries‘ and, frankly, they sound like Bauhaus, perhaps well aware messing with perfection is a mistake.  (As an aside, Preoccupations used to be called Viet Cong, but they were forced to change their name).  The music is faithful to the original and frontman Matthew Flegel’s voice, while not as dynamic as Murphy’s, is alienated and deep.

And then there’s the hardcore supergroup, Dead Cross.  Comprised of members of Slayers and Locust, the band is fronted by the mercurial and truly unique Mike Patton, he of Faith No More and Mr. Bungle (amongst others) fame.  Their début album, the eponymous Dead Cross, came out last summer. On it, they take on the most mythical of Bauhaus tracks, ‘Bela Lugosi’s Dead.’  This is a brave statement that perhaps can only be made by veteran musicians.

The original is 9-and-a-half minutes long, centred around Kevin Haskins’ insistent drumming and his brother, David J.’s steady bass.  Atop that, Ash’s guitar shimmies, screeches, soars, and slides.  And then Murphy groans, moans, and regales the lyrics of the death of Bela Lugosi.  Surprisingly, a lot of artists have attempted to take on this track and failed miserably.

Dead Cross, however, make it their own.  In only 2.34, beginning with fuzzed out bass, and shimmering guitars, Patton, well, he does what Mike Patton does.  His voice is a low growl, building to a ferocious shout.  The song is quivering energy, it never fully explodes, these veterans keep it contained.  Smartly.  And then it ends.  Just like that, with Patton chanting ‘Undead, undead, undead.’

Back in undergrad, my girlfriend at the time, Tracy, thought Bauhaus to be scary music for bad people.  She wasn’t entirely wrong.  ‘Bela Lugosi’s Dead’ outright frightened her, it gave her goose bumps and made her skin crawl.  It is a nefarious song, I have to agree.  I’m currently blasting a live version of the song, recorded on 9 November 1981 at the Hammersmith Palais, at the height of Bauhaus’ power.  I live in the middle of nowhere, the only thing moving outside are the animals that go bump in the night.  My dogs, perhaps recognizing the unholiness of this track, are upstairs, far from the music. Only the cat is willing to brave this track.  I think that says all you need to know.