Tim Burgess — As I Was Now 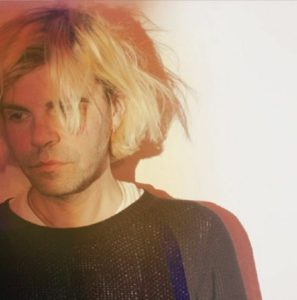 As I Was Now
O Genesis

Tim Burgess is better known as the frontman of the Charlatans UK (at least here in the US, in their native UK, they drop the UK from their name because, duh).  The Charlies, as they were known in the UK music press during the Madchester days, aren’t actually a Manchester band, but got grouped into that scene in the late 80s.  They just celebrated their 30th anniversary with a set of gigs in their native Northwich, UK.  Burgess also has a great Twitter, and interacts with his fans a lot.  So, anyway, he dropped this solo album like it was nothing, and doesn’t seem to be doing a hell of a lot of press.  He doesn’t really have to, and dropping the album isn’t much effort for him, since he owns his own record label.  The title derives from the fact it was actually recorded in three days between Christmas and New Year’s in 2008.  And then, well, it seems Burgess thought he released it.  And then, not so long ago, he was talking to Debbie Googe of My Bloody Valentine, who played on the album, and she asked him whatever became of the music.  So, turns out he didn’t release it after all.  And so here we are, his Record Store Day release for 2018, at least on the other side of the Pond. It just came out last week in the US and Canada.  That’s also the source of the title of the album.

Now, the Charlatans are pretty much my favourite band of all-time, along with Sonic Youth.  Oddly enough, though, I haven’t really been a big fan of Burgess’ previous solo music.  It always seemed to me that this is where he worked out his ideas that led to the basis of Charlatans’ songs.  So, they were kind of like sketches, whereas the Charlatans created the full, fleshed-out painting.  But, this is something else.  He has called his gang of friends who played on As I Was Now his dream supergroup (aside from Googe, it also included Josh Hayward of the Horrors and Steffan Halperin of the Klaxons).

And maybe because it was a collection of good friends who made this album that is sounds so fleshed out, the songs are fully composed and developed ideas.  ‘Many Clouds’ also includes some very heavily-My Bloody Valentine-like swirling guitars.  First track, ‘Clutching Insignifiance’ seems like the most Charlatans-y track on the album in many ways, mostly because of the hovering organ that leads the melody around.  The bassline also sounds like a Martin Blount bass.  My favourite part is the plunking post-punk guitar that starts the song and pops up throughout.

Stylistically, the album is kind of diverse, though held together by Burgess’ unmistakable voice.  ‘Nik V’ is is a post-punk dance track that brings to mind, at least musically, early Sisters of Mercy, if they had got drunk with The Cure, c. 1982.  But, back to Burgess’ voice.  What I find most remarkable is that he has been doing this for over 30 years.  He has put out 13 albums with the Charlatans and three on his own.  And yet, his voice has pretty much remained the same for all these years. It hasn’t got thinner with age (like Bono’s), it hasn’t got deeper (like Nick Cave’s).  It has remained at the same pitch.  I wonder what his secret is?