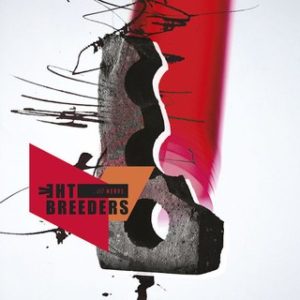 I’ve never really bought into the Cult of Kim Deal.  Sure, she was a wicked bassist and all that with the Pixies.  But she did not make the band.  The Pixies still sound exactly like the Pixies without her.  She wasn’t the star of that show, Black Francis is.  And say what you will about the clash of egos there, the idea the Pixies are not as mighty without her is bullshit.

BUT.  Kim Deal is a killer frontwoman.  The Breeders are one of the greatest bands of the 90s, and they continued on into the last decade, though really just Kim and her twin sister, Kelley, fronting a rotating cast of drummers and bassists.  But Kim Deal’s music is instantly recognizable, she and Kelley’s guitars are unlike anything else out there.  And Kim’s voice is, well, it is Kim Deal’s voice.  It is sweet, it is a growl, it is unfuckable with.  The Dandy Warhols were right to record the song ‘As Cool as Kim Deal’ back in the 90s.

The Breeders live, no matter who the rhythm section is, is an experience.  And all the indie kids crushing on the Deal twins is also one.  I have seen them live I don’t know how many times, with a variety of backing musicians, in large concert halls, and in intimate rooms.  The Pixies in their heyday were one of the mightiest live bands.  The Breeders have been consistent for the past 28 years.

The Breeders reunited a few years ago with their Last Splash-era lineup, the Deal twins, plus bassist Josephine Wiggs and drummer Jim McPherson.  They toured Last Splash for its 20th anniversary.  And then this, they give us new music.  All Nerve is excellent from start to finish.

‘Wait in the Car’ is my favourite track, both for the song and for the brilliant lyric, ‘I always struggle with the right words/meow meow meow meow meow.’  ‘Walking With a Killer’ is a downright terrifying song, told from the point-of-view of the soon-to-be-murdered victim.  It gives me chills, frankly.  And Wiggs takes the vocals on the very eery ‘MetaGoth.’