Steve Mason — About the Light 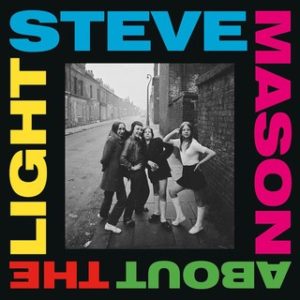 About the Light
Double Six

Steve Mason was the frontman of legendary 90s iconoclasts, the Beta Band.  They’re probably most famous for a scene in High Fidelity, where John Cusack’s character in his record store puts on ‘Dry the Rain’ from their Three EPs, and declares he will sell 10 copies.  You know what comes next.

The Beta Band split in 2004, staggering towards the end under a mountain of debt. And Mason eventually went solo.  His solo ouevre has been interesting, to say the least.  I read a review of his last album, 2016’s Meet the Humans, that argued that his music was becoming more and more accessible over time.  I’m not sure I agree.  The Beta Band were known for their left-field sounds, and Mason’s laconic vocals.  His solo output was been similarly full of left-fieldisms and, well, his laconic vocals.  There is something very comforting about Mason’s voice, I have to say.  It’s easy to settle into and enjoy.

About the Light comes across as a more personal album lyrically than his earlier solo albums.  His Beta Band lyrics were chock full of his battles with depression and anxiety, and, to be fair, that didn’t fully go away with his earlier solo albums.  But here, it seems that Mason is finally happy. Or at least content.  I read somewhere that Mason had relocated from Scotland to Brighton, found a partner, and was a father now.  So maybe this is his happy record.

Musically, it is a departure in a sense from what came before.  There are horns, there are female backing vocals, the music is more uplifting.  And yet, right now, I’m right in the middle of ‘Stars Around My Heart,’ track number 6.  And in the midst of the horns and female backing vocals, the song breaks down and we get classic Mason, a plinking piano, and his vocals in an echo chamber before we get right back to our regular programming.  And the following track, ‘Spanish Brigade’ sounds like an 80s alternative rock classic.  ‘Don’t Know Where,’ the next track, borders on soft rock.  But the video for ‘Stars Around My Heart’!

So what does this mean?  Does it matter?  The long and short is that Mason has a new musical form here, his music is more accessible here.  It’s also poppier and bouncier.  But it’s also one hell of an enjoyable listen.