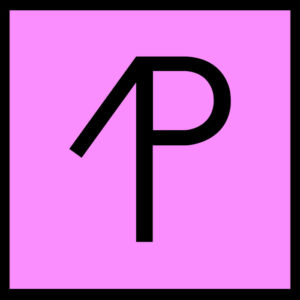 Red Mass is Montréal indie hero, Roy Vucino, and his wife and collaborator, Hannah Lewis.  Vucino is kid of a legend around town, having played with Duchess Says in side project, PyPy, as well as with Birds of Paradise (wth Lewis as well), CPC Gangbangs, Les Sexareenos, amongst others.  Kilrush Drive is their latest, released last Friday.  It is a smorgasbord of sound, to say the least.  Produced by Mingo L’Indien from Montréal experimental noise outfit, Les Georges Leningrad (RIP), with some help Jace Lasek of The Besnard Lakes, and the legendary Martin Bisi, who has worked with everyone from Sonic Youth to Helmet to Swans to Herbie Hancock, this is an astonishing album.

Vucino has said that he doesn’t like the sound of his voice on his earlier recordings, telling people to take them to second hand stores.  But here, he is a commanding and powerful presence vocally, sounding like a combination of Andrew Eldritch (Sisters of Mercy), Joe Strummer, and Billy Bragg.  His voice veers from a growl to a deep-throated yell.  He commands attention here.  Across Klrush Drive‘s 11 tracks, we get a steady dose of post-punk, with angular guitars, whilst Lewis brings the atmosphere, reflecting that post-punk aesthetic, via her bass and keyboards, and her voice, which stands in contrast to Vucino’s growl.  The lyrics tend to be reflective of the world around us, as Vucino and Lewis take on the Christian right, violent cops, and assoholic neighbours.

Kilrush Drive opens with ‘God’s House,’ which Vucino describes as a tribute of sorts to Killing Joke with pounding drums and metallic post-punk guitars and keyboards. Echoes of the Cure can also be heard here. The lyrics note the rise of the Christian right, and the manner in which poverty is seen as a challenge from God, which is not all that helpful in our world: ‘You’ll pay to pray in God’s House/when you can’t afford your home.’

I’m also a big fan of ‘Zoo Face.’  Over a simple electric guitar riff, a driving beat sees Vucino growling about the sentience of animals, challenging Darwinian beliefs.  The following track, ‘Dark Days,’ is acoustic, essentially guitar and bass, as Vucino talks about both the eeriness of the world around us, to say nothing of personal challenges and depression.  He has said that they tacked some strings on the end of this song to channel Nirvana’s Unplugged album.  Me?  I hear something else, Jane’s Addiction here.

‘Terrorizer’ sees a vicious post-punk guitar and nasty scuzzy bass partnered with a thumping drum machine and hip hop/electronica influences.  And the final track, ‘Saturn,’ sounds it could be from anywhere from Led Zeppelin to late-80s Public Image Ltd. Vucino describes it as their poppiest track, noting it’s actually an older one re-recorded here.  I don’t know if I’d call it poppy, but I would call it catchy as all get out.

That Red Mass isn’t world famous is a nothing short of a crime. I’ve been listening to this almost non-stop for the past week.  Go buy this album. Now!