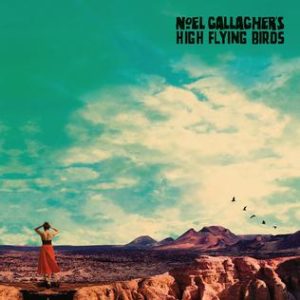 If you’ve paid any attention to rock’n’roll for the past three decades, you will know that Liam and Noel Gallagher do not like each other much.  Liam is the ex-frontman of Oasis.  Noel is the ex-lead guitarist and main songwriter of Oasis.  They are, of course, brothers.  Liam just put out his own solo album, As You Were.  Much to my surprise, it’s excellent.  Noel is a little more experimental than his brother and is, on the whole, the much more accomplished musician.

Who Built the Moon? is not exactly what you would expect from the former Oasis man.  Or at least the first half of the album isn’t.  It has the feel of late 70s cocaine music: disco beats, falsetto-ish vocals, and processed drum beats.  And the lyrics are kinda corny, most notably in ‘She Taught Me How to Fly,’ which has a very New Order-y feel to it.  Gallagher is no stranger to dance music, of course, given his cameos with a variety of electronic bands over the years, most notably with the Chemical Brothers.

But, then the album settles into more of an album you’d expect Gallagher to make.  He brings out his guitar, creates a few wicked licks, and sticks closer to the rock format that made him famous.  Highlights include ‘Be Careful What You Wish For’ and ‘If Love is the Law.’

These are dark days, my friends.  I detested Oasis, I always saw them as a weak, warmed over version of the Beatles.  I sided with Blur in the great Britpop debate of the 1990s.  But here in 2017, I find myself playing albums by the Brothers Gallagher over and over (another great feature of the dissolution of Oasis is that former bassist Andy Bell has been free to re-unite with his brilliant early 90s shoegazer band, Ride).