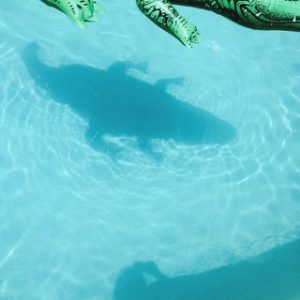 [Editor’s note: We took some time off from reviews because not much happens in terms of new music from late November to early January. We are back now.]

The problem with music can often be it all sounds the same.  The UK is going through an explosion of angry, male, post-punk bands these days, and, whilst I dig on many of these bands (most notably Idles), there is so much derivative shit out there, it depresses me.  This always happens with any form of music, we get the trailblazers and then we get the derivative copycats.  So, another UK post-punk band didn’t excite me at first when Shopping’s new album, The Official Body, came across my speakers.  I sighed and pressed play.

Turns out it was a good move.  Shopping is classified as post-punk, but they’re all over the map, their influences are easy to find, from Talking Heads to EDM, to Public Image Ltd., and so on.  But they don’t sound like anyone.  Frontwoman Rachel Aggs (as an aside, my MacBook recognizes the word frontman, but frontwoman is in error) is the main reason for this, from her monotonal, distant voice (reminiscent of early PiL and John Lydon) to her idiosyncratic guitar work.  Her guitars are jagged and edgy (hence the post-punk categorization), but there is so much more going on, both in terms of fretwork and chords, as well as sound.  Bassist Billy Easter fleshes out the sound with effects and odd chord progressions, whilst drummer Andrew Milk pounds out something resembling a rhythm behind them both.

Shopping are based in both London and Glasgow, which I imagine creates complications, though they have managed to pump out three albums since 2013.  They came together that year out of the ashes of an earlier band the trio played in, called Covergirl.  Aggs is also very busy, as she is also in London band Trash Kit, as well as the Scottish band Sacred Paws, and she does all kinds of other things as well.

The songs are held together by Aggs’ voice and guitar, but the drums and bass change on each track, though it’s all recognizable.  Since I pressed play on The Official Body, I have pressed repeat three times.  This is urgent music.