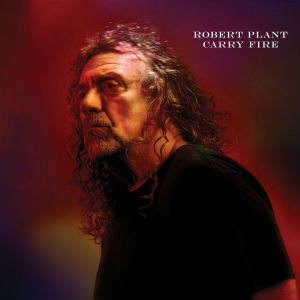 My buddy Rob says that Robert Plant became a musician over the past decade.  I think that’s a bit harsh, Plant wasn’t just a pretty face in Led Zeppelin.  Take, for example, the writing of ‘Kashmir,’ which took several years for the band to put together.  Jimmy Page wrote the bulk of the music, with input from both John Bonham and John Paul Jones, but also from Plant.  Plant was, of course, the lyricist for the band.  And writing lyrics for ‘Kashmir’ was particularly challenging for Plant due to the complexity and time signature of the music.  In other words, it took a musician to write those lyrics (Also, check out Plant’s utter coolness in the video for ‘Kashmir’: Page, Bonham, and Jones are all drenched in sweat from the exertions of playing live; not our Robert, he casually saunters up to the microphone, throws his hair back and lets ‘er rip).

But as far as I’m concerned, Zep’s last great album was IV in 1971, the rest of the 1970s saw the band run some brilliant songs (such as ‘Kashmir’), but the advent of John Paul Jones’ keyboard-heavy songs kinda killed the buzz.  And the bulk of Plant’s solo output has been meh, complete with the somnambulant work he did with Alison Krauss.

So, my expectations weren’t exactly high when Plant’s new album, Carry Fire, came across my desk.  And to say I was surprised is an understatement:

I read a review of the album the other day that posits the theory that ‘new fans’ might not even know about Plant’s past.  I don’t see how that’s even possible.  He was the frontman of what many regard as the greatest rock band of all-time.  But this does have me wondering who listens to Plant in the 2010s?  Does he gather news fans from his work with Krauss?  Wikipedia notes that Carry Fire is a Top-20 album pretty much everywhere, including in the UK and US.  So clearly, he has picked up new fans along the way.  But, I seriously doubt many 20-somethings who have ever heard of Zep are rocking out to this album.

Carry Fire runs along a gentle groove, carrying on Plant’s long-standing interest in the music of Africa and South Asia.  Along with a rant about the continued dissolution of the world, and anti-Trump screed, ‘Carving Up the World Again…A Wall and Not A Fence,’ the bulk of Carry Fire sees Plant in a contemplative mood.  I’ve always thought Plant is an under-rated lyricist (though, perhaps not so much on his 1988 hit, ‘Tall Cool One‘).  On Carry Fire, we find the lion-maned one pondering eternity and mortality.  I suppose that’s to be expected of a man his age who has lived the life he has.  First track, ‘The May Queen’ notes that his own light is fading.  On ‘Season’s Song,’ he continues down this vein, noting to his ex-lover that he is ageing and not sure his muse can keep him singing.  Throughout the song cycle of Carry Fire, Plant looks back on his life, his loves, and ponders his declining future as well.  One can’t help but feel we’ve been invited into Plant’s house, invited to sit down at his roaring fire in a comfortable leather chair to listen to the man tell his tales, his experiences, his wild stories, and his hopes and dreams as he gets closer to the end than the beginning.