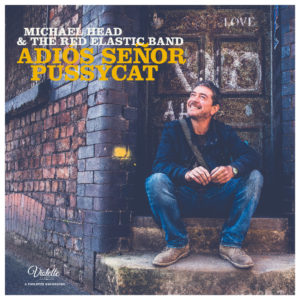 Michael Head is another one of Liverpool’s long line of brilliant musicians who went nowhere (seriously, the NME once put him on the cover and called him a genius). And more’s the pity.   Back in the early 80s, he fronted The Pale Fountains. Formed in 1980, the Fountains weren’t exactly what you would expect to be coming out of the dying industrial cities of England’s north. It wasn’t punk. The Fountains were influenced by the Beatles and Burt Bacharach. Despite landing a record deal, they didn’t go very far and by the 1987, the band had disintegrated. Trumpeter Andy Diagram had already left The Fountains, joining James, who went onto become Britrock kings in the late 80s and early 90s. Head went onto form Shack, which met with a series of disasters. Head then joined his childhood heroes, Love, and toured with them for a few years.

After that, he has fronted two backing bands, the Strand in the late 1990s, and The Red Elastic Band since the turn of the century. But fame and success has proved elusive for Head. He also, it should be noted, fought off a pretty serious, and long-standing, addiction to heroin.

He has re-emerged with Adios Señor Pussycat, the final track of which is actually an adios to the titular kitty. We here at Politics/LettersLive have an affinity for our feline friends. So we understand.

Now in his mid-50s, Head’s voice has mellowed and deepened, but he still carries some of his former self. And quite simply, this album is both beautiful and brilliant. Head writes the anthemic, bold declarations in his lyrics. The songs read as a sort of memoir of Head’s travails and travels through life; tales of sin and redemption, of fame and forgiveness.

If there is any justice in this world, Head will finally find the fame and stardom he deserves. But, of course, there is no justice.